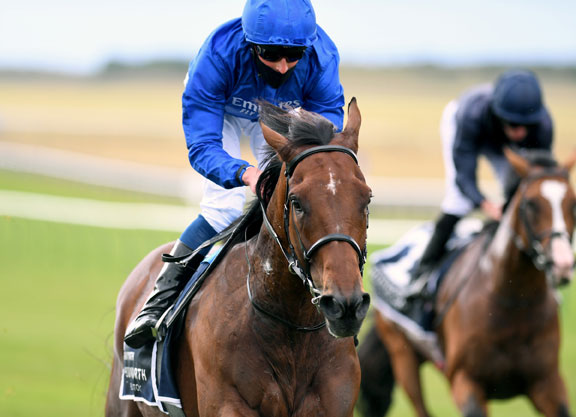 “It was a routine piece of work to check his well-being, and he has come through it without a worry,” Appleby said of Thursday's move. “It was not a strong work, more a breeze, which is normal procedure three days before a race. He's telling us that he's ready now for another big race.

A recent relaxation in Irish quarantine rules for elite athletes means William Buick will be allowed to partner Ghaiyyath.

“We are really looking forward to the weekend,” Appleby added. “He travels to Ireland at the peak of his career, unbeaten in four starts this year, three of them Group 1s, two of which were officially rated the best performances globally in 2020. He's now a 5-year-old and by any standards he is lightly-raced. He has run only 12 times, winning nine and placing twice. This is his fourth season in training, and I believe what we are now seeing is an outstanding racehorse at the top of his game.

“He's going to Leopardstown in as good a condition as we have ever had him. I'm as pleased with him as I was before the Juddmonte International at York, where I thought he was very professional in the manner he went about everything.”