Home » Archive » Shared News » Getting A Line On ‘Chrome’

Getting A Line On ‘Chrome’ 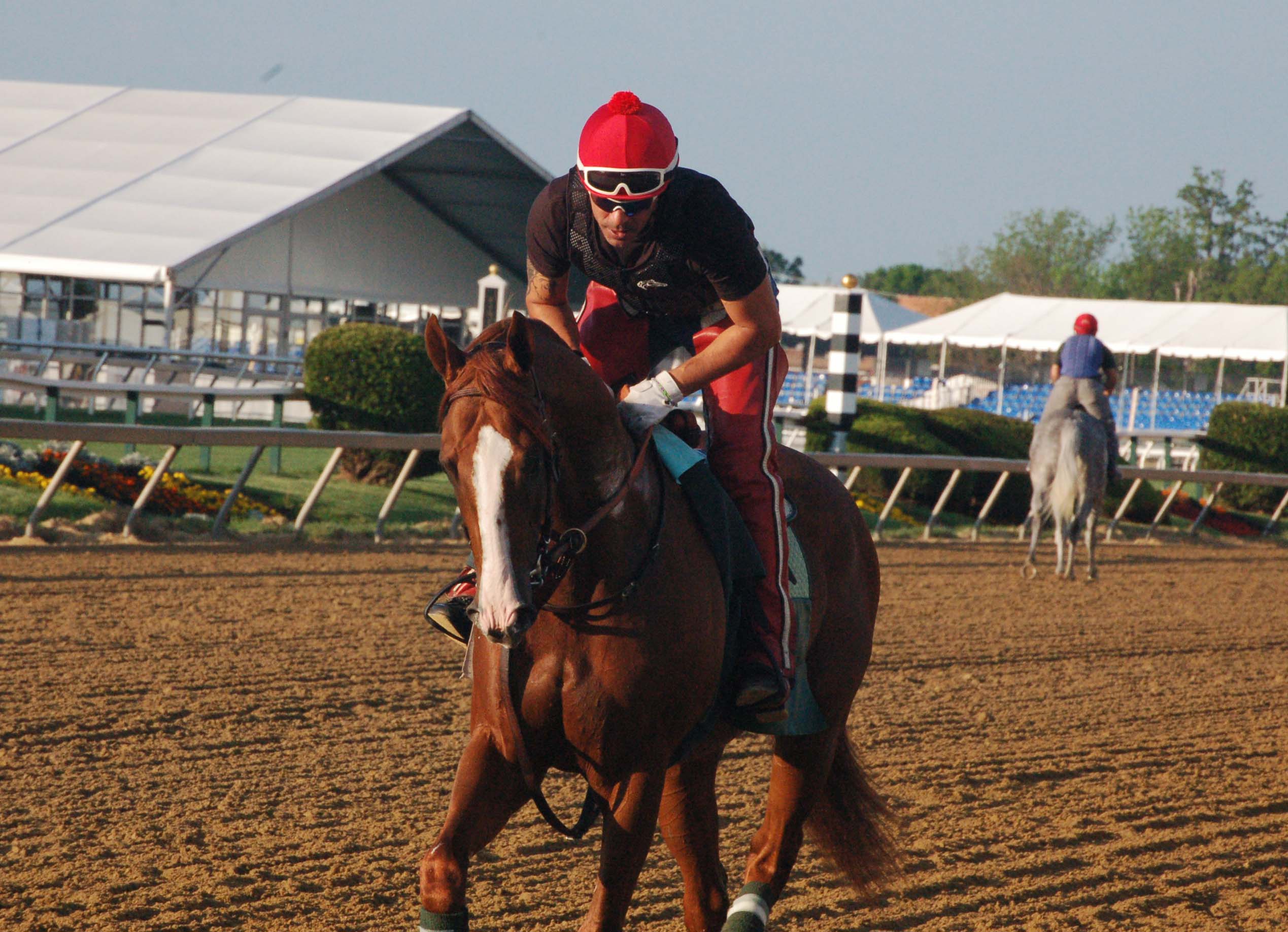 Like many, Taylor Made Farm’s Duncan Taylor was at first simply a fan of California Chrome (Lucky Pulpit). He admired the popular chestnut’s versatility and toughness. For Taylor, that was illustrated by an uninterrupted 18-race campaign that began with California Chrome’s debut sprinting 4 1/2 furlongs in late April of his juvenile year, through his victory in last year’s GI Kentucky Derby, and finally, through a game runner-up try in the G1 Dubai World Cup in March. California Chrome’s $2-million payday in the latter pushed his career earnings to over $6.3 million—the highest bankroll of any horse from the Seattle Slew sire line.

That got Taylor to thinking. “You know where California Chrome came from: it’s humble beginnings,” said Taylor. “But I started looking at his pedigree closer. When a horse is the leading earner from the Seattle Slew/A.P. Indy sire line, that makes you ask, ‘Why did this happen?'”

Taylor’s research not only sated his curiosity. It led to Taylor Made buying a 30% stake in California Chrome.

In July, it was announced that the Nicholasville nursery had bought Steve and Carolyn Coburn’s share. Perry and Denise Martin, who co-bred California Chrome with the Coburns, have retained their 70% interest. It was actually Taylor Made’s vetting of California Chrome that revealed slight bone bruising to the 4-year-old’s cannon bones, and so the colt is currently getting some well-deserved r’n’r at Taylor Made. Prescribed 75 days’ rest by Dr. Larry Bramlage, California Chrome is set to be X-rayed Oct. 1, and if all looks well, will return to trainer Art Sherman’s Los Alamitos-based stable in the second week of October.

So what did Taylor find in California Chrome’s pedigree that he liked so much? Taylor discovered several lines of inbreeding he thought would be particularly appealing in a stallion prospect like California Chrome, a tail-male descendent of Seattle Slew through A.P. Indy, Pulpit and Lucky Pulpit.

“I always knew that Seattle Slew’s dam [My Charmer] was line-bred to the mare Baby League,” said Taylor.

Baby League was a daughter of the great La Troienne, and was herself of fine producer of four stakes winners, including champion Busher. My Charmer was inbred 4×4 to Baby League.

“Now, if you look at Love the Chase, the dam of California Chrome, she’s line-bred to Numbered Account, who is one of the Phipps family’s best mares,” Taylor explained. “Numbered Account was a champion 2-year-old [in 1971], won eight out of 10 starts, and in one race she got beat, she had run three races in 25 days. The other time she was beat by Riva Ridge and Key to the Mint. Then she went on to win the Test S. and Spinster S. as a 3-year-old. So you have a horse line bred to that mare.”

If it sounds confusing without a wall-sized chart in front of you, Taylor put it simply: it’s a lot of Numbered Account, a lot of Baby League, and a lot of La Troienne running into one horse—California Chrome.

“You wonder if it’s a fluke, but when you look at it, you realize there’s a lot of reasons this horse can run,” said Taylor. “In all, California Chrome has seven strains of La Troienne.”

Having California Chrome on the Taylor Made stallion roster–he is scheduled to be retired for the 2017 breeding season–opens up all kinds of interesting possibilities for breeders, said Taylor.

“Obviously you want a variety of mares, but we would love mares with La Troienne,” he said. “Mares by Bluegrass Cat and Super Saver—both of those horses trace back to La Troienne, as does Lady Tak’s sire Mutakddim. Grand Slam, Proud Citizen…those are all horses that carry a lot of La Troienne.”

Of course, it isn’t just California Chrome’s pedigree that attracted Taylor Made to the dual Classic winner.

“We absolutely love the fact the horse is sound,” said Taylor. “That he could run 18 times in 23 months and win four Grade I’s, all without being taken out of training. If you look at the Kentucky Derby winners who have made good stallions, most have good 2-year-old form. We feel he falls right in that category. And physically he’s a very nice horse. He has great balance, has good muscling, and at 16 hands, you could breed him to just about anything. The only thing that you could be critical of is that when he walks at you, he wants to toe out in both front feet. So I wouldn’t breed him to something that toes out. But all in all, we feel very fortunate to get him.”

As for California Chrome’s 2016 campaign, Taylor said nothing’s been etched into stone yet.

“We want to go to Dubai again, but we’re going to put the horse back in training and let him tell us,” he said. “We’re not going to lay out a plan before he’s back in training, because as you know, anything can happen. But we’re excited.”

Taylor said that breeders are welcome to inspect California Chrome while he’s in Kentucky by appointment. In addition, the farm has announced “California Chrome Days,” from Sept. 25-27, where the 2014 Horse of the Year will be available twice daily at 11 a.m. and 2 p.m. The 11 a.m. showing offers a meet and greet with California Chrome; the 2 p.m. showing includes a tour of the farm.