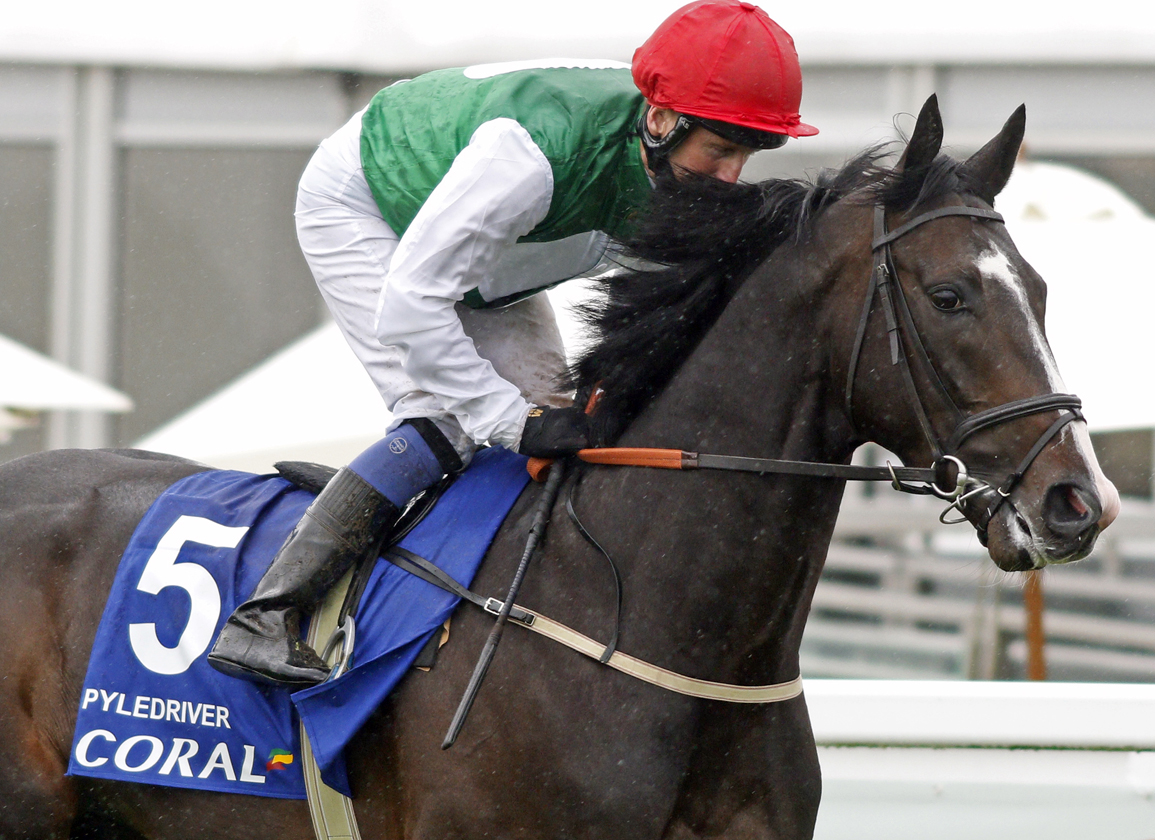 Pyledriver could make his next start in Germany | Racingfotos.com

Group 1 winner Pyledriver (GB) (Harbour Watch {Ire}), who won June's G1 Coronation Cup, is under consideration for the Nov. 7 Grosser Preis von Bayern at Munich, according to co-trainer William Muir. The 4-year-old entire has been out of action since a minor setback ended planned starts in the G1 King George VI and Queen Elizabeth S. at Ascot and in York's G1 Juddmonte International S.

“I'll let him tell me when he's ready,” said Muir, who trains with Chris Grassick. “After York I said I wouldn't set more targets and we'd just go easy for 10 days and trot for a couple of weeks. I'm just going to take my time, it's something minor but I want him to heal properly and not have any scars in his mind.

“He's jumping out of his skin at the moment, he's so fresh and well. I would say the first race we could think about looking at is on Nov. 7 which is the last Group 1 in Europe.”

A winner of the G2 King Edward VII S. at Royal Ascot in 2020, Pyledriver put an 11th-place run in the G1 Derby firmly in the rearview with a win in York's G2 Great Voltigeur S. last August. Third in the G1 St Leger at Doncaster on Sept. 12 and seventh in the G1 Champion S., he was second in the G2 Jockey Club S. on May 1 in his first start of 2021.

Muir added of the La Pyle Partnership runner, “I'm not saying we are definitely going, but it's something we could look at before he went to Hong Kong. I just want to give him all the time he needs because we could start him back and if he was still feeling it he would accommodate for it and pick up a problem somewhere else.

“Basically he's in wonderful form, he's like a raging bull, but we're tip-toeing along. He's had his break and then we can see where we go.”