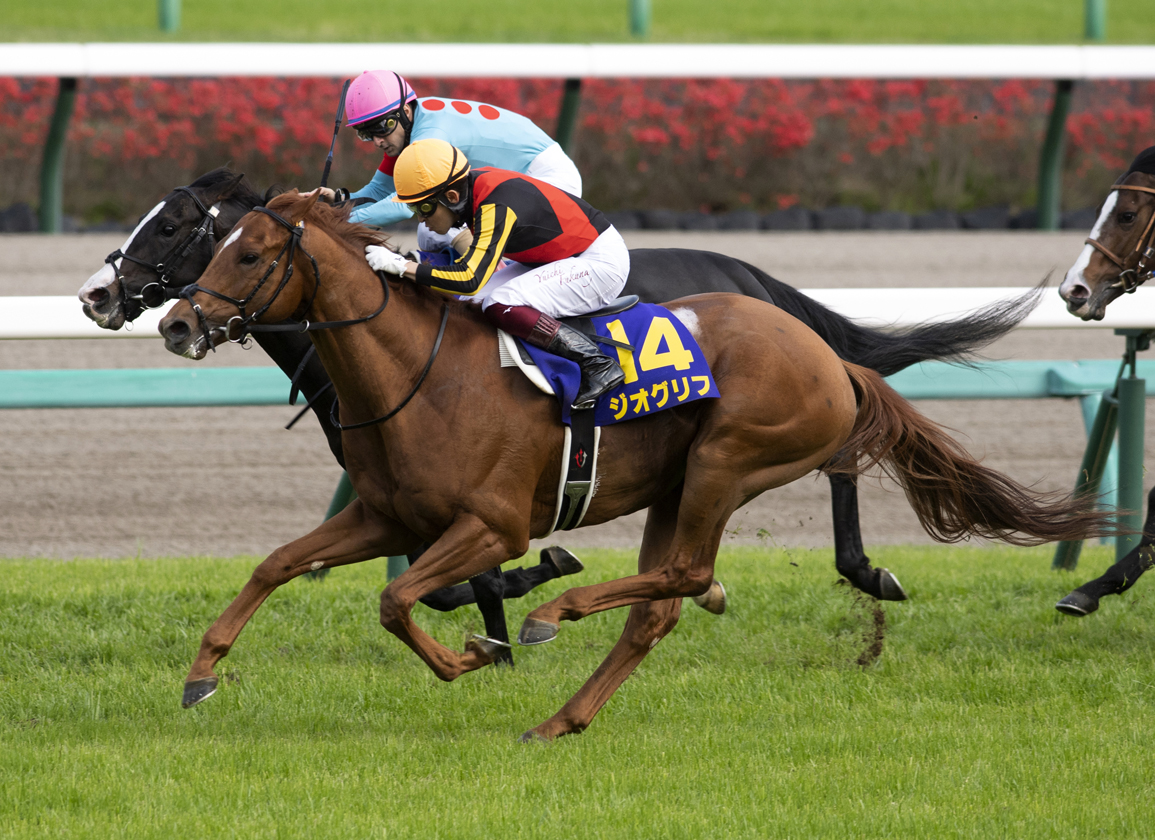 Sunday Racing's Geoglyph (Jpn) (Drefong) closed from off the pace to annex Sunday's G1 Satsuki Sho, the first leg in Japan's Triple Crown. The victory marked the first win top-level win for both Geoglyph and his trainer, Tetsuya Kimura.

Ask Victor More (Jpn) (Deep Impact {Jpn}) soon went to the front as Geoglyph–in tandem with Danon Beluga (Jpn) (Heart's Cry {Jpn})–traveled on the heels of stablemate Equinox (Jpn) (Kitisan Black {Jpn}) mid-pack. Fanned out a few paths wide turning for home, the colt battled for supremacy with the early pacesetter in the final furlong, dug in to overtake his stablemate, gaining a short advantage late en route to a one-length success over Equinox with favored Do Deuce (Jpn) (Heart's Cry {Jpn), last season's champion juvenile in Japan, 1 1/4-lengths back in third.

“His start was good and we were able to sit in an ideal position which was crucial in winning today,” said winning rider Yuichi Fukunaga, who also won the Japanese 2000 Guineas with Contrail (Jpn) in 2020. “I already knew that he was in good form when I rode him during workouts and had every belief that, although the colt was fifth pick, he was capable of winning. The colt has the strength to sustain his speed, so I geared him wide launching an early bid before the fourth corner. I'm just glad I was able to do my job. In the upcoming Derby, we'll have to see if he can handle the 400-meter added distance.”

After debuting in June last year, Geoglyph notched two consecutive wins including the G3 Sapporo Nisai S. and capped off his 2-year-old season with a fifth in the G1 Asahi Hai

Futurity S. in December. In his sole prior start this term, he finished runner-up behind Danon Beluga in the G3 Kyodo News Hai Feb. 13.