Frosted, Territories to Shuttle to Oz 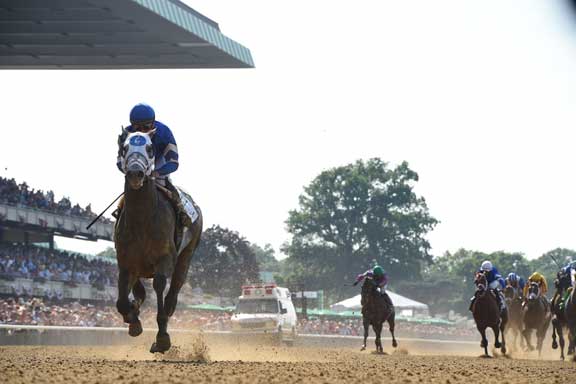 A winner of the GI Wood Memorial S. and GII Pennsylvania Derby during his 3-year-old season, Frosted was also runner-up in the GI Belmont S. to Triple Crown winner American Pharoah (Pioneerof the Nile). After landing a Group 2 at Meydan in February of last year, he would go on to win the GI Metropolitan H. in stunning fashion–setting a new stakes record–returned Stateside and added the Whitney S. one start later for the Boys in Blue. Retired with a mark of 19-6-6-2, and $3,972,800 in earnings, the Darley homebred is standing his first Northern Hemisphere season at Darley in Kentucky for a fee of $50,000.

Runner-up in the G1 Qatar Prix Jean-Luc Lagardere as a juvenile, Territories, also won the G3 Prix de Fontainebleau first out at three, one start prior to another second-place finish in the G1 QIPCO 2000 Guineas in May. After winning the Jean Prat at Chantilly, the bay also filled the second spot in Deauville's G1 Prix du Haras de Fresnay-le-Buffard-Jacques Le Marois in August of last year. The Irish-bred, who retired with a mark of 13-3-3-4 and accumulated $812,543, commands a fee of £12,000 at Darley's English base, Dalham Hall Stud in his initial season.

“Frosted and Territories were elite racehorses and we are thrilled to have them join our roster here in Australia,” commented Alastair Pulford, Head of Sales for Darley stallions in Australia. “Frosted's Grade I wins came in races won by some of the greats. He is the best son of a champion sire and from a top female line. He is a top-class prospect for Victorians.

Pulford continued, “Territories is by the sire of I Am Invincible (Aus) and from the same female family as Darley's amazing servants Street Cry (Ire) and Shamardal, so there is no doubt he has the credentials to be a success at stud. Andy Makiv and I went and inspected Frosted and Territories earlier this month and were taken by both horses. I have no doubt our clients will be very impressed by them when they see them.”

Fees for Frosted and Territories will be announced at a later date.