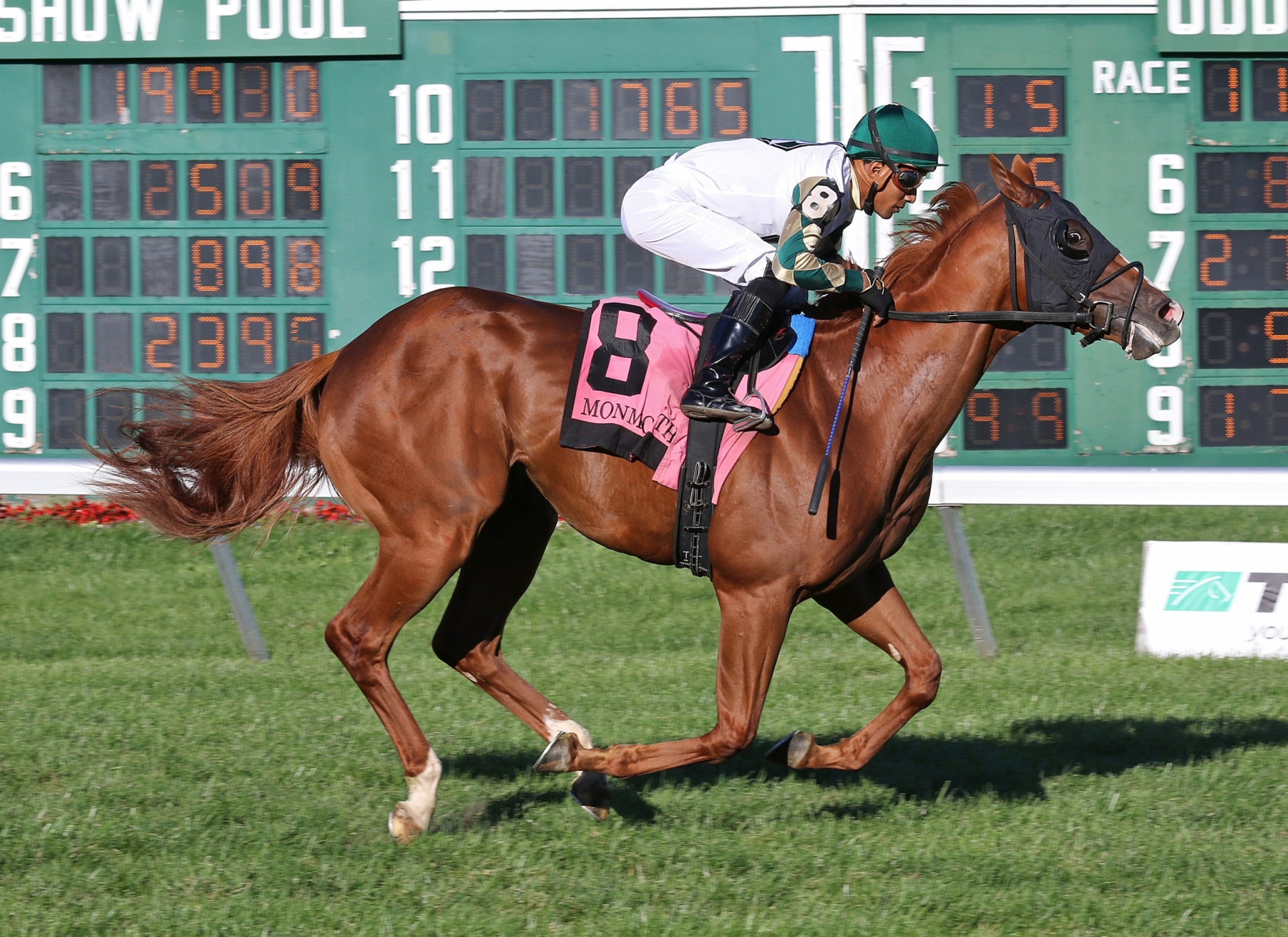 Dakota Gold took to turf and two turns to score an impressive victory in this lucrative event. The chestnut was a 4 1/2-length debut graduate in an open rained-off sprint at Saratoga Sept. 2,  for which he earned a solid 82 Beyer Speed Figure. In receipt of first-time Lasix, Dakota Gold found a stalking position early just behind and outside of odds-on GIII With Anticipation S. scorer Coinage. He settled nicely down the backside behind a :45.56 half mile, and was asked to quicken after six furlongs in 1:10.82. He powered to the front in upper stretch while still figuring out his lead changes, and kicked home from there with bounding strides to defeat pricey maiden Royal Spirit by daylight.

“This is the biggest win of my career, the biggest purse I have ever won. It's incredible. It feels great,” said 23-year-old winning rider Isaac Castillo, who was second in the Monmouth jockey standings heading into Sunday's card. “This is a fantastic horse, a championship-type horse. He was very comfortable on the grass. I was a bit outside early, but he was galloping on his own and very relaxed. When I asked him he just took off. He seems like he can be a very special horse.”

Conditioner Danny Gargan offered, “I thought he was even better on the grass than he was in his first start on the dirt and that race was very impressive. When that race came off we still ran him because he had some good works on the dirt and he ran tremendous that day. I always wanted to run him longer on the grass and today, you put your neck out on the line, and it worked out. There was a New York-bred race today at Belmont at seventh-eighths on the dirt. [Owner] Dean [Reeves] and I discussed it and I really wanted to run here. I'm just glad I got the opportunity to do it and Dean gave me a chance. I told him if we win this we can go to the Breeders' Cup, so I think Dean is going to let me going to the Breeders' Cup. I just couldn't wait to get him on the grass. We knew he had this kind of turn of foot on the grass. There was some pace in the race and he just flew by. When the jockey asked him he just galloped by. It was pretty impressive. You get lucky and get a horse like this once in a while. I think this horse has as much talent as any younger horse I've ever had.”

The 70th stakes winner for New York-based stalwart Freud, Dakota Gold has a yearling half-brother by Redesdale and a foal half-brother by the Reeves' Mucho Macho Man. His dam is a half to 2010 GI Breeders' Cup Dirt Mile upsetter Dakota Phona (Zavata).