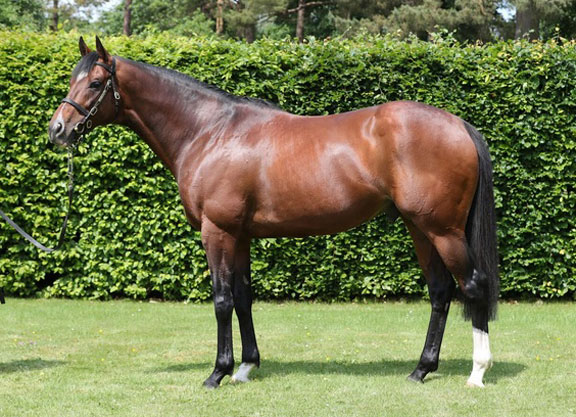 The Irish National Stud is offering breeders who purchase a season to G1 Prince of Wales's S. winner Free Eagle (Ire) (High Chaparral {Ire}) this year a free return in 2020.

Free Eagle, who is out Moyglare Stud's prized broodmare Polished Gem (Ire) (Danehill)-and therefore a half-brother to Group 2 winners Custom Cut (Ire) (Notnowcato {GB}) and Sapphire (Ire) (Medicean {GB})-has his first runners in 2019. Although he was at his very best at four when winning at Royal Ascot, he was a 5 1/2-length winner on debut in August of his 2-year-old year and three weeks later was second to Australia (GB) (Galileo {Ire}) in the G3 Breeders' Cup Juvenile Turf Trial S. Off for a year after that, he came back to win the G3 KPMG Enterprise S. and finish third in the G1 Champion S. in his only two starts at three. He stands for an advertised fee of €12,500.

“When the Irish National Stud purchased Free Eagle to stand at Stud we had great belief that he would become a successful stallion,” said Irish National Stud Chief Executive Officer Cathal Beale. “We have huge confidence in Free Eagle and we want to reward the breeders that share our belief and use the horse in 2019 with a free cover back to him for 2020. It is more important than ever to look after our breeders and with the competitive price points across our roster and this new 'Free Eagle, Free Return' scheme, we will be doing just that.”