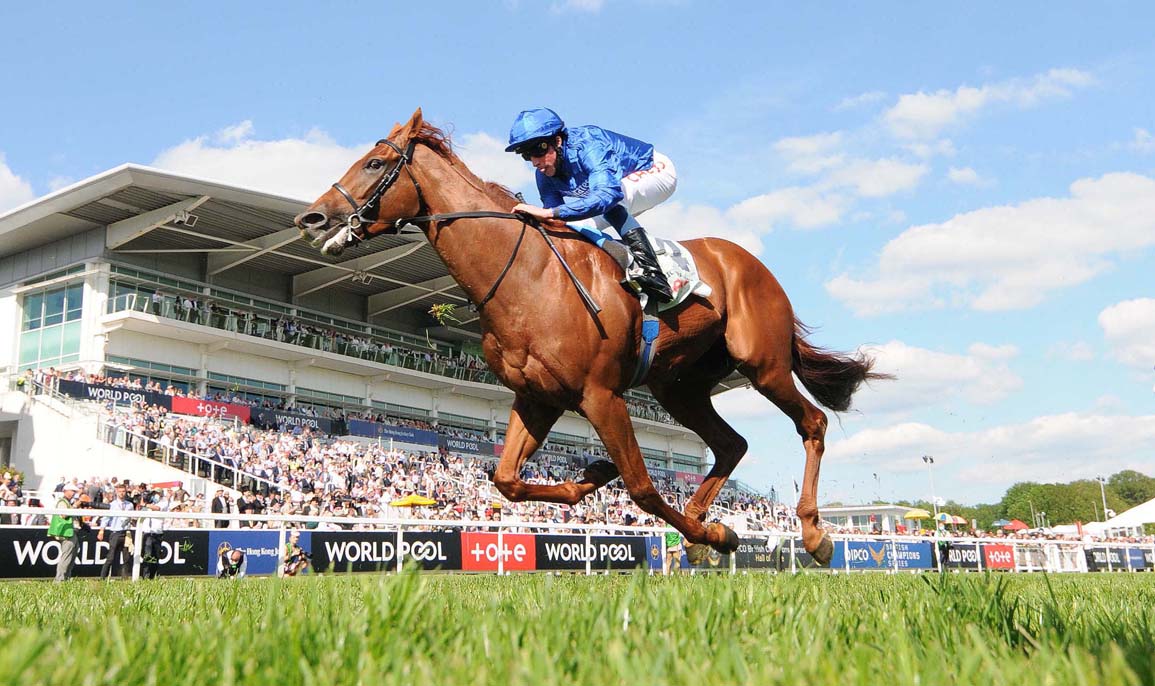 Considered by some an antiquity against racing's commercial backdrop, Doncaster's G1 Cazoo St Leger is nevertheless kept close to the hearts of all enthusiasts and in Godolphin's Hurricane Lane (Ire) (Frankel {GB}) it had a winner on Saturday that stands tall among some of its very best. Having scythed through the tasks of the G1 Irish Derby and G1 Grand Prix de Paris earlier this summer, the powerhouse chestnut looked to have outstanding claims for this and he duly delivered as the G1 Epsom Derby form came to the fore. Suffering his sole reversal in the June 4 blue riband, the 8-11 favourite waited until all bar that Classic's runner-up Mojo Star (Ire) (Sea the Stars {Ire}) had dropped away to make his move and he brushed him aside two out to settle the result there and then. Galloping out to the line despite running away from William Buick's whip, he registered a commanding 2 3/4-length success from Mojo Star as The Mediterranean (Ire) (Galileo {Ire}) fared best of the Ballydoyle quartet two lengths away in third. “He was the class horse in the race and it worked out beautifully,” Buick said as he relished a third renewal. “You never know until they go this far, but he took me into the race so nicely and has that turn of foot at the end. He's a great horse and it's been a fantastic season for everyone in the yard. There is always pressure, but that just shows you are on the best horse and it was just a case of keeping it smooth.”

If there was one Classic named as suitable for Hurricane Lane after his debut success over a mile on heavy ground at Newmarket in October, it would have been this but he had demonstrated so much speed by the time he romped on Bastille Day that there had to be a slight doubt about the extended 14-furlong trip. Starting out in 2021 with a win in the Apr. 16 Newbury 10-furlong conditions event that played host to Enable (GB) (Nathaniel {Ire}), Star of Seville (GB) (Duke of Marmalade {Ire}) and Light Shift (Kingmambo) in recent times, he added York's G2 Dante S. to his tally over that trip May 13 to force Buick's hand heading to Epsom. Behind Adayar (Ire) (Frankel {GB}) and Mojo Star there having lost both front shoes, he bounced out of an encounter that would have left a mark on lesser horses to surge to victory in the G1 Irish Derby at The Curragh June 26 prior to his emphatic six-length success in the July 14 G1 Grand Prix de Paris.

Kept wide and out of trouble by Buick in mid-division as Hollie Doyle took Interpretation (Ire) (Galileo {Ire}) to the front with Mojo Star in close attendance and High Definition (Ire) (Galileo {Ire}) racing handy. Little changed until the half-mile marker, where Rossa Ryan loomed threateningly on Mojo Star but Hurricane Lane was biding his time out wide and no sooner had the Richard Hannon trainee swooped than the royal blue was arriving at his side. Pounding his way to the finish, the winner produced by far the day's outstanding time performance to add another major prize to his stable's tally.

It was a first St Leger for Charlie Appleby, who said, “It was a fantastic performance. Congratulations to Sheikh Mohammed and Team Godolphin. It's great to win any Classic, but this is historic and so it's extra special. He had a lovely pitch and all the room he needed and the great thing about this horse is he quickens and has a gear change. You couldn't have been more comfortable watching it the whole way round. The ground isn't key to him, but he is more comfortable under these conditions on the slower side.”

“I thought it was a great performance and the Derby form held up as well, with Mojo Star running a great race. It's got strength-in-depth, which is what we want to see in a Classic. This horse has given us a couple of days where he has challenged us–he's a boy and he likes to do things his own way in the mornings sometimes. He takes a bit of managing, so the team have done a great job. The Arc is on everybody's mind. I think it is something we will keep an eye on, but we'll let the dust settle. I see no reason why we wouldn't potentially turn up.”

“As for next year, with him and Adayar that is for everyone to talk about towards the end of the season after the Arc. As two physicals, you can only get excited about them as 4-year-olds. His Highness is such a great sporting man and he loves to see his horses stay in training. We have seen so many of the greats from Godolphin down the years and I'm just fortunate I'm bringing a couple of them along myself.”