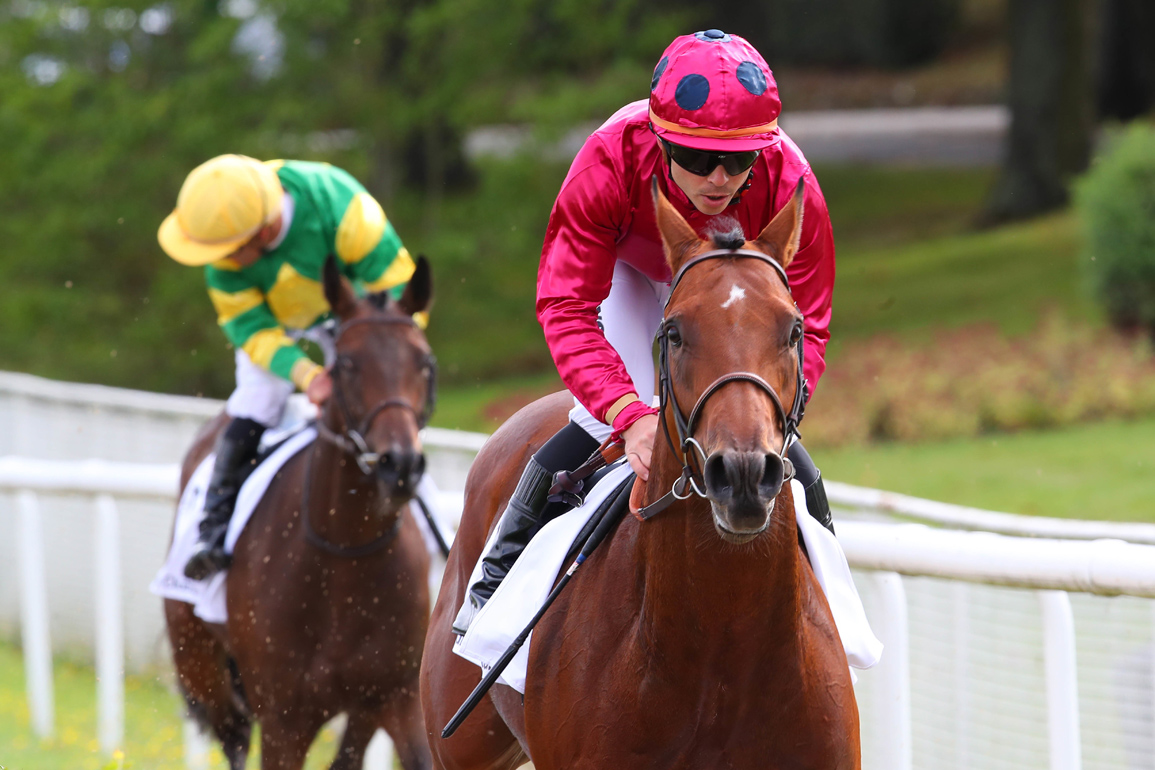 Lady Bamford's homebred Dreamflight (GB) (Frankel {GB}), one of two contenders from the Andre Fabre stable for Friday's G3 Prix Thomas Bryon Jockey Club de Turquie, placed in starts at Deauville in August and Saint-Cloud last month. Back over the latter venue's one-mile course and distance for his black-type bow, the 18-5 chance would not be denied in a thrilling finish to the card's feature event. He was swiftly into stride and led all four rivals from flagfall. Coming under pressure when tackled by stablemate Chancellery (Ire) (Medaglia d'Oro) with 500 metres remaining, the two became three when Making Moovies (Ire) (Dabirsim {Fr}) joined in soon after passing the quarter-mile marker and it was Dreamflight along the far-side rail who found most in a three-way tussle, hitting the line with a short neck to spare from Making Moovies. Chancellery was unable to edge ahead when threatening to do so and battled gamely to finish a head further back in third.

“It was the right day to break his maiden, he has improved with every run and was a real fighter today,” said rider Maxime Guyon. “When Andre Fabre enters a maiden in a Group race it's best to pay attention because he knows what he is doing. I think Dreamflight will have no problem staying further next year.”