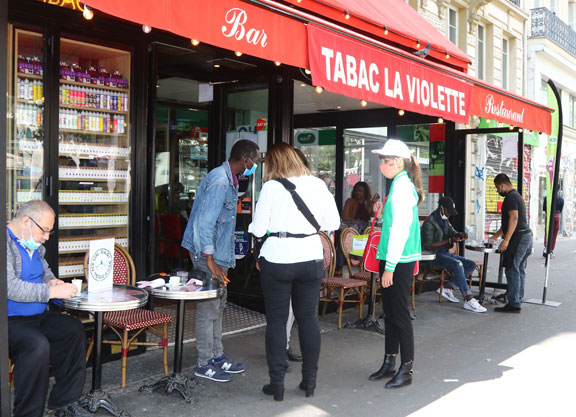 With PMU betting shops once again closed in French cafes during the national lockdown, France Galop projected during a board meeting on Monday that it could suffer a loss in betting revenue of around €30-million should those closures last through December. France Galop projects its loss per month of lockdown to be €15-million. Four thousand of the country's 13,000 PMU betting shops are currently closed.

Betting in France had seen a 15% increase in July and August and a 10% rise in September after the country emerged from its first national lockdown. That growth was disrupted in October due to curfews, but wagering was still up 1.2%. France Galop noted that online betting is on the rise, but that it cannot make up for the closure of the betting shops.

Should the lockdown prevail through the end of 2020, France Galop has noted it will be unable to make the retroactive prize-money allocations that had been discussed prior to the second lockdown. However, the €185-million it will have paid out in purses by the end of December is up €10-million from what was projected before the resumption of racing in May.

France Galop established a framework for its 2021 budget during its latest board meeting, and while the ongoing global pandemic makes it difficult to predict the economic climate into the future, they have reiterated an objective of returning to 2019 prizemoney levels while retaining a percentage of amounts due. This is similar to what has been in place for owners' premiums in flat racing and the withheld amounts would, depending on the evolution of the pandemic, be paid in full or part to the beneficiaries as soon as they become available. The budget is still in first draft stage and will be discussed at the next committee meeting.