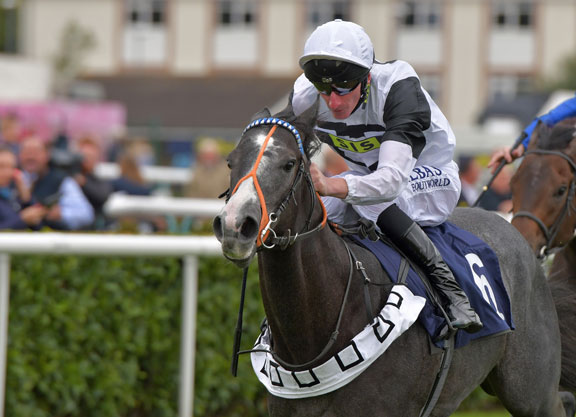 Teal said of Tip Two Win, winner of the Listed Flying Scotsman S. and second in the G3 Tattersalls S., “We are all very excited as Tip Two Win will be my first runner in the Gulf since Steele Tango, who won a couple of races at Meydan back in 2011. We kept Tip Two Win on the go after the Tattersalls S. in the hope that we would be able to take him to America for the Breeders' Cup. When he just missed out on a place in the Breeders' Cup Juvenile Turf we decided to send him to Qatar instead.”

“We have stepped up his work over the last few weeks and he will have his final hitout in Lambourn [Thursday] morning,” Teal added. “He's quite an easy horse to train but he has been beginning to get a bit fresh and he could do with a race now–it will be nice to get some of the fire out of his belly.”