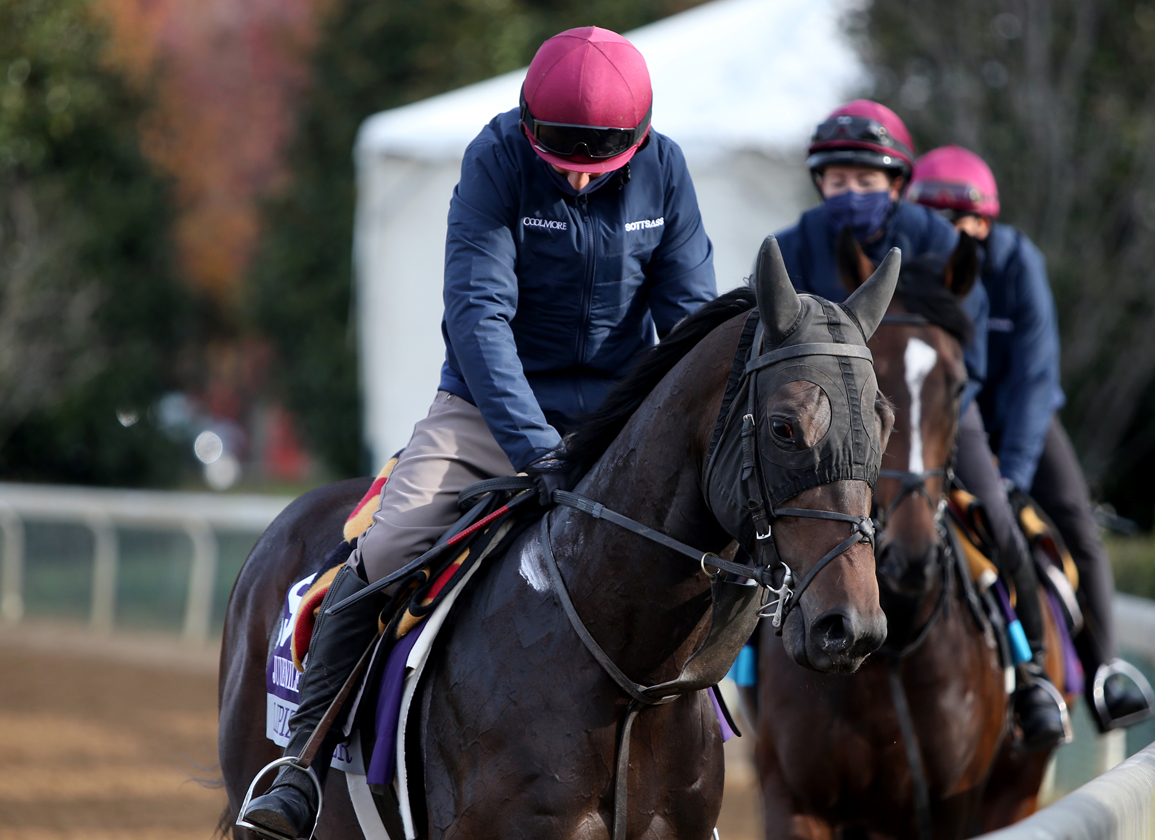 Call Me Teddy at the 2020 Breeders' Cup | Horsephotos

Call Me Teddy (Uncle Mo), who won the Listed Doncaster S. when trained by Aidan O'Brien as Lipizzaner, is set to make his Hong Kong debut in Saturday's Class 3 Tai Mei Tuk H. over the straight 1000-metres at Sha Tin Racecourse.

Bred in Kentucky by the Irish Lights Syndicate, the bay gelding was runner up in a paid of Naas maidens in the spring of 2020 before a low-odds fourth behind The Lir Jet (Ire) (Prince of Lir {Ire}) and Golden Pal (Uncle Mo) in the G2 Norfolk S. at Royal Ascot. After graduating at Navan first off a 47-day absence, Lipizzaner ran A Case Of You (Ire) (Hot Streak {Ire}) to 1 1/4 lengths in the G3 Anglesey S. that October and stayed on well to be fourth behind Golden Pal in the G2 Breeders' Cup Juvenile Turf Sprint.

On the board in two of four starts at three, Lipizzaner makes his first local appearance off a mark of 69, having finished runner-up under 140 pounds in a five-furlong handicap over the Dundalk all-weather when last seen July 12.

“I've had a look at his Irish and English form and I'm obviously very encouraged by what I've seen, actually,” said jockey Harry Bentley, who takes the call from trainer Michael Chang. “He's aimed at some very good races, clearly Aidan thought plenty of him. He won the Doncaster S., a listed race, and he looked pretty impressive.

“My only concern is that all of this form seems to be on either soft or heavy ground. I know he's run on good a couple of times [but] the fact he's going to run on much quicker than on Saturday is a little bit of a concern but hopefully it won't be too much of a concern.

“I have trialled him twice on the turf (video) and he seemed absolutely fine. I've been very encouraged by what I've seem so far. He certainly has shown plenty of speed. He travels extremely well.”

A $650,000 Keeneland September yearling purchase, Call Me Teddy is out of 2009 G1 Schweppes The Thousand Guineas heroine Irish Lights (Aus) (Fastnet Rock {Aus}), also the dam of Australian Group 2 winner and Group 1-placed Omei Sword (Aus) (High Chaparral {Ire}). This is also the family of the Broodmare of the Year Fall Aspen (Pretense).