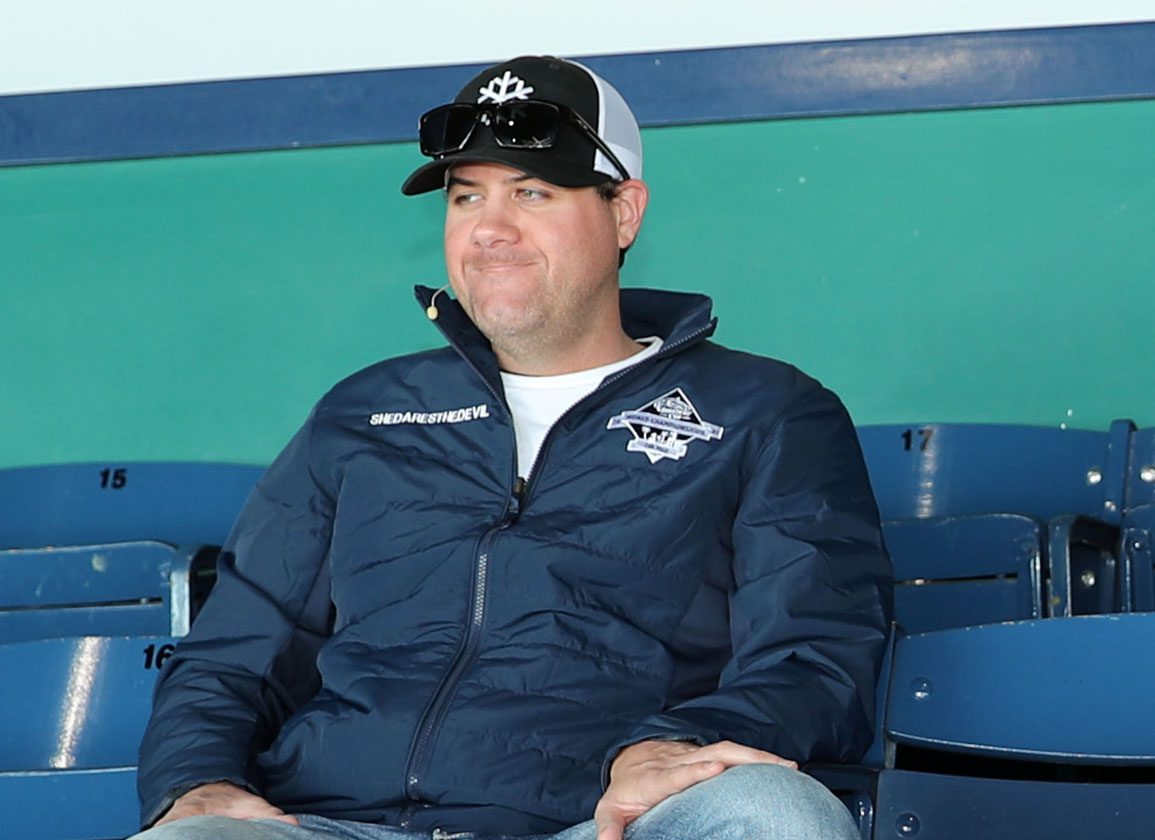 Staton Flurry is set to be represented over the next couple of weekends in major graded stakes in the Midwest, but the Arkansas native is also not one to shy away from his Mid-South roots. On June 20, an otherwise sleepy and uneventful Monday afternoon on the American racing scene, Flurry homebred Lady Flurry (Lord Nelson) raised more than a few eyebrows, streaking home to best fellow Louisiana-breds by some nine lengths in a time that nearly lowered a track record that had been around for nearly four decades.

“I didn't expect that big of a blowout, but we knew she was training good going into it,” the Hot Springs native said of the filly, who was off as the 1-2 chalk. “We knew she had some speed in her and there is plenty of speed in her pedigree, but hard to say we expected that. To be that close to the track record was great.”

Flurry campaigned Lady Flurry's Arkansas-bred dam Patchofbadweather (Storm and a Half) to five wins from 13 starts–all between five and six furlongs–including the Lady Razorback Futurity in 2014. Patchofbadweather's dam was the champion Argentinian sprinter Preflorada (Arg) (Choir Prospect, by Mr. Prospector), who won a Group 1 sprint over five furlongs in :54.10. Flurry elected to send Patchofbadweather to the recently departed Lord Nelson for her 2019 covering.

“I just loved him for his speed, he was a big, fast, good-looking horse and, like I said, my mare's got some speed in her pedigree,” Flurry said. “Just took the approach of breed speed to speed and hope it holds.”

The owner/breeder said Lady Flurry was attractive and straight-forward growing up.

“She was always very smart,”he said. “All the Lord Nelsons I've seen are great-looking animals. She was always really easy to deal with, whereas her mom was a complete wild animal, an Arky-bred who had a mind of her own. She was fast also, but this filly is a whole lot more gentle to be around than her mom was. Definitely excited to see what the future holds for her.”

Having earned a strong 71 Beyer Speed Figure for the debut run, one wouldn't blame Flurry and trainer Karl Broberg for shooting for the stars. Instead, Flurry is happy enough to run the filly with her 'friends' and broach the subject of loftier targets somewhere in the future as her performance merits.

“We'll point her for the state-bred stakes the rest of the year, see if we can knock a few of those off and maybe see if she can't be champion 2-year-old filly in Louisiana,” he said. “For the most part, we'd like to keep her with her own kind, but I do think she can be competitive in open company.”

Flurry indicated that he returned Patchofbadweather to Arkansas earlier this year and the mare has a “really nice Army Mule colt” on the ground.

“The state-bred programs in Louisiana and Arkansas are so lucrative and it isn't a bad thing at all to have an Arkansas-bred these days,” he said.

“She's been training great, probably as well as she's trained in a long time,” Flurry said of the 5-year-old mare, campaigned in partnership with Whisper Hill Farm and Qatar Racing. “Pauline's Pearl (Tapit) looks like she's taken a step forward and we'll have to match her, but [Shedaresthedevil] is doing great. We're expecting a big effort out of her this weekend and hopefully get her back in the winner's circle. We're taking it race by race with her, with the Breeders' Cup the goal, and we're going to work backwards from there. This is the first step.”

Flurry's own colors will be carried aboard GII Black-Eyed Susan S. winner Interstatedaydream (Classic Empire) when she makes her next start in the GIII Indiana Oaks at Horseshoe Indiana July 9. Shedaresthedevil won the same event two years ago as a prelude to her victory in the COVID-19-delayed Kentucky Oaks.

Congrstulation to Lady Flurry on her win this afternoon at @LouisianaDowns, she is owned by @StatonFlurry and trained by @KarlBroberg. Our HB Johnson team is proud to be part of her journey. https://t.co/3IXLTcNcp2