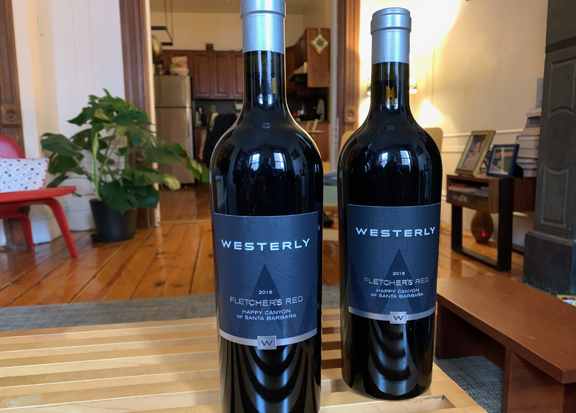 Warmed by the fireplace, or perhaps by sipping yet another glass of a Santa Ynez vineyard's rich and full-bodied red, I was contemplating the new year and how it needs to be better than the fiasco that was 2020. The wine, by the way, was issued by a label called Westerly and named Fletcher's Red, and it happens to be the namesake of a man who burned a short but bright trajectory through horseracing. He's also had a positive impact on young people's lives in ways in which he could never have imagined or predicted.

By most accounts, the handsome, tough, and brilliant Fletcher Jones had it all. He was enthusiastic about the future; about his two sons; his extensive art collection that included a famous Picasso; his horses; and his company that made it all possible, which was the cutting-edge Computer Sciences Corporation (CSC) that had turned him a multi-millionaire in his 30s. But unless you're in your 70s or older, you've probably never heard of him.

On a rainy evening in early November of 1972, shortly after an election that subsequently featured one of the greatest crooks of presidential history in Richard Nixon, Jones left his offices in Century City and piloted his small plane towards home. His destination was the nearly 4,000-acre Westerly Stud Farm in Santa Barbara County near the Danish-settled village of Solvang, about an hour northwest. He'd bought the place in 1965, a smaller parcel first, the Sigvard Hansen Ranch of transplanted eastern socialite, painter, poet, author, and breeder Amory Hare Hutchinson, who'd died the previous year. Later, Jones added a massive chunk of adjoining acreage from the Rancho Piocho and developed Westerly into what's been universally described as an immaculate state-of-the-art facility for breeding, foaling, and training–a home at one point to more than 300 horses, half of them owned by Jones, with the others boarders. Promised Land was one of three stallions at Westerly at the time, and it's where his California-bred daughter Spectacular was conceived. She would foal Spectacular Bid in 1976.

The only place comparable to Westerly in California back then was nearby Flag Is Up Farm in Solvang, which was developed by publishing heir Hastings Harcourt and Monty Roberts and housed a number of stallions, including Petrone (Fr) and Successor, the Bold Ruler champion 2-year-old colt of 1966 who'd been purchased for a reported $1 million from Wheatley Stable. Both showplaces were nestled in a verdant northern Santa Barbara valley between the Pacific Ocean and the foothills of the Santa Ynez mountains, in a region not known at the time as a place for breeding and raising high-class racehorses. Later, other prominent farms would follow, including in 1975 Marty Wygod's River Edge Farm near Buellton, a leading California nursery for years and the home of California leading sire Pirate's Bounty. Wygod, incidentally, once worked for Jones at CSC, and Jones reportedly gifted Wygod with Wygod's first two horses.

Jones never made it home from that election night, reaching neither the Santa Ynez airport nor the landing strip on a driveway at Westerly that he also sometimes used. Instead, he crashed into a ridge about eight miles from the airport and died, aged 41 and in his prime. He was a skilled pilot in good health, by all accounts, and there's never been an explanation of how and why the plane crashed.

In late October of 2020, shortly before an election that featured one of the most divisive, civics-challenged, and chaotic presidents in history, The Fletcher Jones Foundation announced that it was granting $1 million to endow a chair in Citizenship and Civic Virtue in the Honors College at Azusa Pacific University. “Students will learn what democracy requires of its citizens and will benefit from an education that promotes moral and political principles and practices concerned with the welfare of the community as a whole,” the Christian university said in a statement upon receiving the grant.

In 2019, the foundation awarded $6.4 million in grants and it has altogether given more than $230 million since it first began operations under John Pollock, who was Jones's longtime attorney.

Pollock knew Jones well, liked and admired him, and wrote a succinct and unvarnished biography of him. According to Pollock, Jones wasn't a particularly charitable man. He wrote: “Although today the world remembers the philanthropic accomplishments of The Fletcher Jones Foundation and its special support for the colleges and universities in California, Fletcher did not, in his lifetime, spend money or time to help his fellow man. His income tax returns for the last few years of his life show charitable gifts of less than $200 per year. The creation of The Fletcher Jones Foundation as the beneficiary of the bulk of his estate was prompted more by his desire to minimize estate taxes than it was to support in perpetuity the various charitable and educational organizations that today receive over $7 million a year.”

It wasn't Jones's intent to help and educate young people, but it's his legacy that he has done so, transcending anything he did in racing, where he did quite a bit in a short time.

Jones bought his first yearlings in 1964, a year before establishing Westerly, and one of them was Fleet Host, a California-bred son of My Host who won the California Derby and a division of the San Luis Rey and later went to stud at Westerly. His best, however, was the Prince John mare Typecast, who at six in 1972 defeated males in the Sunset H., Man O' War S., and Hollywood Park Invitational Turf H. and was named the Eclipse champion handicap mare.

Craig Bernick, 42, who runs Glen Hill Farm, is that rare youngster who knows of Jones, and it's not only because he happens to be well read and a student of pedigrees and racing history. His grandfather Leonard Lavin, then president of the cosmetics giant Alberto-Culver Co., established Glen Hill in Ocala at about the same time Jones was setting up his Santa Ynez property, and the two titans clashed when Jones issued that time-honored challenge to Lavin: My horse is faster than yours and let's put up money for a match race and settle it.

Reports at the time said that Jones was irked that Lavin's trainer, Willard Proctor, had suggested that Convenience, a 4-year-old daughter of Fleet Nasrullah who'd defeated Typecast in the Vanity H. by a half-length with a five-pound advantage, was just as good as Jones's mare, who'd finished second with trouble.

The Typecast versus Convenience match race materialized at Hollywood Park in mid-June of 1972 with each owner putting up $100,000 and the track adding another $50,000 for a winner-take-all purse of $250,000 over nine furlongs on dirt at level weights–a record purse for a match at the time. The race was memorable, with Convenience winning by a head in 1:47 3/5, and Jones, always pragmatic, was a gracious loser.

Five months later, Jones was dead, and the following January his stock was dispersed for $4.4 million at a special auction at Hollywood Park that drew buyers from around the world. Heron Bloodstock, as agent for Shigeo Yoshida (not to be confused with Zenya Yoshida, who purchased eventual leading Japanese sire Northern Taste as a yearling for $100,000 in 1972), bought Typecast for a then-world record of $725,000 for a horse at auction. She was bred to Sir Ivor that spring and sent to Yoshida's farm in Japan, where her second foal, the filly Pretty Cast, was the champion older mare in Japan in 1980. There's been only one other stakes winner from the family since then, the aptly named Australian-bred Group 3 winner There's Only One, whose fourth dam is Typecast. Convenience, on the other hand, is ancestress of too many stakes winners to list here, and Bernick said that Glen Hill still owns four mares that trace to her – which is also a connection to his grandpa and tangentially to Jones.

As for Westerly Stud Farm, it was split into parcels and sold. Most notably, D. Wayne Lukas utilized part of it for his Westerly Training Center, where horses such as Gl Kentucky Derby winner Grindstone were prepared for the track. It later morphed into part of what's now Tommy Town Thoroughbreds.

Perhaps the biggest growth in Santa Ynez since the breakup of Westerly has been in the wine-growing sector. Michael Speakman bought the Westerly label three years ago, and he's been curious about Fletcher Jones since. By chance, I spoke to him about Typecast and suggested that he name a bottle after her, and he loved the idea and promised to do so in this new year.

I suppose Fletcher Jones's racing legacy isn't quite done yet.