First Foal For Improbable A Colt 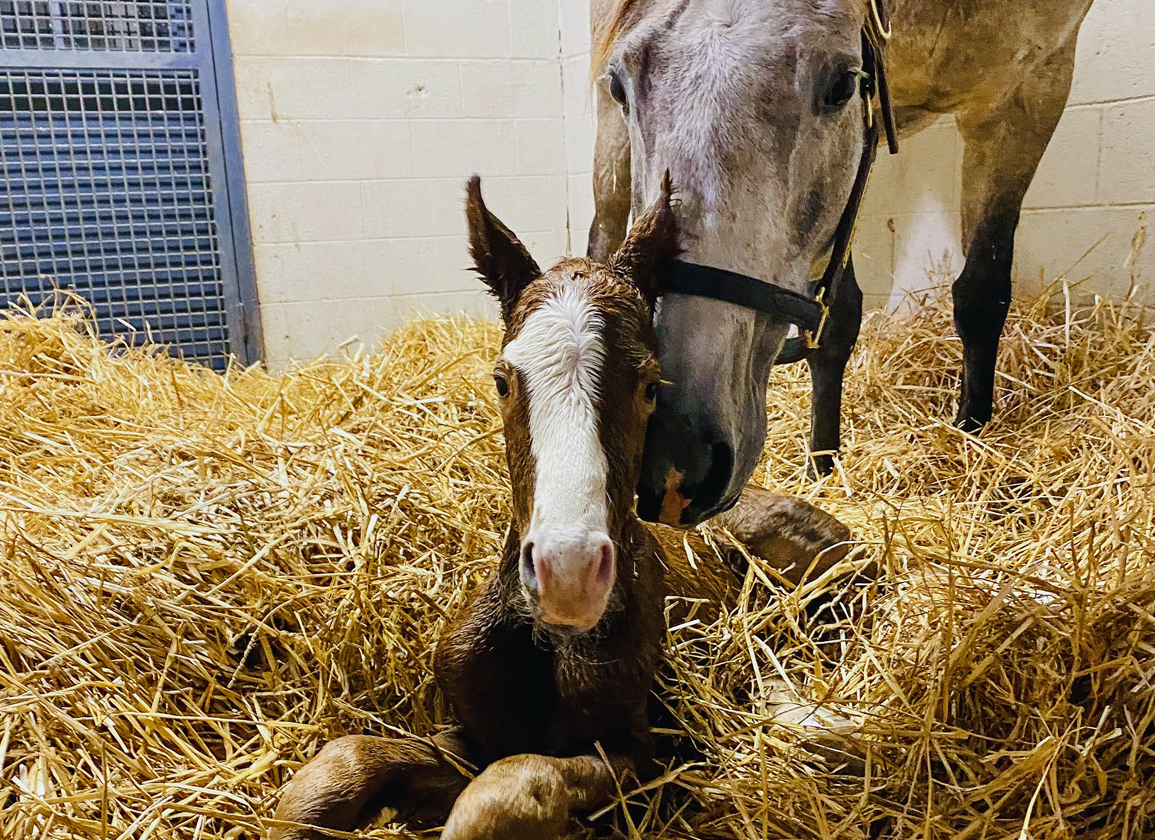 WinStar Farm's former 'TDN Rising Star' Improbable (City Zip) was represented by his first reported foal when a colt was born the evening of Monday, Jan. 10 at Bluewater Farm near Lexington.

The colt is the first from his dam Dark Corner (Into Mischief), a half-sister to GI Spinaway S. heroine Perfect Alibi (Sky Mesa) and to GSP Noble Thought (Harlan's Holiday). Dark Corner was acquired by China Horse Club, who raced Improbable in partnership, for $175,000 at last year's Keeneland November sale.

“We've been eagerly anticipating the Improbable foals since retiring him to stud in 2021,” said Liam O'Rourke, WinStar's Director of Bloodstock Services. “We're thrilled for our longtime partner CHC having his first foal. We look forward to welcoming many more foals out of quality mares like Dark Corner.”

Improbable, the only four-time Grade I winner by City Zip, posted consecutive victories in 2020 in the GI Gold Cup at Santa Anita, the GI Whitney S. and GI Awesome Again S. The chestnut, whose second dam is a half-sister to Hard Spun, was booked full for his first year at stud at WinStar in 2021, having covered 177 mares. His first in-foal mares sold for up to $550,000 and he was the second-leading freshman covering sire by average ($218,187).

An outcross in his first four generations, Improbable is standing his second season for a fee of $35,000 S & N terms.