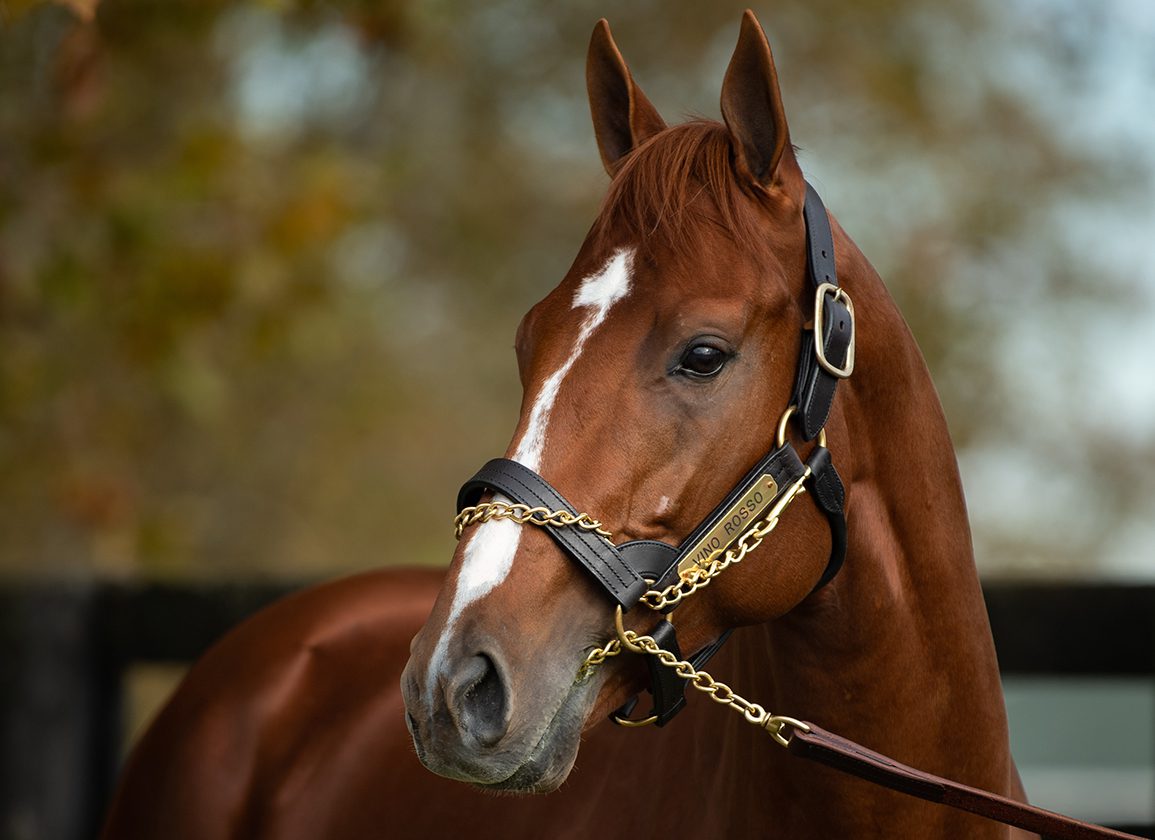 The 2022 class of first-crop yearling sires features a diverse batch of Kentucky-based young stallions including a pair of Breeders' Cup champions, two sons of reigning top sire Into Mischief, five graded stakes winners at two and five Grade I winners on turf. Throughout the course of the yearling sales season, we will feature a series of freshman sires as their first crop points toward the sales ring. Check out the first few editions of our series here.

When no less a judge than Kenny McPeek purchases three colts by the same first-crop yearling sire, people take note. Known for his flair for picking out future stars from the sales ring, McPeek took home a trio of youngsters by Breeders' Cup champion Vino Rosso (Curlin – Mythical Bride, by Street Cry) at the Fasig-Tipton July Sale.

Spendthrift Farm's Mark Toothaker said it was the best stamp they could have asked for to get the young sire's yearling sales season off to a flying start.

“I had a chance to talk to Kenny afterwards and he just told me that they were his kind of horses,” Toothaker relayed. “Anytime you have horses in his barn, you've got a shot because as we've seen lately, he wins races everywhere.”

Vino Rosso himself was a $410,000 yearling purchase for Mike Repole and St. Elias in 2016. Now that the young stallion has a few crops on the ground, Toothaker said that his progeny are reflecting their sire's eye-catching physical.

“When we were starting to go out and see all the foals, we saw that he was really stamping them,” he explained. “They're not too coarse and not too heavy. They're more of a refined-looking horse and they're good movers. They've got a really solid hip on them and they seem to be horses that are very correct.”

Toothaker said that he believes the ball is just starting to get rolling for Vino Rosso, explaining that pinhookers who may have been hesitant to get behind the first-crop yearling sire are now joining the bandwagon.

“Talking to my 2-year-old buddies, they've been burned on some sons of Curlin that just weren't fast at the 2-year-old sales. After the [July] sale once they had a chance to watch them move and see who was buying them, I think there's a whole other take now on 'Vino' from the 2-year-old guys. It's a little bit like Bolt d'Oro last year where there was a little bit of hesitancy. Are these going to be fast enough? Then once they saw how they sold at the sales, everybody had to have one.”

Undefeated in two starts as a juvenile for Todd Pletcher, Vino Rosso went on to win the GII Wood Memorial S. as a sophomore. At four, he claimed the GI Gold Cup at Santa Anita S., was taken down to second after crossing the wire first in the GI Jockey Club Gold Cup S., and capped off his career with a memorable victory in the GI Longines Breeders' Cup Classic to earn Eclipse honors as Champion Older Dirt Male. 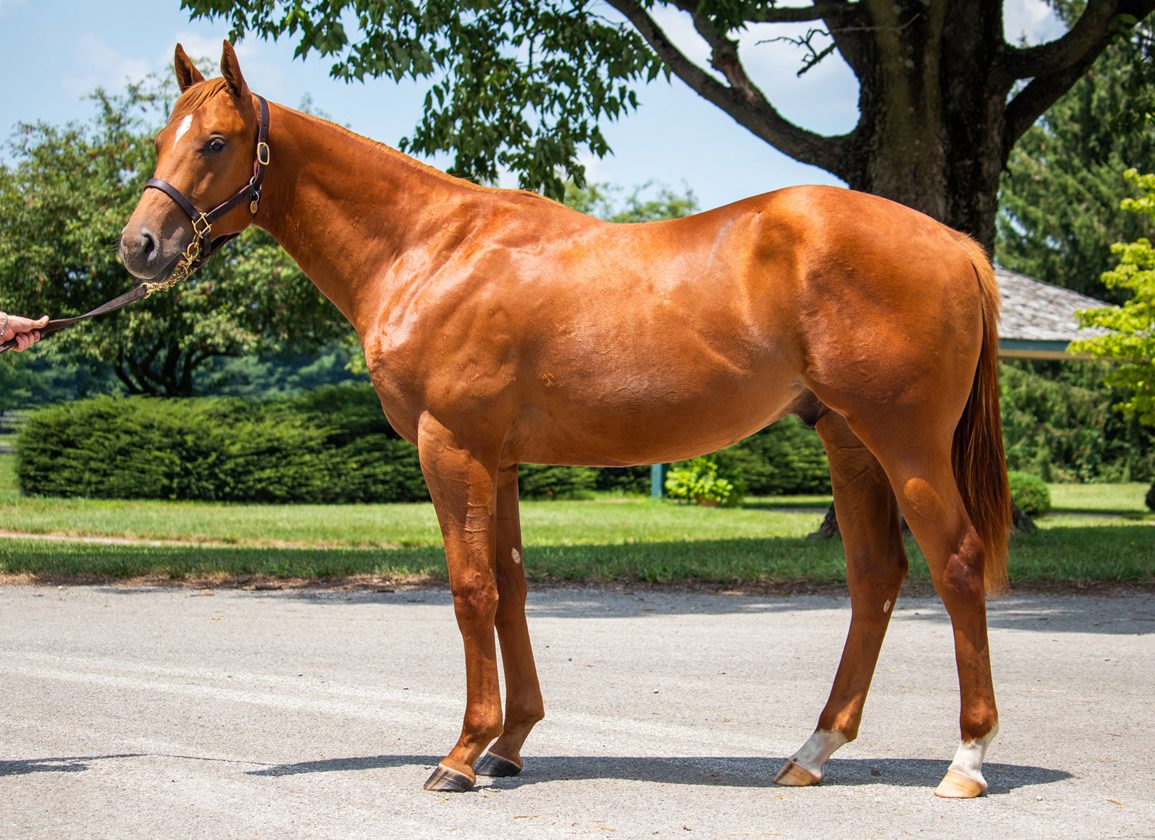 The stallion ranked third in his class of first-crop weanling sires at last year's breeding stock sales when his progeny averaged $90,595 with 47 of 61 sold. Leading the way was his colt out of Fair Huntress (Tiznow), who brought $340,000 at the Keeneland November Sale.

Five yearlings by Vino Rosso are slated to sell at the upcoming Fasig-Tipton Saratoga Sale. The first to go through the ring is Hip 28, a colt out of Money Madness (Rahy). The Mill Ridge Farm-consigned chestnut was a $100,000 pinhook partnership purchase at the Keeneland November Sale and is a half-brother to LNJ Foxwoods' MGSW Boardroom (Commissioner). Mill Ridge's Price Bell said that the colt is thriving in the final weeks of sales preparation.

“Physically, he looks very fast,” Bell said. “[Our partnership] fell in love with his leg and his attitude when he was a foal and we feel like he has really progressed since that time. He has a really nice, quick look to him and in prep, he has been a workhorse. He has really enjoyed his exercise.”

Bell added that with the Vino Rosso yearlings they have had at Mill Ridge, he has been consistently impressed by their attitudes.

Also at the Saratoga Sale, a Vino Rosso colt out of the winning Pulpit mare War Relic sells with Denali Stud as Hip 115. The yearling was foaled and raised at Elm Tree Farm. Farm owner Jody Huckabay said that the colt has been special from the start. 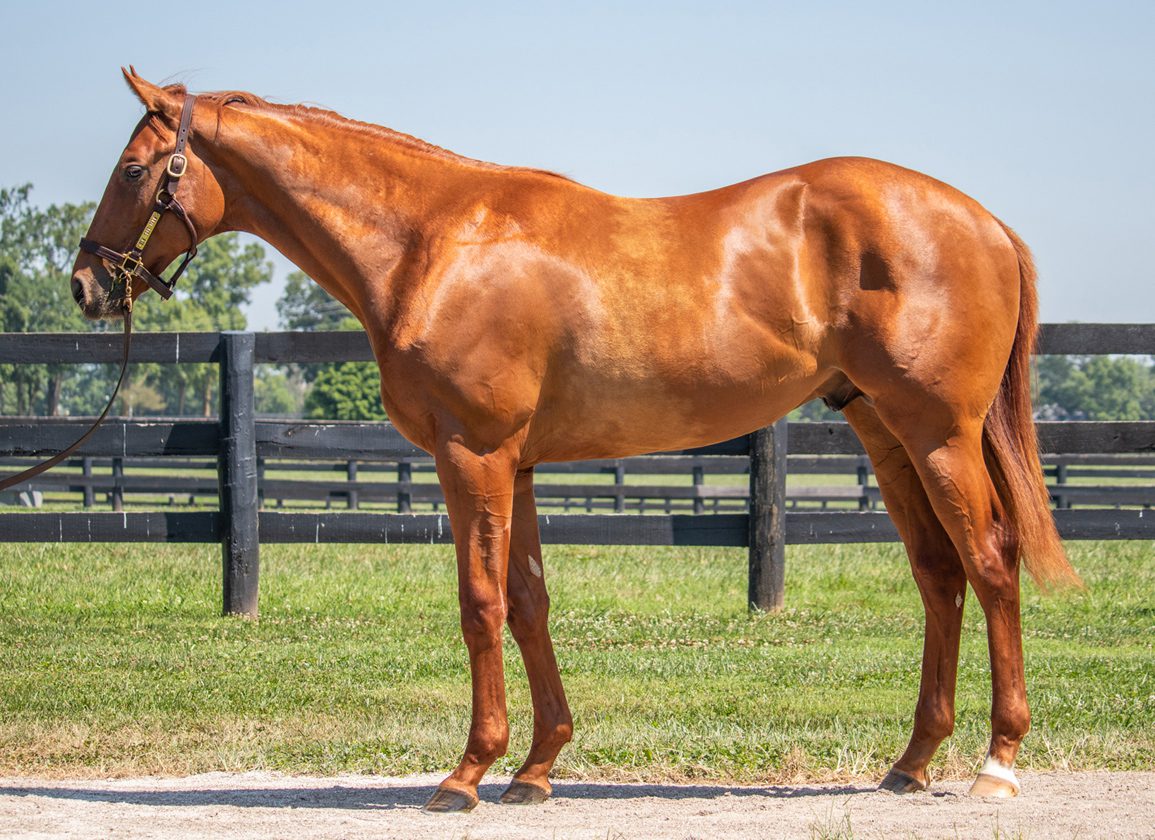 “He came looking honestly very similar to what he looks like now,” Huckabay said. “He's just developed and he does everything we've asked him to do through the prepping process. You hear that all the time, but he's a horse that has been a joy to be around. We're very proud of him. He's very athletic. We think he's a special horse.”

Other Vino Rosso yearlings at the Fasig-Tipton Saratoga Sale include Hip 71, a filly out of GIISP Shaken (Uncle Mo) with Gainesway; Hip 133, a half-brother to GIIISP Aurelia Garland (Constitution) with Warrendale Sales; and Hip 172, a colt out of the stakes-placed mare Divergent View (Congrats) with Machmer Hall Sales.

An additional 10 sons and daughters of Vino Rosso are cataloged for the New York-bred Sale.

Toothaker indicated that Vino Rosso will have a strong backing from his ownership group as the yearling sales progress.

“[At the Fasig-Tipton July Sale] Mike Repole was in there bidding and they didn't end up getting anything, but they made sure everything got vetted and wound up selling very well,” he said. “There will be some yearlings that land in his lap as we go forward and it's exciting to know that there are going to be some in those orange and blue colors.”

Once Vino Rosso's progeny get to the racetrack, Toothaker said he believes the athleticism they display now will become even more apparent.

“I feel like they're going to be very efficient on the track with the way they move,” he said. “If they have any of that Curlin blood running through them, which they do, every time you look up you see something from the sire line having success, so we're excited about what the future holds for Vino Rosso.”