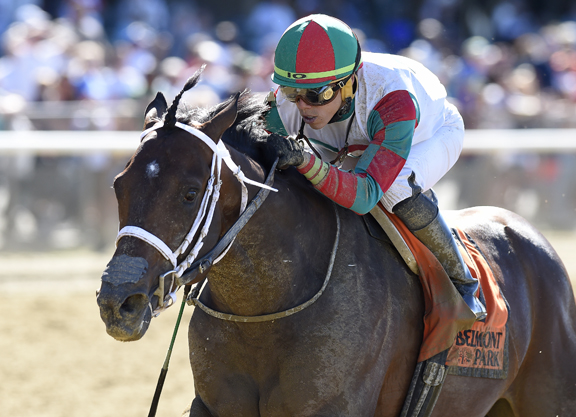 Firenze Fire (Poseidon's Warrior–My Every Wish, by Langfuhr), whose many accomplishments include a win in the GI Champagne S., will be retired after his upcoming start in the GI Breeders' Cup Sprint and head to Japan, where he will stand stud at Arrow Stud.

Owner Ron Lombardi said the offer from Arrow Stud was just one of many he fielded.

“I had offers from California, Kentucky, New York, Maryland, Florida and Japan,” he said . “I would have liked to have kept him in the U.S., but the Japanese made me an offer I couldn't refuse. They really wanted him. They came to the table and are very excited to have him. He will be standing there with California Chrome and Shanghai Bobby, so they have a nice little network of horses over there.”

Trained by Jason Servis until his indictment in March 2020 and transferred to Kelly Breen after that, Firenze Fire, who is six, won the 2017 Champagne as a 2-year-old and went on to finish 11th in the 2018 GI Kentucky Derby. After the Derby, the connections focused on shorter, one-turn races and Firenze Fire went on to be one of the top sprinters in the country. Wins in the 2020 and 2021 GII True North S., the 2020 GII Vosburgh S. and the 2018 GIII Gallant Bob S. are among his nine graded stakes wins and 13 overall stakes victories. He most recently second in both the Aug, 28 GI Forego S. and Oct. 9 GII Vosburgh S., the former of which he attempted to savage winner Yaupon (Uncle Mo). Firenze Fire's record currently stands at 37-14-7-3 and earnings of $2,710,350.

“I'm going to miss him a lot,” Lombardi said. “I got the final offer, I signed it, I scanned it and started writing an email back. It took me about 45 minutes to push send. I was really thinking it over, but I am good with the decision. I think this will be good for him. I have two full-brothers to him, a 2-year-old and a weanling, and then I have a yearling half-brother by Speightstown. Hopefully, the bloodlines will continue.”

Firenze Fire will be making his fifth straight appearance in the Breeders' Cup. His best showing came when he was third in the 2020 Sprint.

“I would love to go out a winner,” Lombardi said. “I even get a kicker if that happens. Hopefully, there will be a little speed duel up front we can sit off of that and make our move. He's doing great. We're pretty excited.”