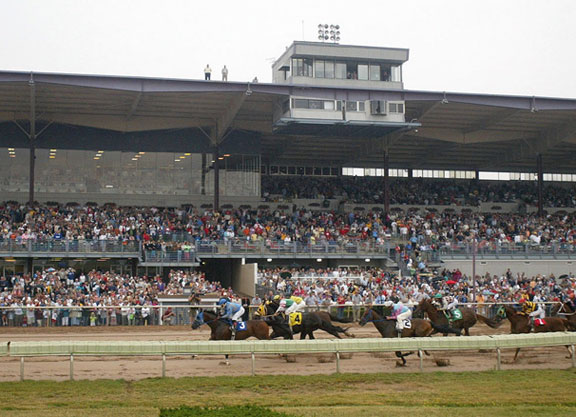 A two-week quarantine for strangles was lifted Monday at both Barn 19 at Finger Lakes Gaming & Racetrack and at a separate off-track training stable in New York's Ontario County.

The national Equine Disease Communication Center (EDCC) reported July 30 that the New York State Department of Agriculture and Markets released both facilities from the mandated biosecurity precautions that had been imposed July 16 after a horse became clinically ill after leaving the track July 8.

“The index case continues to heal from his lesions and remains isolated alone in a paddock in Ontario County,” the EDCC reported. “He will remain isolated away from other horses under veterinary care until it is determined that he is no longer shedding S.equi. No other cases of strangles were detected in any of the exposed, quarantined horses during the quarantine period.”

Strangles, also known as “equine distemper,” is a contagious upper respiratory tract bacterial infection that can produce coughing, nasal discharge and fever while causing lymph nodes to swell. Left untreated, the swelling can cause airway obstruction leading to death (thus the name “strangles”).