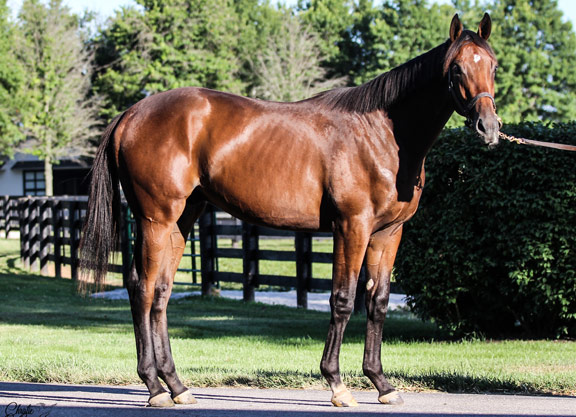 Louie Roussel unveils a pricey son of American Pharoah in GLOBAL EMPIRE, a $500,000 KEESEP buy. The chestnut hails from the family of GI Kentucky Oaks heroine Believe You Can (Proud Citizen) and MGSW Classic Elegance (Carson City). He displays a speedy series of drills leading up to this test, including a bullet half-mile in :48 1/5 (1/68) in NOLA two back Jan. 29. TJCIS PPs

Derrick Smith, Repole Stable and St. Elias Stable teamed up to acquire the well-bred GOLDEN WHIM (Medaglia d'Oro) for $1.5-million at Keeneland September and he kicks his career off for Todd Pletcher in this test. The bay is a full-brother to MGISW and millionaire New Money Honey and a half to SP Coconut Shrimp (Giant's Causeway). Jane Lyon's Summer Wind Farm purchased their dam Weekend Whim (Distorted Humor), a full-sister to Grade I-winning stallion Any Given Saturday, for $1.4 million at the 2017 KEENOV sale with this colt in utero.

Undefeated STRUCTOR (Palace Malice) makes his long-awaited return to the races Saturday in a Gulfstream optional claimer. A debut winner at Saratoga in August of 2019, the $850,000 OBSMAR purchase captured Belmont's GIII Pilgrim S. that September. The bay followed suit with a rallying score in the GI Breeders' cup Juvenile Turf S. at Santa Anita that November. Injured in June while working towards his 2020 debut, Structor returns after 15 months on the sidelines. TJCIS PPs