Famed Steps Out in Golden Rod 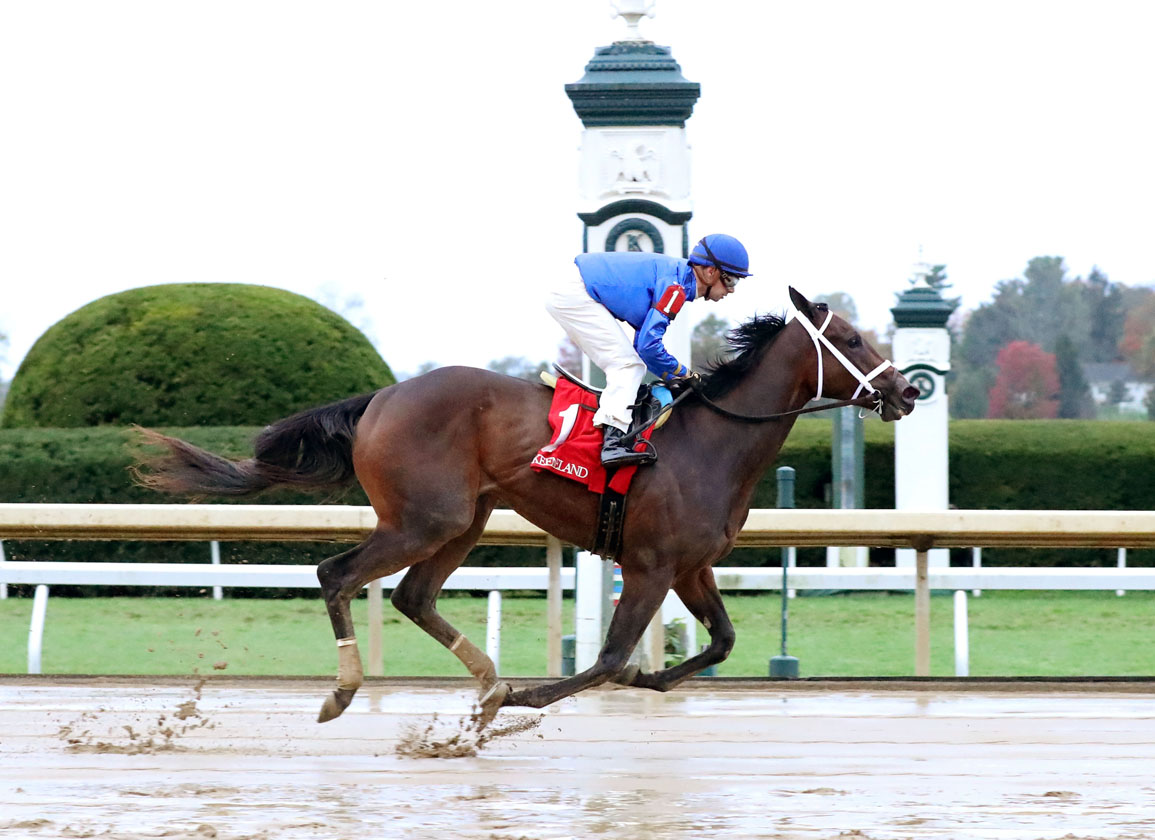 Famed (Uncle Mo), likely best known as champion Essential Quality (Tapit)'s younger half-sister, began to make her own reputation with a 'TDN Rising Star' graduation at Keeneland in October and the Godolphin homebred could take another step towards living up to her name when she goes postward in the GII Golden Rod S. at Churchill Downs Saturday.

Always well thought of by Sheikh Mohammed's operation, Famed's career nonetheless started with a defeat. The Brad Cox trainee was in the mix early as the 4-5 favorite in the six-furlong affair at Churchill Sept. 26 only to come up a length short of 44-1 longshot Sweet Dani Girl (Jess's Dream). That filly came back to win the Myrtlewood S. Oct. 29 at Keeneland.

“She really did run a winning race, but ran into an absolute buzz saw who was a longshot that day, but was a short shot when she won the stakes at Keeneland in her next start,” Godolphin's Jimmy Bell said of Famed's runner-up debut effort. “So that form held up. But obviously, in Brad's mind, that first start was just time to get going. There is nothing like that afternoon race versus two or three more works in the morning and getting that experience. While she ran a winning race, six furlongs was never going to be her best distance. But these individuals who have talent, show talent and that was the case that day.”

Famed had another furlong to work with when she made her second start at Keeneland Oct. 30 and romped home to win by a geared-down 7 1/2 lengths (video).

“She came back, stretching out to seven-eighths at Keeneland and that suited her a lot better,” Bell said. “We had all along been looking forward to stretching her out and seeing what she could really do at a distance that we felt would suit her style.”

“She is a nice, growthy filly and she's certainly beginning to fill out nicely,” Bell said of Famed's development. “She's doing very, very well. We've tried to get her races to be a building process and it's been very straightforward for us so far.”

Famed will be trying two turns for the first time in the Golden Rod and connections are eager to see how she takes both the stretch-out and the jump in class.

“What we are looking for is the obvious, the step up in competition and seeing if Brad's feeling of two turns is really going to be what she's all about,” Bell said. “That's really what he's been wanting to do since before the first race. We are going to get that opportunity on Saturday.”

Godolphin has enjoyed a banner year across the globe in 2021 and the operation could add to its 10 North American Grade I wins when Maxfield (Street Sense) makes his final career start in Friday's GI Clark H.

“Most of the time we get to have a joyful moment occasionally, but it's just been a very strong year,” Bell said of the team's 2021 success. “And everybody has contributed so much; Eoin Harty, Billy Mott, Brendan Walsh, Mike Stidham, and of course Brad. Everybody has had a major horse who had a major contribution. That made it all the more enjoyable that so many people have played such a major role in the success we've had this year.”