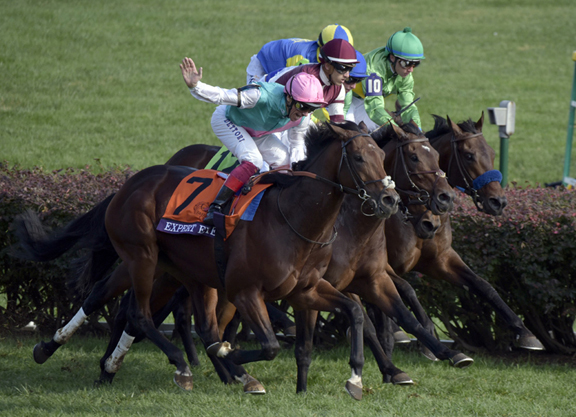 Another bay colt was produced by the winning and MGSP Oeuvre d'Art (Ire) (Marju {Ire}) at Trinity Park Stud on Jan. 28. Becky Marsh described the new arrival as “a lovely, strong colt with plenty of class.” His dam is a daughter of Italian SW Midefix (Ity) (Night Shift).

Rounding out the foursome was a dark bay colt who also arrived on Jan. 28. Foaled at the Irish National Stud, he is out of Rickrack (Ire) (Teofilo {Ire}), a half-sister to Hong Kong MSW Arasina (Ire) (Footstepsinthesand {GB}), runner-up in the G1 Champions Mile.