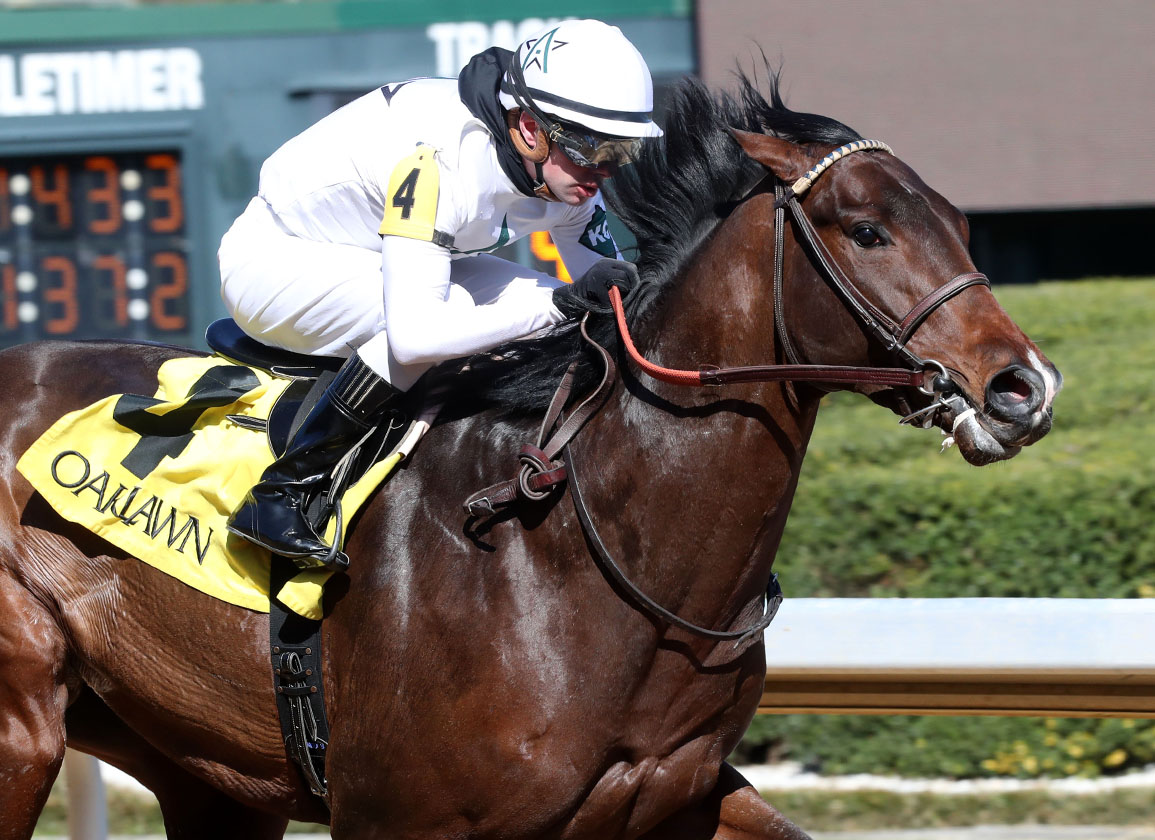 We the People | Coady

It'll be hard to separate the eight-horse field lined up in Saturday's GIII Peter Pan S. at Belmont, the track's traditional prep for the June 11 GI Belmont S., as evidenced by four horses landing between 3-1 and 4-1 on the morning line.

Given the narrowest of nods at 3-1 is WinStar Farm, CMNWLTH and Siena Farm's We the People (Constitution). Making a somewhat belated debut going a mile Feb. 12 at Oaklawn, the $230,000 Fasig-Tipton Gulfstream buy kicked away to an impressive 5 3/4-length romp, and was similarly dominant in five-length success in an allowance there a month later. The bay will look to rebound after finishing a dull seventh as the second favorite in the GI Arkansas Derby Apr. 9.

“The timing is just right,” trainer Rodolphe Brisset told the NYRA notes team. “He broke his maiden five weeks ago. It's five weeks away from the Belmont, and obviously it's a class test. What we want to see is if he can make his run from the middle of the turn to the wire. If he runs anywhere from one to three, we'll take a strong look at the Belmont. Hopefully, we can get some pace in the race and we'll be there that day.”

LNJ Foxwoods' Set Sail (Malibu Moon) looms a dangerous shipper for Richard Mandella. Third as the 9-5 chalk on debut Feb. 26 at Santa Anita, a race out of which the first, second and fourth finishers came back to win, the homebred stretched out to two turns there Mar. 27 and drew off to an auspicious 7 1/2-length graduation. The rail-drawn colt has worked sharply since, recording a pair of :59 flat five-furlong drills at Santa Anita Apr. 17 and 25 before working seven panels in 1:25 4/5 (2/2) there May 7.

Electability (Quality Road) looks for his third straight victory for Klaravich Stables and Chad Brown. A no-impact seventh debuting on the Saratoga lawn last August, the $300,000 Keeneland November purchase returned with a half-length tally going a mile Mar. 5 at Aqueduct and repeated by a head there Apr. 8.

“It's a big test for this horse, but he hasn't done anything wrong yet and he appears to be looking for a little more distance, so we'll see how he steps up,” said Brown, a two-time Peter Pan winning trainer.

Other main contenders include Golden Glider (Ghostzapper), who gets a bit of class relief after running fourth in the GII Lambholm South Tampa Bay Derby and GI Toyota Blue Grass S., and Western River (Tapit), who rallied from nearly 20 lengths off the pace to earn his diploma going away by 3 3/4 lengths last out Apr. 2 at Oaklawn.