Eugene Melnyk Passes Away at 62 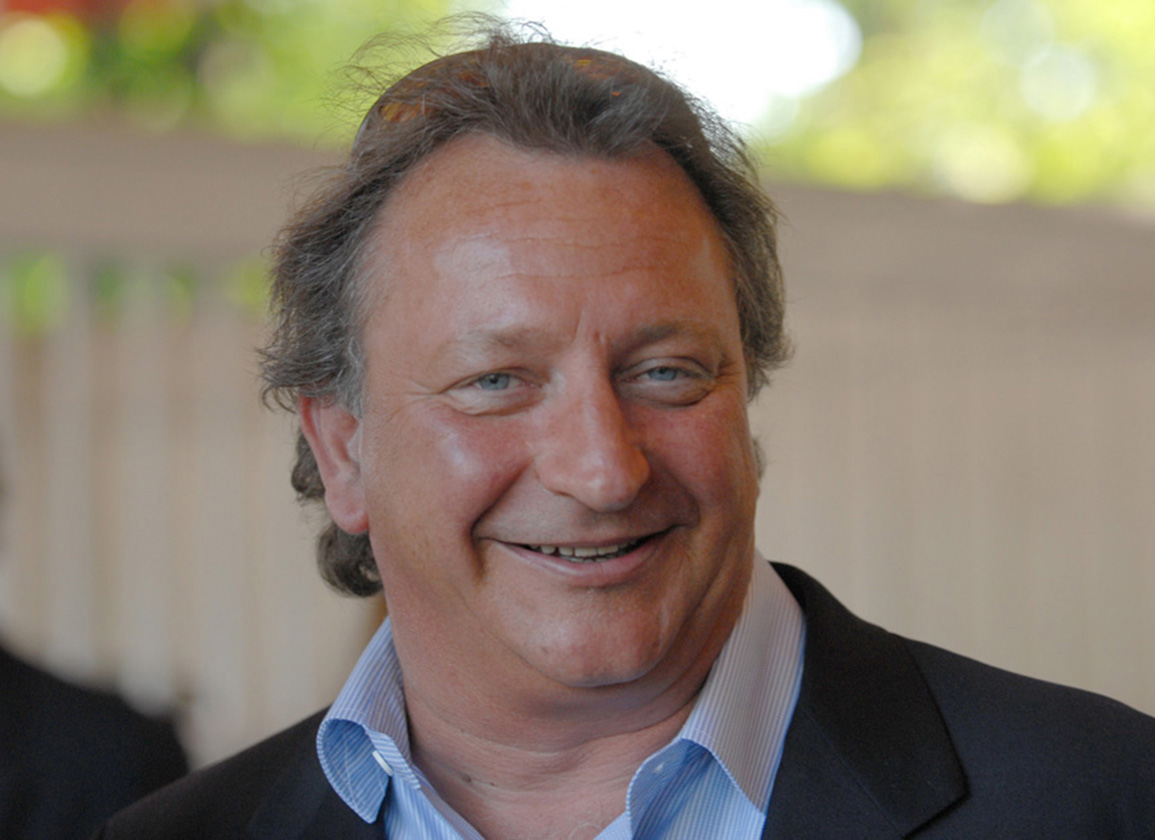 Eugene Melnyk, the owner of the Ottawa Senators of the National Hockey League and a prominent horse owner and breeder who was a member of the Canadian Horse Racing Hall of Fame, has passed away at age 62. His death was announced Monday by the Senators, which posted a statement from Melnyk's family on its website, which noted that he died “after an illness he faced with determination and courage.” The team did not disclose the exact cause of death. He underwent a liver transplant in 2015.

A native of Toronto, Melnyk won his first Queen's Plate in 1998 with Archers Bay (Silver Deputy), a horse he purchased at the Keeneland September sale for $120,000.

Over the next several years, Melnyk would invest heavily in the sport and at one point his racing and breeding stock included 500 horses. Teaming up with trainer Todd Pletcher, he won an Eclipse Award for the top sprinter Speightstown (Gone West), the winner of the 2004 GI Breeders' Cup Sprint. The Eclipse champion sprinter that season, Speightstown has gone on to a stellar stallion career standing at WinStar Farm.

For Melnyk, Pletcher developed another star in Flower Alley in 2005. The son of Distorted Humor won the GI Travers S. and three other graded stakes before being retired in 2006. Flower Alley sired 2012 GI Kentucky Derby and Preakness S. winner I'll Have Another.

Melnyk moved to Barbados, in 1991, naming nearly all of his horses for Barbadian towns and sectors, but stayed heavily involved in Canadian racing. He campaigned 12 Sovereign Award winners and was named Canada's outstanding owner in 2007 and outstanding owner and breeder in 2009. In 2017, he was inducted into the Canadian Horse Racing Hall of Fame. His Canadian-bred stars include Sealy Hill, who swept the Canadian Filly Triple Crown in 2007 and went on to finish runner-up in the GI Breeders' Cup Filly and Mare Turf the following season.

“Eugene Melnyk was a true Canadian sportsman, one of our leading owners, and a dear friend of Woodbine and the horse racing industry here in Ontario. His contributions to the sport were significant and he was recognized with many accomplishments and awards along the way, highlighted by Sovereign Awards, an Eclipse Award, and ultimately being enshrined in the Horse Racing Hall of Fame. On behalf of Woodbine Entertainment, we send our deep condolences to his family and friends,” said Jim Lawson, CEO, Woodbine Entertainment.

In 2013, Melnyk cut back substantially on his racing and breeding operation, offering several of his top horses through Taylor Made at the Fasig-Tipton Kentucky Winter Mixed Sale, where Pool Land attracted a sales-topping $900,000 from Live Oak Plantation. Sealy Hill made $590,000 from Regis Farms at the same event and would go on to become the dam of $1.25-million Keeneland September purchase GISW Cambier Parc (Medaglia d'Oro). A further sale of Melnyk racemares and weanlings was held at Fasig-Tipton in the summer of 2014, where Mahogany Lane (A.P. Indy), a daughter of Marley Vale, topped the offerings on a bid of $315,000 from Calumet Farm. According to Equibase, Melnyk made just 22 starts in 2015, eight in 2016 and ran his last horse in 2017. In addition to Pletcher, Melnyk employed the services of trainers Josie Carroll, Mark Casse and Tom Albertrani.

“I've already won a Breeders' Cup,” he said. “I've won each leg of the Canadian Triple Crown, both female and male. I've won Eclipse Awards. At one point, you've reached the peak and you've done it all and you've won it all.” He was also quoted as saying, “I bred the best to the best and some worked out, but 98% don't work out.”

Melnyk  is a former trustee of the New York Racing Association, a co-recipient of the National Turf Writers Association's Joe Palmer Award and was also named Owner of the Year in 2005 by the Thoroughbred Owners and Breeders Association.

According to Wikipedia, Melnyk was the founder, chairman, and CEO of Biovail Corporation, once Canada's largest publicly traded pharmaceutical company with more than C$1-billion in annual revenue. He sold almost all of his holdings of the company by 2010. Canadian Business magazine ranked Melnyk 79th on its 2017 list of Canada's 100 wealthiest people, with a net worth of $1.21 billion.

In 2003, Melnyk purchased the Senators along with their arena, then known as the Corel Centre, for US$92 million. The Senators played in the Stanley Cup Finals in 2007, losing in five games to the Anaheim Ducks.

“The National Hockey League mourns the passing of Ottawa Senators owner Eugene Melnyk,” NHL Commissioner Gary Bettman said in a statement. “The words 'passion' and 'commitment' define the man who has owned the Ottawa Senators since 2003. While successful in business, it was our game and his Senators that he was most passionate about. Eugene was often outspoken, but he maintained an unwavering commitment to the game and his roots and he loved nothing more than donning a Senators sweater and cheering on his beloved team. On behalf of the entire National Hockey League, I extend my deepest sympathies to Eugene's daughters, Anna and Olivia, his extended family, and all those who benefited from his generosity.”

Melnyk was also known for his philanthropy and concentrated his efforts on charities that helped children and the elderly. According to Wikipedia, Melnyk donated $1 million to the Belmont Child Care Association for the construction of the child care center now known as Anna House. The facility was named after his daughter.