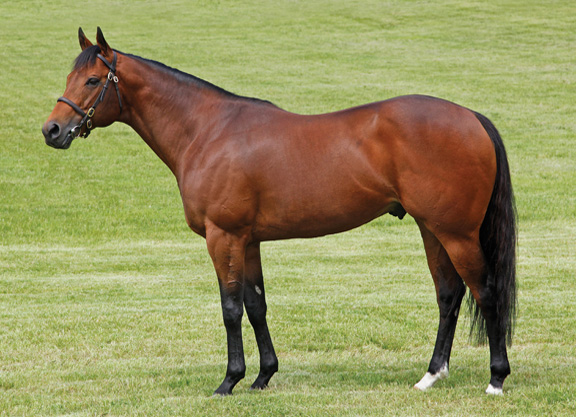 Equiano is on the move to Ireland

Dual Royal Ascot-winning sprinter Equiano (Fr) will move from Britain to stand at the Irish National Stud in 2021.

Irish National Stud CEO Cathal Beale said, “We are delighted to offer Equiano to the Irish market at a time when solid, proven speed influences are ever more valued by breeders. He is an imposing individual with a great walk and, being completely free of Sadler's Wells and Danzig blood, he is a great outcross option. Standing alongside Invincible Spirit, Equiano's addition to our roster will mean we can offer Irish breeders two of the most prolific sources of speed available in Europe.”

Equiano started his racing career in Spain under the care of Mauricio Delcher Sanchez and soon progressed to group company in France before beating Takeover Target (Aus) in the G1 King's Stand S. during his 3-year-old season. Switched to Britain and the stable of Barry Hills following his Royal Ascot success, he won a further three races in England as a 5-year-old, including a second King's Stand. He was also runner-up in the G1 July Cup by a neck to Starspangledbanner (Aus). Through four seasons of racing he won seven of his 27 starts.

No fee has yet been set for Equiano, who stood at £6,000 for his last two seasons in Britain.