Epicenter Only the Latest Whose Time Has Come 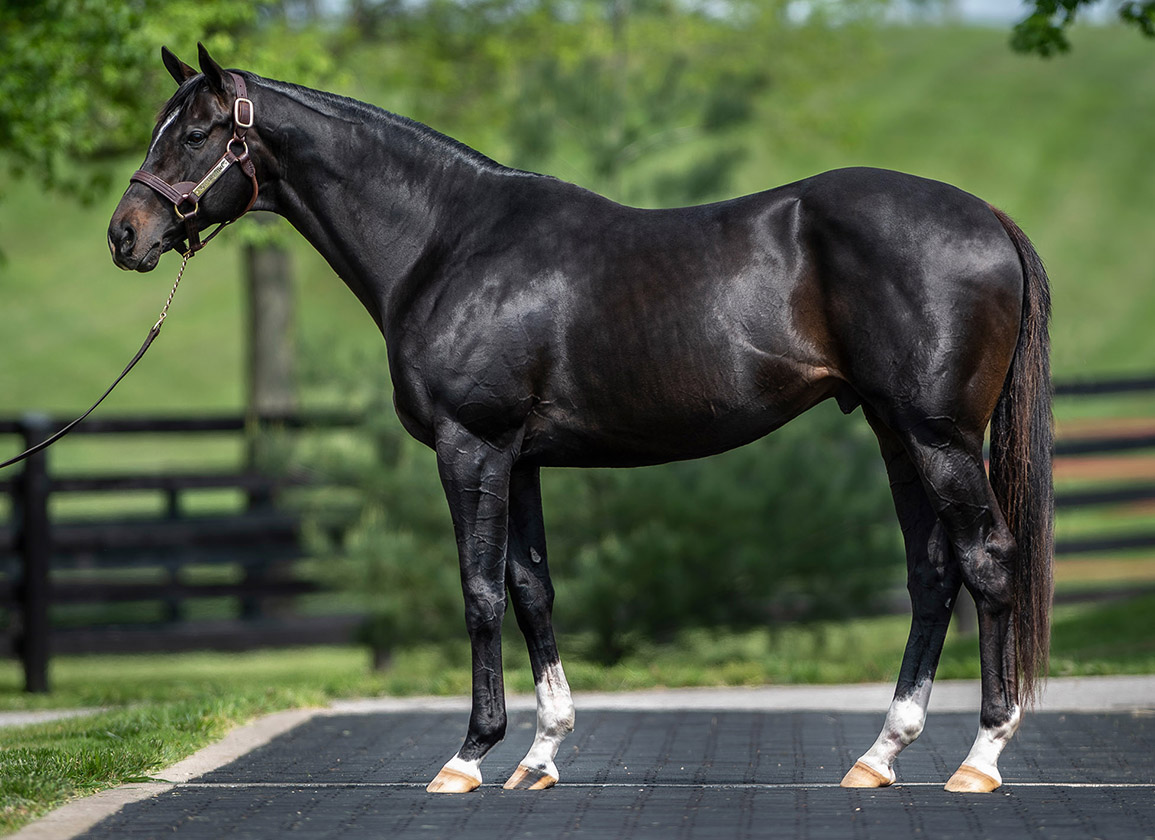 Not This Time | Taylor Made Stallions/Amy Lanigan

The first thing that will strike most people about the emergence of Epicenter on the Derby trail is the way only his second crop of sophomores is putting up in neon lights the name of Not This Time.

The GII Risen Star S. winner is lighting a path for several other sons of the Taylor Made stallion, notably fast-closing GIII Holy Bull runner-up Simplification and Saturday's GII Rebel S. fancy Chasing Time. Two others, Howling Time and In Due Time, are learning their scripts in readiness for forthcoming rehearsals in Florida. And it's worth reminding ourselves that these are all still the result of $15,000 covers. With an upgrade in his mares seemingly guaranteed, after his freshman deeds in 2020 earned an elevation in fee last year to $40,000, then there's no knowing where this momentum may ultimately take Not This Time.

But before giving due attention to his sire, I first want to put something front and center that will not be quite so immediately apparent to many now considering Epicenter's Derby credentials. That's because the other half of this horse's pedigree is pegged down by a couple of names that will have a sentimental resonance only to those well versed in European bloodlines of a generation ago. But rest assured, they could add another lap to the Derby and here's one horse that wouldn't quit. And bearing in mind the flair he has been showing on the pace, that would suggest Epicenter to be pretty close to the full package.

His third dam is by Ela-Mana-Mou (Ire) out of a Busted (GB) mare. If that won't necessarily mean a great deal to many in the Bluegrass, fair enough. Both stallions were plying their trade a long time ago now, and feel like remarkably left-field discoveries behind a colt with the dirt Classics firmly in his sights. But be assured that both Ela-Mana-Mou and Busted–united, on the track, by the improvement they showed as mature 4-year-olds to win Britain's premier all-aged prize over 12 furlongs, the King George VI and Queen Elizabeth Diamond S.–remain indelible brands for bottomless stamina. 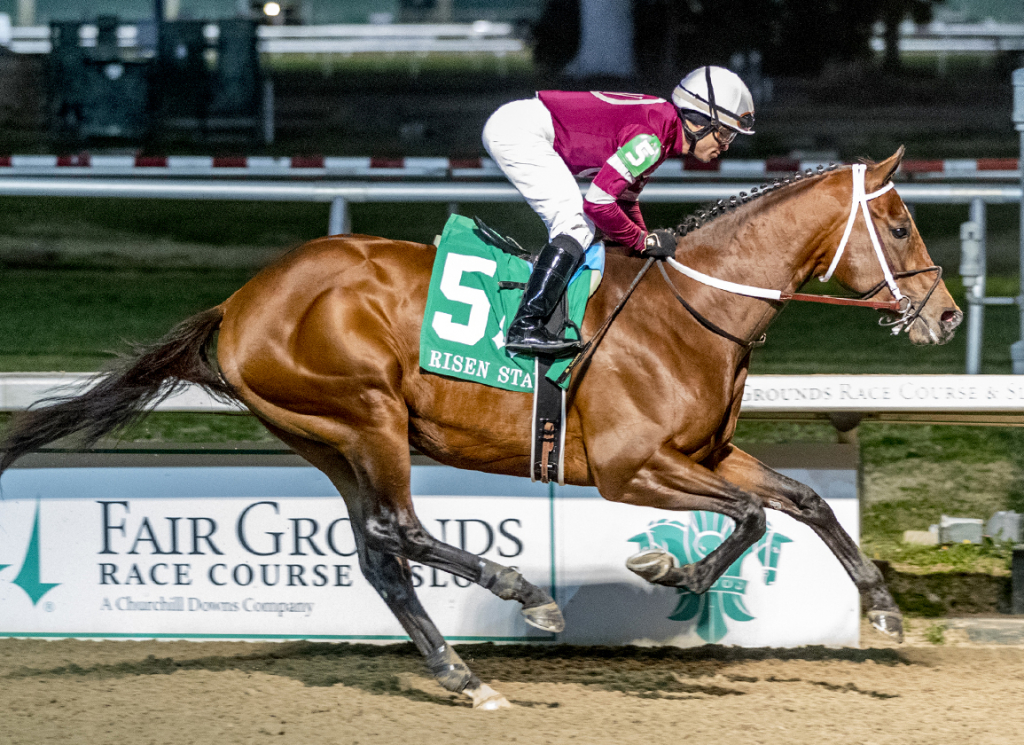 When you throw into the mix a second dam by a son of Sadler's Wells, and the iron seam of Giant's Causeway mined by Not This Time, then nobody wants to attribute the way Epicenter saw out a ninth furlong last Saturday merely to a relative lack of competition for the lead.

Busted's two best sons, Bustino (GB) and Mtoto (GB), both sired winners of the Ascot Gold Cup over two and a half miles. And Ela-Mana-Mou trademarked his own staying power through his charismatic son Double Trigger (Ire), who indefatigably swept the Cup treble at Ascot, Goodwood and Doncaster in 1995.

If Epicenter's third dam, Soundproof (Ire), didn't drill the well of stamina to anything like the same extent in producing her best performance over a bare mile, then the circumstances were scarcely more alien to American experience: she beat no fewer than 25 pursuers, all carrying different weights, by seven lengths on heavy ground.

Albeit that profile hardly gave Soundproof obvious appeal to American breeders, she somehow ended up crossing the water and at one stage changed hands for $3,500 at a Keeneland November Sale. Few of her matings, either side of the ocean, turned out to be terribly helpful but she did produce a seven-time stakes winner, chiefly on dirt in Alberta, by Brahms. In 1999 she was covered by the rookie King of Kings (Ire), one of the most precocious achievers by Sadler's Wells but ultimately a disappointment at stud. The resulting filly Silent Queen was confined to just three starts including success in a sprint maiden claimer on the dirt at Gulfstream.

Despite fairly modest coverings on the whole, Silent Queen bred seven winners including a couple that managed a Grade III podium on turf. One of these was Silent Candy, by a partner who turned out to be on his way up in Candy Ride (Arg). This filly also won a stakes race on the grass at Arlington over a mile, but had barely started her own breeding career when sold through Summerfield at Keeneland November in 2014, to Westwind Farms for $130,000.

This multi-generational farm near Bowling Green, Kentucky, has over the years attested to its horsemanship in raising Hall of Fame sprinter My Juliet (Gallant Romeo), and more recently (as co-breeder) three-time Grade I winner Sweet Reason (Street Sense). And the Harris family excelled again when identifying Not This Time as a young stallion deserving of Silent Candy's attention in 2018, his second season at Taylor Made. When the resulting colt was offered as a yearling at Keeneland September, they were duly rewarded with a knockout $260,000 dividend from Winchell Thoroughbreds. And this, of course, was Epicenter.

All told, this feels a pretty clear case of Not This Time moving up a page, Epicenter's dam having hitherto produced little even from matings with Scat Daddy and More Than Ready. We only started with the maternal family because the fact is that we've been banging the drum for Not This Time right from the outset. Indeed, he's proving so potent a stallion that he has even been equal to consecutive nominations as gold on the “value podium” in our annual winter review of Kentucky stallion prospects!

The most prolific freshman of 2020 followed through last year to top the second-crop table by earnings–and also by his 13 stakes winners, better than runner-up and third Nyquist and Frosted combined. (They fielded half a dozen apiece.) Historically, his black-type action was putting Not This Time in step even with War Front and Tapit at the equivalent stage of their careers; and his 2021 percentage of black-type winners-to-starters, tipping 10%, left the top four general sires (by number of such winners) gasping in his wake: 6.5% for Into Mischief, 7.3% for Curlin, 6.3% for Munnings, and 8% for Medaglia d'Oro.

Anyone who felt that Not This Time was hiked too steeply, from a fee reduced to $12,500 in 2020 to $40,000 in 2021–needs only to digest those stats for a moment before conceding that a marginal increase this time round, to $45,000, was pretty indulgent. Remember that the graduates of his third and weakest book, numbering no more than 64 live foals, achieved a $102,368 average at the yearling sales. That's him just marking time, with 319 mares through the revolving door in his next two books.

A big part of the theory about Not This Time, on his premature retirement with a soft-tissue injury, was that even in getting within a neck of class champion Classic Empire (Pioneerof the Nile) at the Breeders' Cup, after a more difficult trip, he had shown only the tip of the iceberg as a Giant's Causeway half-brother to late-blooming Liam's Map (Unbridled's Song). Even as it was, don't forget that he beat the eventual Derby runner-up by nearly nine lengths in the GIII Iroquois S.

Here, it seemed, was a horse that had achieved an elusive balance: the best of both worlds between the Classic bloodlines of Giant's Causeway and the Florida speed of his maternal family, condensed by a dam placed in the inaugural Filly & Mare Sprint at the Breeders' Cup and a second dam famously inbred as close as 2×3 to Dr. Fager's Hall of Fame half-sister Ta Wee.

The formula had already been advertised by the way Liam's Map carried his speed so aggressively before making a fine start at stud himself. And Not This Time duly landed running at the sales, breaking the OBS freshman record for a juvenile when Princess Noor made $1.35 million–off a $15,000 cover!–before romping in a Grade I on her second start. 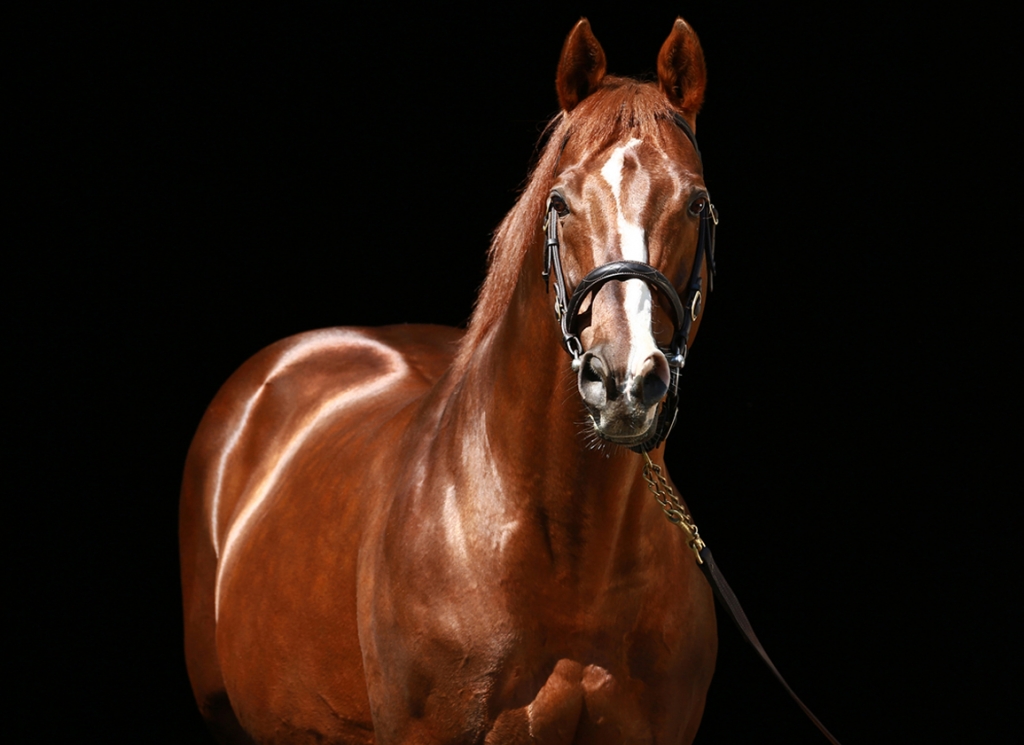 I love the fact that of only five foals out of Ta Wee, two are right behind Not This Time's second dam Yada Yada: her sire Great Above, and her granddam Tweak (Secretariat). (Great Above, moreover, was by a son of Dr. Fager's sire Rough'n Tumble.) So you have these Nerud-Tartan Farms fingerprints on one side, balanced on the other by the venerable branding behind Giant's Causeway, whose third generation is seeded by Northern Dancer, Secretariat, Blushing Groom (Fr) and Roberto.

While Dale Romans is seldom understated in his esteem for a good horse, it was remarkable to hear him suggest that Not This Time was not just the best horse in his crop, but “the best horse in a long time”. For present purposes, however, what was most interesting about the tribute he paid a couple of years ago was that he never saw the horse get tired. As such, it can only augur well for Epicenter that he also has this deep seam of stamina latent in the bottom line.

If you go back far enough, indeed, you'll find that this extends to the prewar matriarch Lost Soul (GB) (Solario {GB}), who holds together a dynasty of elite turf performers in postwar Europe for the Holliday family's Cleaboy Stud, featuring the likes of 1951 Epsom Oaks winner Neasham Belle (GB) and 1955 Coronation Cup winner Narrator (GB). Parchments of scroll, no doubt, but its modern descendants include one of the outstanding European performers of 2021 in Hurricane Lane (Ire) (Frankel {GB}).

Needless to say, that horse also owed plenty to a source of modern vitality in his outstanding sire, but then much the same looks to be true of Epicenter. Sure, this horse can expect competition up front on the first Saturday in May. And nobody will be losing faith in the two colts that chased him home last weekend, after their lay-offs and troubled trips. As we keep stressing, however, the exclusion of sprinters by the starting points system has made it pay to take a share in the speed of recent Derbies.

While that doesn't feel like a terribly healthy development, in itself, it won't alter the eligibility of this horse, in time, potentially to become quite a wholesome influence on the North American breed, filtering these strains of European turf quality and stamina both top and bottom. Regardless, he is already corroborating the impression that Giant's Causeway, having produced his premier European heir Shamardal from his debut crop, reserved perhaps his principal American successor, in Not This Time, as the opposing bookend of his brilliant career.