Entries Out For World's Richest Race 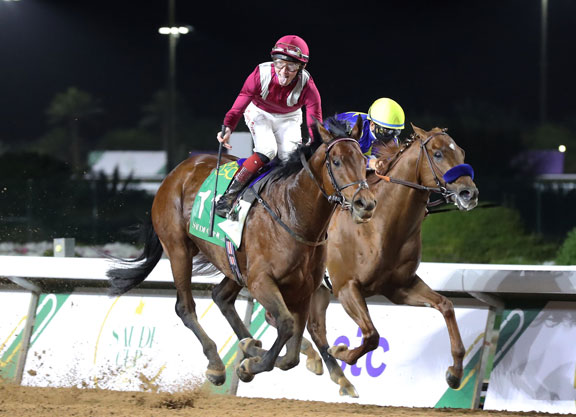 Defending winner Mishriff (Ire) (Make Believe {GB}) as well as Breeders' Cup winners Knicks Go (Paynter), Life Is Good (Into Mischief) and Marche Lorraine (Jpn) (Orfevre {Jpn}) are among the entries for the $20-million G1 Saudi Cup which takes place on Feb. 26 at Riyadh. Connections of the 5-year-old Mishriff recently confirmed he is on track for the race, and the GI Breeders' Cup Distaff winner Marche Lorraine is expected to conclude her racing career there. Breeders' Cup Classic winner Knicks Go and Dirt Mile victor Life Is Good are set to clash in the Jan. 29 GI Pegasus World Cup, which Knicks Go won last year before finishing fourth in the Saudi Cup. Knicks Go is set to stand stud at Taylor Made Farm this year for $30,000.

Click here for entries for the 2022 Saudi Cup card.