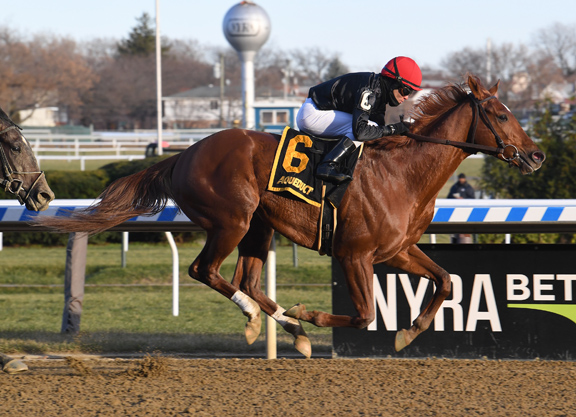 The highly regarded Performer (Speightstown), a hard-fought neck winner over Eye of a Jedi (Eye of the Leopard) in the GIII Fred W. Hooper S. Jan. 23, will look for his second straight tally over track and trip in Saturday's GII WinStar Gulfstream Park Mile S. The 2019 GIII Discovery S. winner was a disappointing third as the 4-5 favorite in the slop in the GI Cigar Mile H. two starts back Dec. 5.

“He gutted it out pretty good,” trainer Shug McGaughey said of Performer's Hooper win. “He was down on the inside. Joel [Rosario] looked up and saw those horses on the lead were going easy, so that's when he eased him to the outside. I don't think it killed him to win, but that horse that finished second is a pretty darn horse.”

Tax (Arch), a good second as the favorite behind Performer in the Discovery during his 3-year-old campaign, returned from the shelf with a razor sharp, front-running victory over the aforementioned Eye of a Jedi in the local GIII Harlan's Holiday S. Dec. 12, good for a gaudy 105 Beyer Speed Figure. The 2019 GII Jim Dandy S. and GIII Withers S. winner, however, failed to build on that effort in his next start, reporting home a disappointing 10th at 5-1 in the GI Pegasus World Cup Invitational S. Jan. 23. Trainer Danny Gargan adds blinkers for this cutback to one turn.