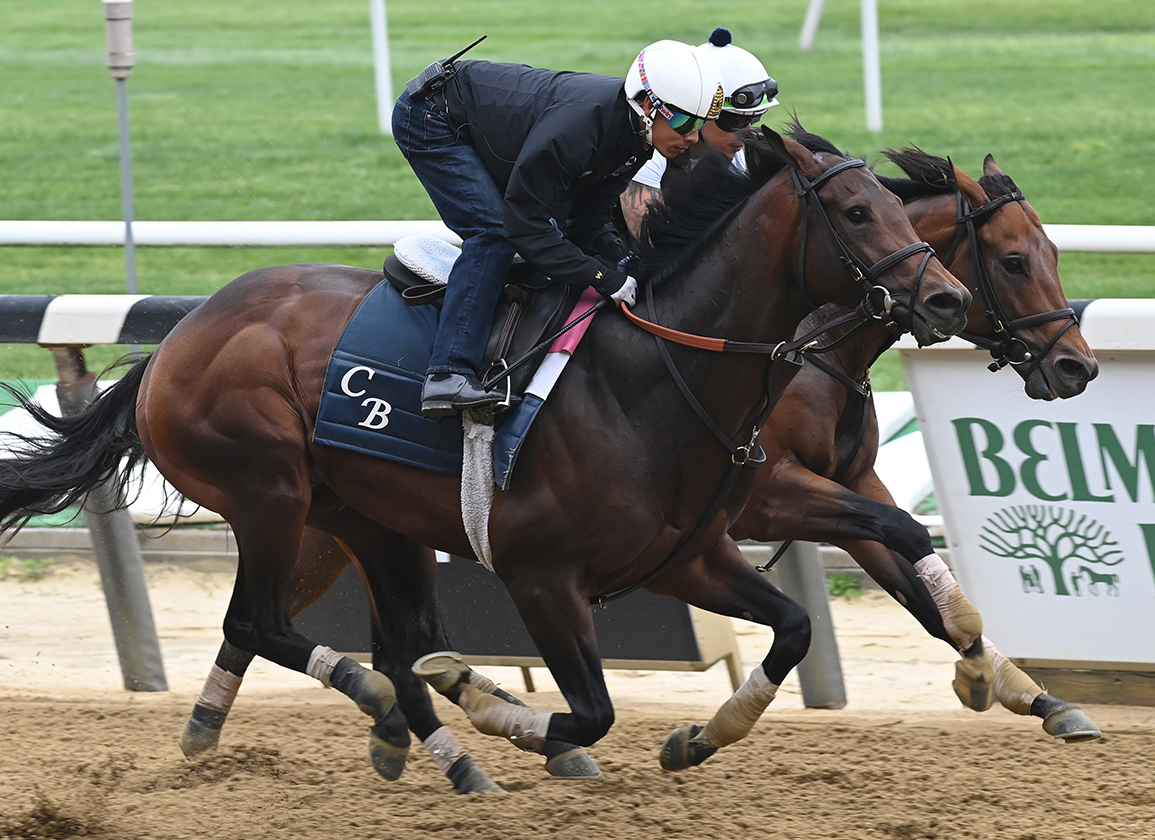 Under jockey Jose Ortiz, The Chad Brown pupil went three-eighths in :36.40 before completing the five furlong move in 1:00.63 and galloping out six furlongs in 1:13 flat over the fast main track.

“He hit the times just as I wanted and he galloped out super,” Brown said of Early Voting. “If he comes out of the breeze in good shape, then he's on to Pimlico. Tentatively, I'm thinking of shipping the horse on Tuesday.”

Early Voting skipped the GI Kentucky Derby in favor of this spot. Brown made a similar move with the Klaravich co-owned Cloud Computing (Maclean's Music) after he finished third in the Wood.

“There's a lot of similarities,” Brown said. “They both are lightly-raced, improving horses that are coming out of the Wood and could use a little more time and experience rather than throw them into a 20-horse field in the Derby.”

“Miles D worked inside, he's actually a little better outside, but it set it up that way today,” said Brown. “He got a lot of the work this morning. He missed a little time because he got sick before the Oaklawn Handicap, so we missed that race. He should appreciate the distance of the Pimlico Special.”