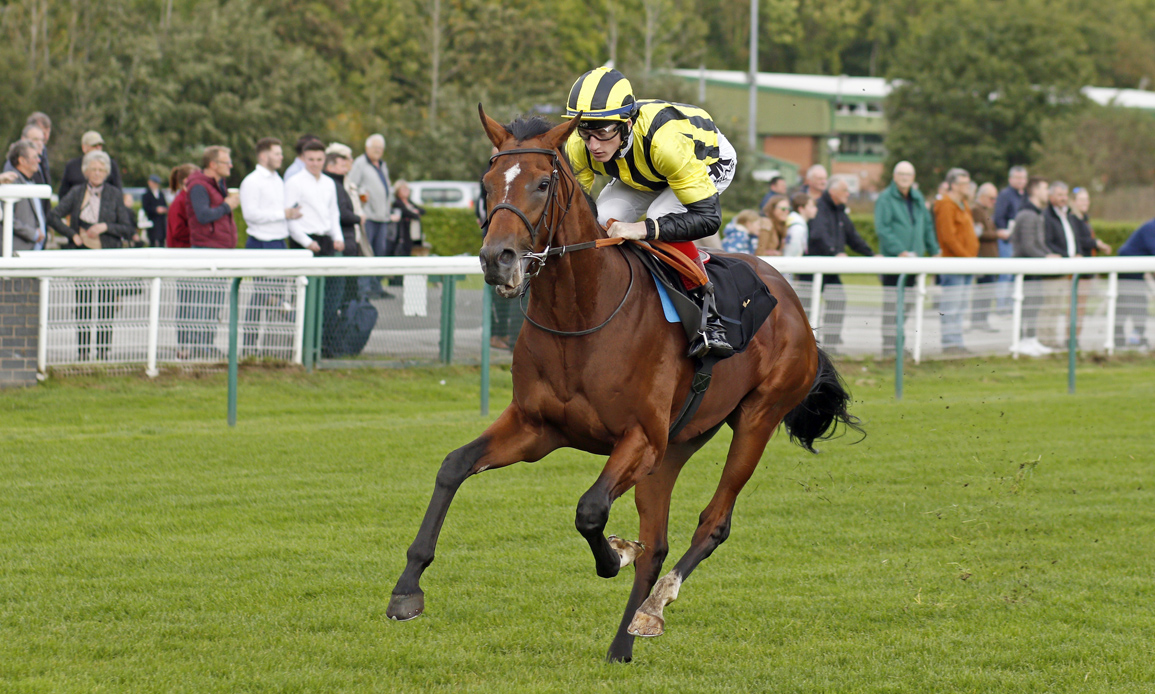 KHK Racing's 2.7-million guineas October Book 1 purchase Akhu Najla (GB) (Kingman {GB}) ran second for Roger Varian in his Leicester unveiling Tuesday and the partnership was back in action with £480,000 [email protected] Breeze-Up graduate Eldar Eldarov (GB) (Dubawi {Ire}), who powered to 'TDN Rising Stardom' in the second division of Wednesday's British Stallion Studs EBF Maiden S. at Nottingham. The 13-8 favourite tanked forward from a slot in rear to track the leaders in fourth after the initial exchanges of this debut and crept closer once into the home straight. Looming large on the bridle soon after passing the three-furlong marker, he assumed control approaching the two pole and stretched clear in impressive fashion to easily account for Janoobi (Ire) (Night of Thunder {Ire}) by a geared-down five lengths.