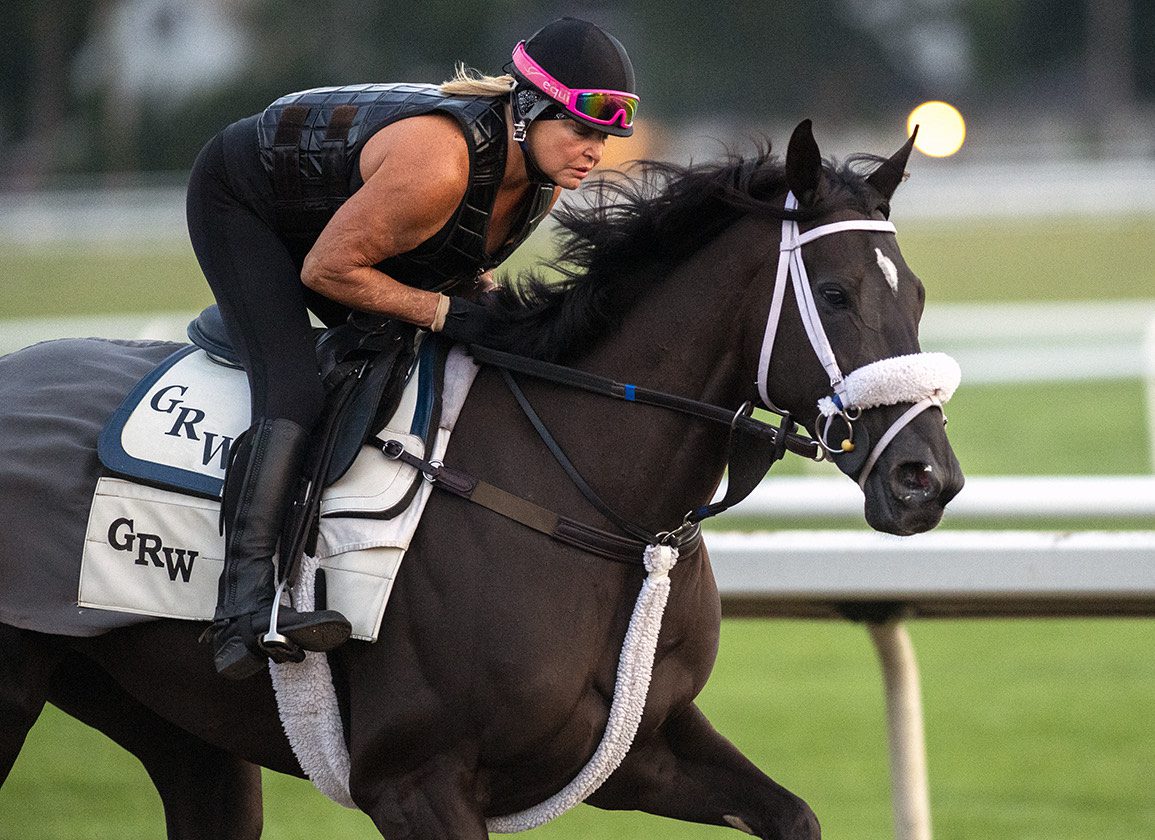 Cindy Hutter aboard Daddy is a Legend | Sarah Andrew

Cindy Hutter, exercise rider and assistant to her husband, trainer George Weaver, remained unconscious but was in stable condition Monday at Albany Medical Center, according to Daily Racing Form's Dave Grenig. Hutter was galloping Vindatude over the Oklahoma training track in Saratoga Sunday morning when the 3-year-old filly suffered an apparent heart attack and died. Hutter was pinned under the stricken filly.

“Based on all the imaging and data they've got, they think she's going to come around and be fine,” Weaver told DRF. “Hopefully, it happens sooner than later.

“She's not conscious yet,” Weaver said. “She picks up her right arm, she squeezes her arm a little bit when they do try to wake her up. She's not opened her eyes or tried to talk. We're waiting for her to come around, and she will on her own schedule. It was a pretty traumatic accident. I'm sure when her body's ready to let her wake up, she will.”

According to DRF, the 57-year-old Hutter also suffered broken ribs, a broken collarbone and a lung injury in the accident.