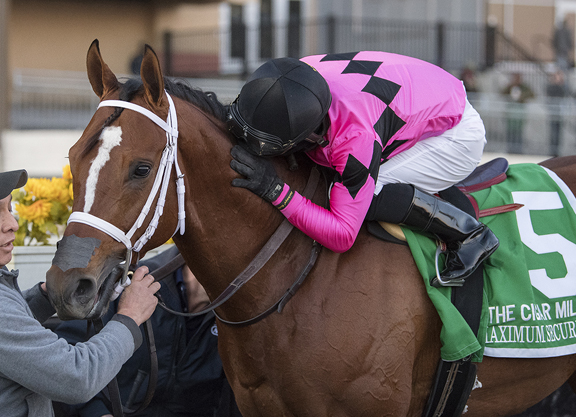 A half-interest in likely champion 3-year-old male Maximum Security (New Year's Day) has been purchased by Coolmore, according to the colt's owner, Gary West. The story was first reported by Daily Racing Form.

According to Dave Grening's report in the Form, Maximum Security will race until the end of his four-year-old year, and then be retired to Coolmore's Ashford Stud in Versailles, KY.

The Jason Servis-trained Maximum Security has won seven of his nine starts to date, and was disqualified from first to seventeenth in the GI Kentucky Derby in May. Last seen romping in the GI Cigar Mile H. Dec. 7, he is being pointed to the Feb. 29 $20-million Saudi Cup.