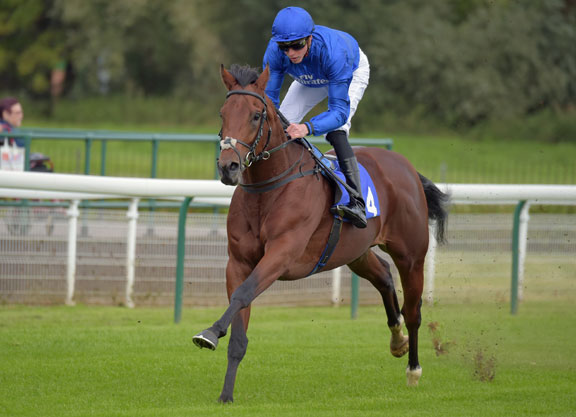 Dreamfield (Oasis Dream {GB}—Izzi Top {GB} by Pivotal {GB}), a 1.1 million-guinea Tattersalls October yearling in 2015 who won his first three starts in the UK, will stand the 2020 season at Dashmesh Stud in India, according to bloodstock agent Guarav Rampal, who was involved in the transaction. Tegbir Brar, the stud's owner, said, “Dreamfield is by a sire of sires in Oasis Dream and is from a top-class family developed over the years by Meon Valley Stud. Not many horses in the world can boast a pedigree where their first three dams are Group 1 winners. His broodmare sire Pivotal is a huge plus, too. He has top-class racing form, he had a high cruising speed and a good turn of foot, too. His cracking run in the July Cup [where he was sixth, beaten three lengths] where he beat the likes of Blue Point was a great plus for us. He is a great physical specimen, having made 1.1 million gns as a yearling. We feel he'll fit the Indian program very well. Further he'll mesh well with daughters of our Sunday Silence stallion, Win Legend, who will make up the bulk of his initial book along with a few more of our Classic mares that will nick well with him.”