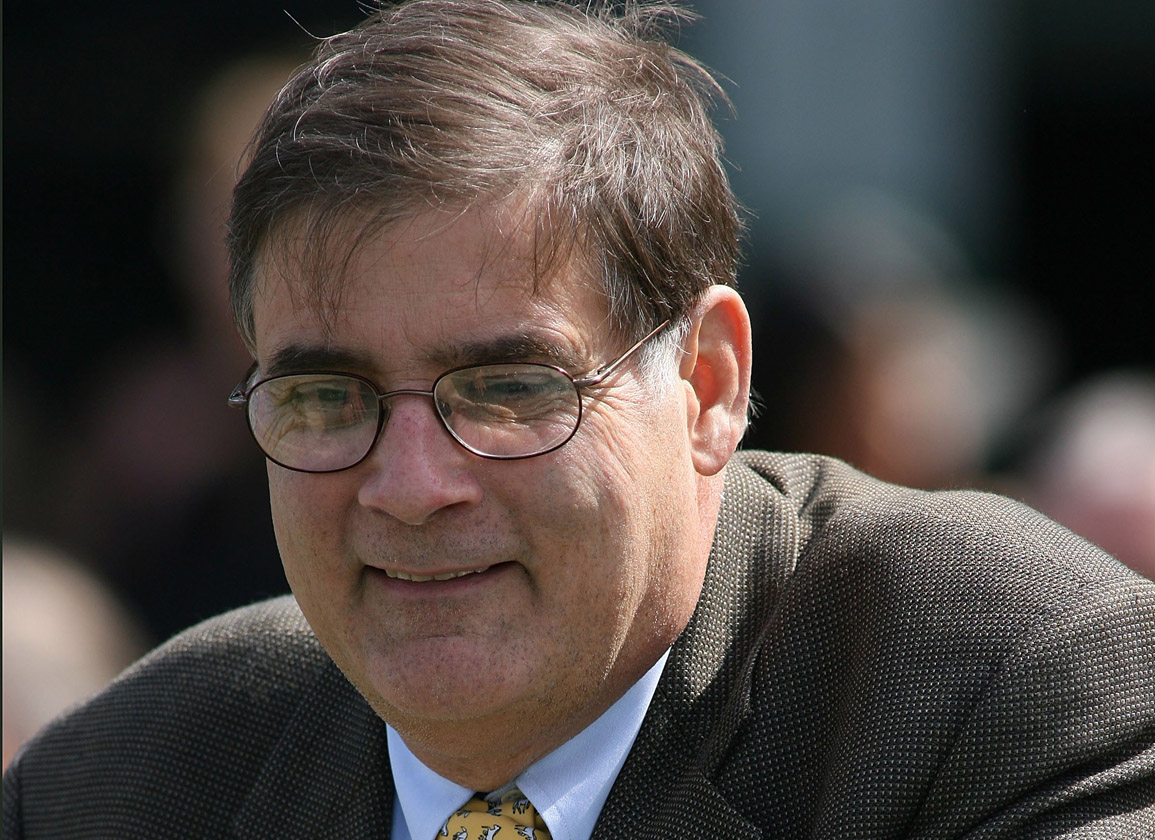 After 15 years as California's equine medical director, Dr. Rick Arthur has stepped away from the post. A vocal proponent of tightened welfare practices in the sport, Arthur has spearheaded during his tenure a slew of equine safety reforms that have made California arguably the most stringent regulatory environment in the States. Arthur's forthrightness, however, has led to him staking out positions that have at times proven polarizing.

The day after Arthur officially stepped down, he conducted a Q&A with the TDN, the first part of which can be seen here. In it, he discussed his tenure as California racing's chief veterinarian, the impending implementation of the Horseracing Integrity and Safety Act (HISA), and the recent controversy stirred up by a Washington Post report into his investigation into a series of sudden deaths among Bob Baffert trainees between 2011 and 2013.

The following is the concluding half of the interview. It has been edited only very lightly for grammatical and clarification purposes.

TDN: Another Washington Post story from earlier this week details a 23-page California deputy attorney general analysis of the California Horse Racing Board (CHRB)'s handling of the Justify case in which it states, “The court could find the CHRB abused its discretion and acted in a manner that was arbitrary, capricious, or entirely lacking in evidentiary fact.” Now, you've repeatedly said that the only part of the CHRB's handling of the case that concerned you was the secrecy aspect. If you could go back and redo that whole case, would you do anything differently?

RA: First of all, the case was handled at the recommendation of staff counsel in Sacramento, after consulting with attorneys in the business consumer services and housing agency which oversees the CHRB and with the attorney general's office. That is what was proposed. I certainly agreed with that, in accordance with California law. The dismissal of those cases was done entirely in accordance with regulations and California law.

There is no question that the only person who questions it is obviously Darrell Vienna [attorney representing plaintiff Mick Ruis], who planted the story with the Washington Post. I told the reporter he was being played. But anyway, that's a different issue. The only issue as far as I was concerned was that it was unfair to disqualify this horse when we were going through a process simply because of bureaucratic inefficiency by the California Horse Racing Board. I won't get into the details about why that was the case, but if you go back and look at the regulatory structure or the regulatory processes in California or of the CHRB at that time, I think it's pretty easy to see.

Since then, just to be clear, there have been five scopolamine positives in California. Not one trainer was sanctioned. Not one horse was disqualified. That doesn't include almost a dozen other horses that had scopolamine in their samples below the international screen limit that we use in the laboratory. So, I really have no regrets over it. I have no apologies.

You're talking about information that was provided, most likely, by [CHRB] commissioner Oscar Gonzales, who used to work for Darrell Vienna, to Darrell Vienna to promote this story because it just lost in a court case in superior court. So, where this is going to go, I don't know. But we had a reporter that was played by a plaintiff's attorney as far as I'm concerned.

TDN: Are you saying that Commissioner Gonzales was the one who leaked the document?

RA: I don't know if Oscar was the one, but Oscar has certainly been the proponent of keeping the Justify issue alive. Actually, I filed a whistleblower complaint against Commissioner Gonzales for basically arguing the Justify case as if he was representing Ruis with talking points that were clearly provided by Darrell Vienna.

TDN: When did you file that?

RA: Over a year ago. 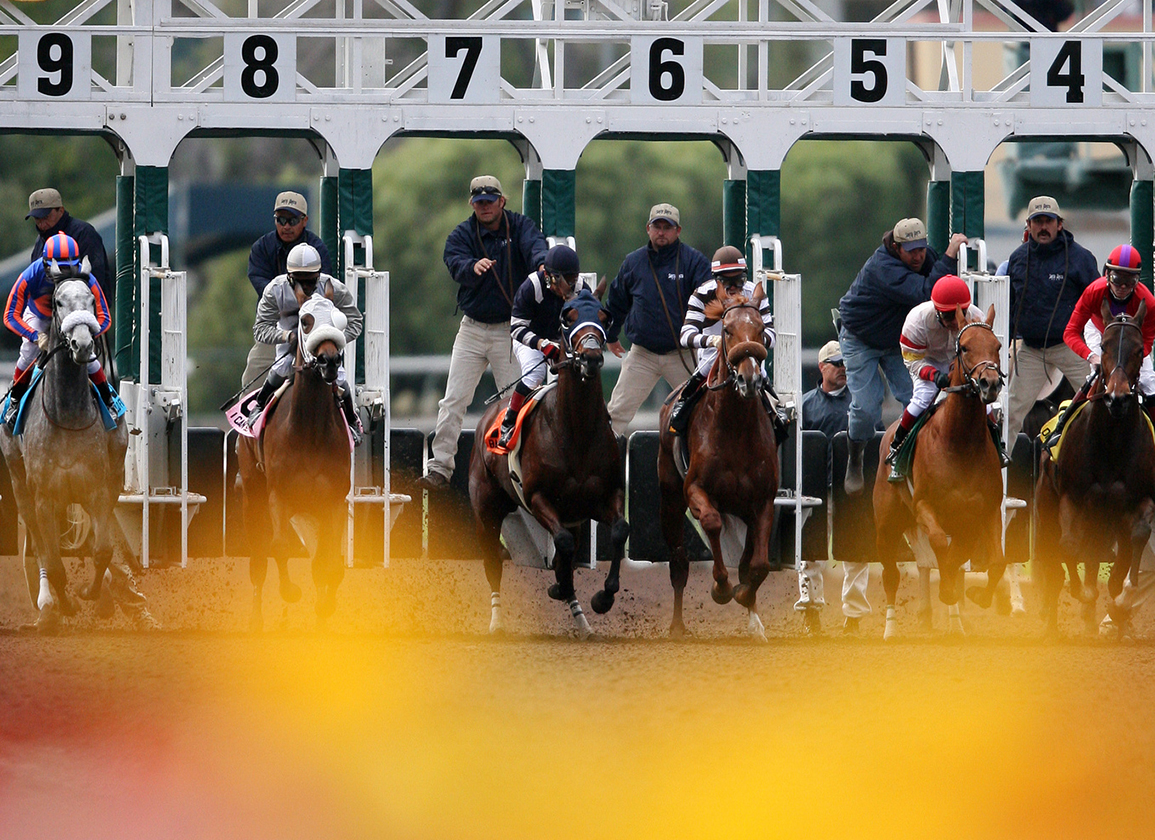 TDN: Has anything happened?

It is a done deal as far as I'm concerned, as much as people would like to keep it alive.

TDN: Now, you brought up the equine safety improvements that have occurred in California. We've made large demonstrable strides forward in that regard. But economically, the sport faces any number of serious challenges. What do you think it needs to do to ensure its longevity and sustainability?

RA: It's a real challenge to maintain the economic health of horse racing and make sure that we're doing everything right by the horse. They don't always go in the same direction. For example, we've raced almost 50% of our starts on the turf course here on a meet that is almost six months long. That really puts a lot of stress on the turf course. But that's where people like to run their horses. You have to have full fields.

We'd obviously like to have breaks so that the turf course could be in better condition. Maybe we need an additional turf course. I don't know exactly what it would be. But we do have to make it more economically viable for the owners, otherwise they're not going to [be able to afford] the PET or MRI [scans], all the other diagnostic techniques and examinations that we now require. So, somehow we have to improve the economics. But the key to sustainability is to make sure that we are taking care of the horse. 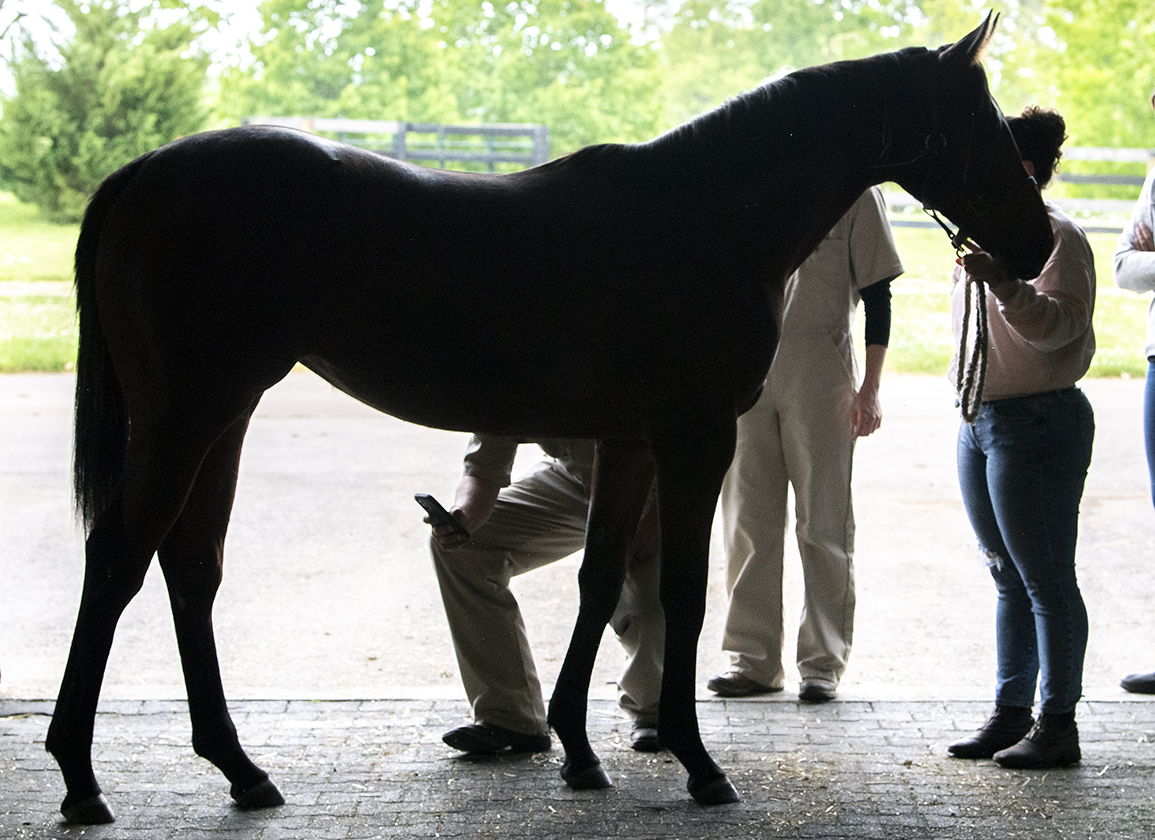 TDN: Do you think any of these safety measures are overkill?

RA: I don't know if they're overkill. They're maybe a little bit further than we need to go. But I think we'll sort those out over time.

RA: For example, a 30-day stand down for fetlock injections with corticosteroids. Not unreasonable, but probably more than needs to be required.

[Note: Arthur subsequently clarified his remarks that his frustration is with what can be the “inability” to regulate in a “meaningful way,” and pointed out that most international racing authorities use at most a 14-day corticosteroid injection stand down.]

TDN: Do you think racing in California is in better shape now than when you first took your position?

California's an odd state that way–most people don't know anything about horses. They don't know a lot about animals. There's not that rural background. Not very many people were raised on farms or around animals. So, there's really kind of a disconnect about how animals should be used in society, and that may not be sustainable for a long period of time.

I think the horse racing structure is in very good shape to go forward. But whether it will satisfy the public in California, I think is going to be hard to predict. I mean we've decreased fatalities, like I said, by 75%. Is that good enough? We will never have racing when there's zero fatalities, just like there will never be flying with zero crashes. I mean, that's just the reality of it. 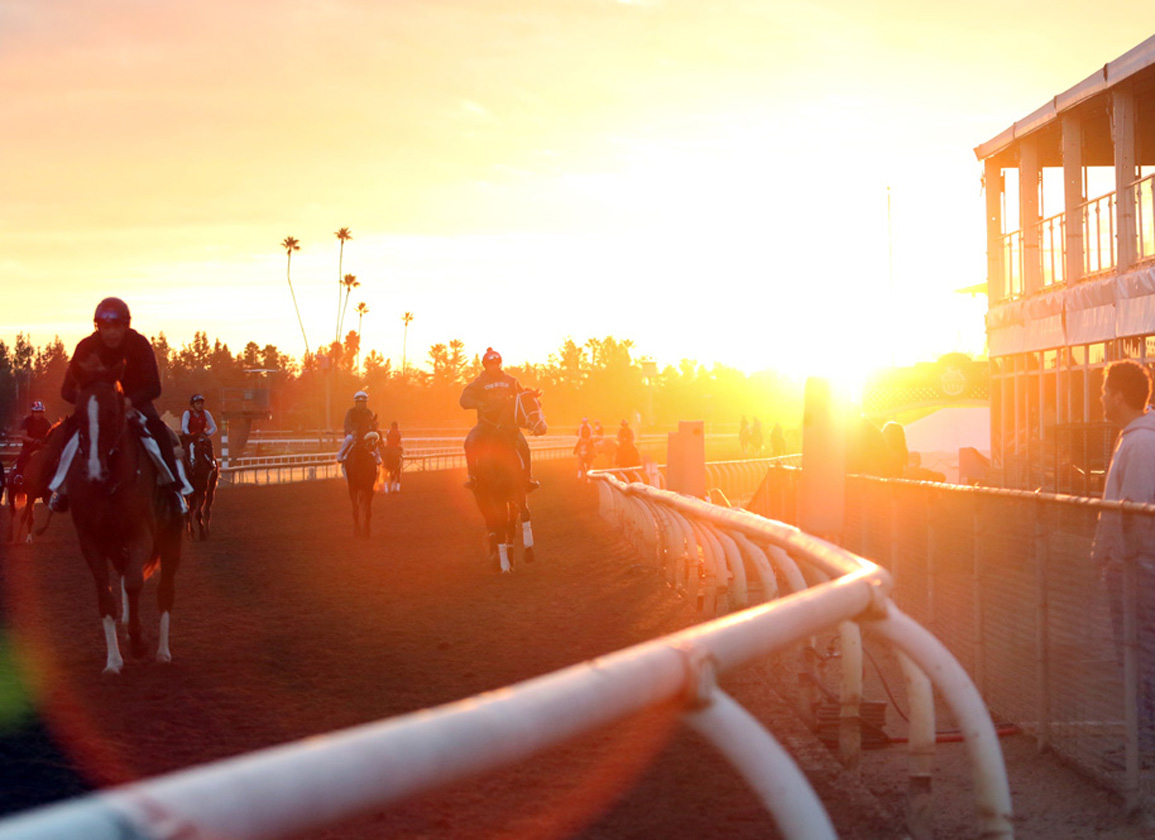 TDN: How real an existential threat do you think that is to California racing?

RA: I think it's a real existential threat to racing in California. The Santa Anita fiasco really exposed horse racing to people who weren't paying attention. The racing press understood that horses were injured in racing. The non-racing press really had no idea.

The type of questions that I had from reporters who had never covered racing before, never covered sport, were pretty astounding. I think a lot of people didn't realize that there are fatalities in horse racing. I think it came as a big surprise. And when you look at the numbers, it can be pretty frightening. I'm talking about nationally–there's a lot of horses in training.

TDN: How successful has the sport been thus far in challenging that narrative and what do we need to do better?

RA: I think we pride ourselves on the care we give our horses. There are certainly risks associated with it, just like there is with a lot of different production agriculture. But, I mean, [compare that] to the wild horses out in the fields, which have a life expectancy of about a third of what the horses that are managed have. I think sometimes people don't understand how well we take care of horses, and I think we have to present that message.

It used to be that people came around to the barns, look at the horses and pet them. A lot of people have never touched a horse, and I think if they get that interaction with the horse, that's something that we can sell.

To me, racing is a sport. Horses are athletes. I'm not involved in the gambling aspect of it myself. Gambling pays for the sport for the rest of us. Obviously it's a business. Gambling is key to it and getting horses and getting full field sizes or having the more races, the better the business model. But really to me, I think we have to sell the sport more than we do. 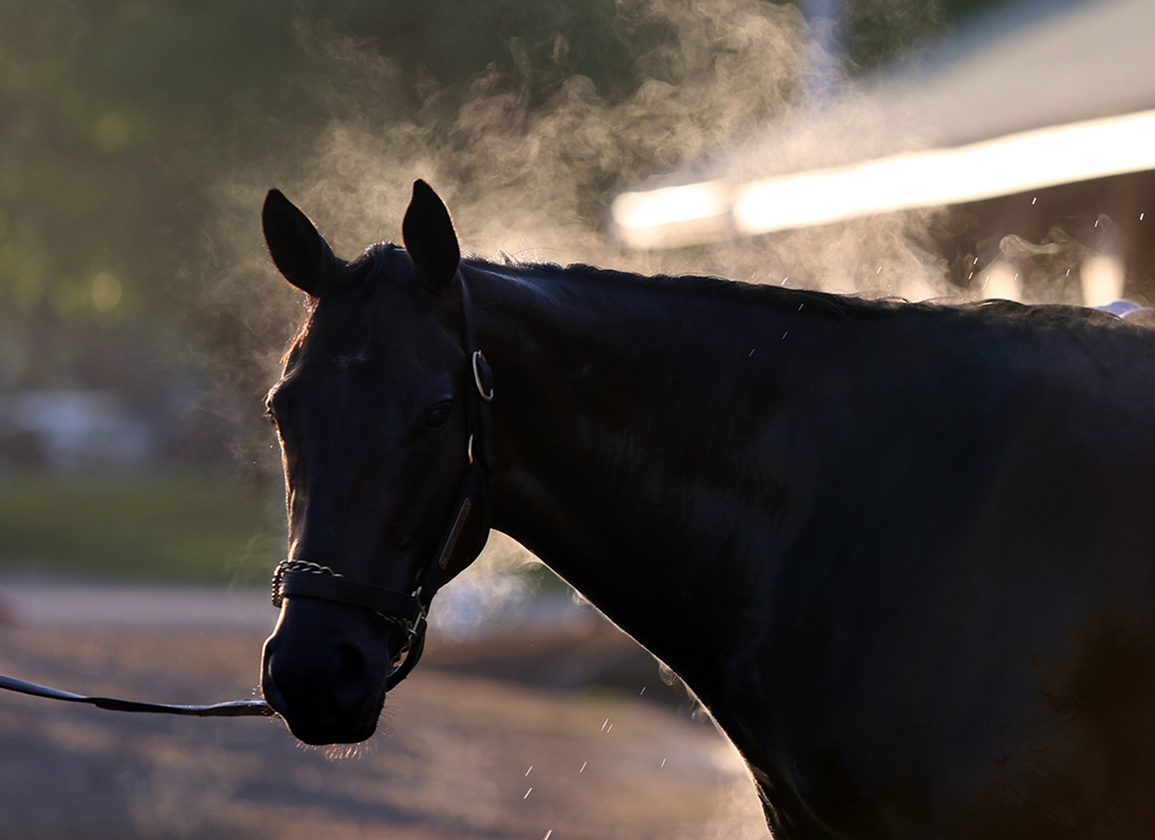 TDN: What advice would you like to give to your successor, Dr. [Jeff] Blea?

RA: Well, I think Dr. Blea is well suited for this position. He's been in national leadership positions. He certainly is aware of controversy, which comes with this job. You can't avoid it if you're going to do the job right. I think the real issue is to do what you think is right and stand up for what you think is right.

TDN: And what's next for you?

RA: I'm still going to stay involved. I'm still involved in national and international organizations. I'll continue to do that. I've certainly had some opportunities that I'm mulling over in the future. But how hard I want to work? I really don't know.

I have some research projects that [are] still in the works. I'm involved with the Grayson-Jockey Club Research Foundation, RMTC [Racing Medication and Testing Consortium]–those sorts of things that I'm going to continue to do. And the Oak Tree Charitable Foundation as well. So, I'll keep involved in those.