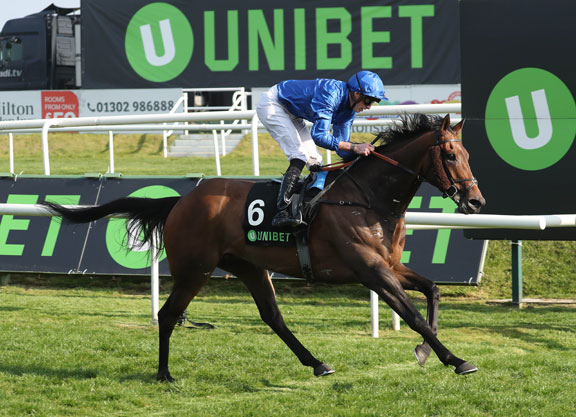 On what would have been its flat season opening Lincoln Day on Saturday, Doncaster will instead offer a virtual raceday, showing two past editions each of the Brocklesby, Doncaster Mile, Spring Mile and the Lincoln on its social media channels. The racecards for the event dubbed ‘The Flat Is Back – Virtually’ will be revealed 10 minutes before each race is shown. The event will also include a Best Dressed competition with a chance to win County Enclosure tickets.

Doncaster’s Head of Marketing Emma Rouse said, “I had a bit of an epiphany on Monday night. The Flat was supposed to be back on Saturday and we’d put so much work into it as a team and we’d had good advanced sales. We didn’t want to lose that totally, so we thought we’d celebrate racedays gone by.

“We’ve launched it with a post today, but an event will go out on Facebook with an animation explaining to people how they can get involved. [On Thursday] we will launch the Best Dressed competition with the hashtag horsebound–rather than housebound. Hopefully people will dress up and there is the opportunity to win tickets to a future raceday before the end of December 2021.

“On Friday we’ll show a piece to camera which our raceday presenter, Natalie Green, has done introducing it all, so we’re hoping it’s going to build momentum. On Saturday we’ll show a virtual racecard from 1.30pm with all the runners and, using previous At The Races footage, we’ll play the races out.

“Yes, there will be people who remember who won, but there might be some who’ve never been racing before who see it and fancy a day at the races when it’s back on.

“We have no idea when racing might resume, we’re obviously hoping the sooner the better, but if it helps keep interest warm, that will be great.”