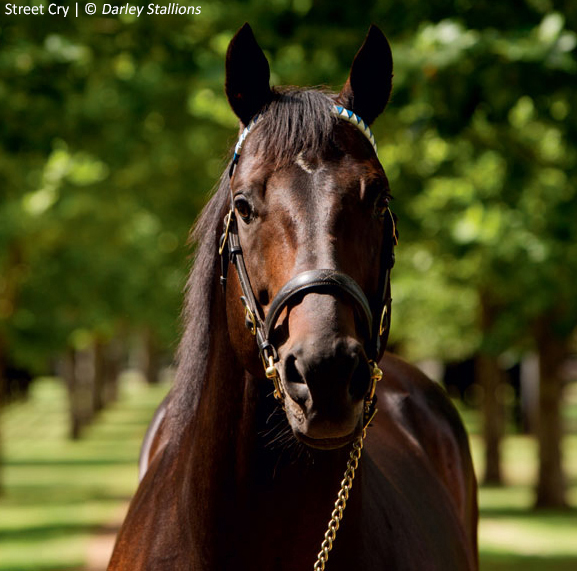 Shadwell's Eshtiraak (Aus) (Street Cry {Ire}) made it two wins on the bounce for the Lindsay Park training team when collecting the Yarramalong Racing Club Plate over 1200 metres at Sandown-Lakeside Wednesday, reported www.racenet.com.au. Third at first asking at Geelong Dec. 4, the colt blitzed a maiden field at Pakenham Park by six lengths Jan. 19 and emerged from Wednesday's contest with a half-length win. The most likely next start for Eshtiraak is in the 1400m G2 VRC Sires' Produce S. Mar. 11, but the G1 Blue Diamond S. Feb. 25 is also under consideration.

“You have got to get them ready, though 2-year-olds, for a seven-furlong race and we have got a Group 1 that is on our doorstep on the way,” co-trainer Tom Dabernig, who trains with his uncle David and cousin Ben Hayes, told racenet.com.au. “He has got a great constitution, but we'll see how he pulls up before making a decision where we go with him.”

Added hoop Damien Oliver, who was aboard for the colt's career bow, “It [the Blue Diamond] is a worthwhile race to look at because I think he'd be much better suited with a big field and genuine pace in the race. I think you'll really see the horse come to the fore then. He's a nice horse. I rode him early and I've always had a lot of time for him, he's a lovely type.”