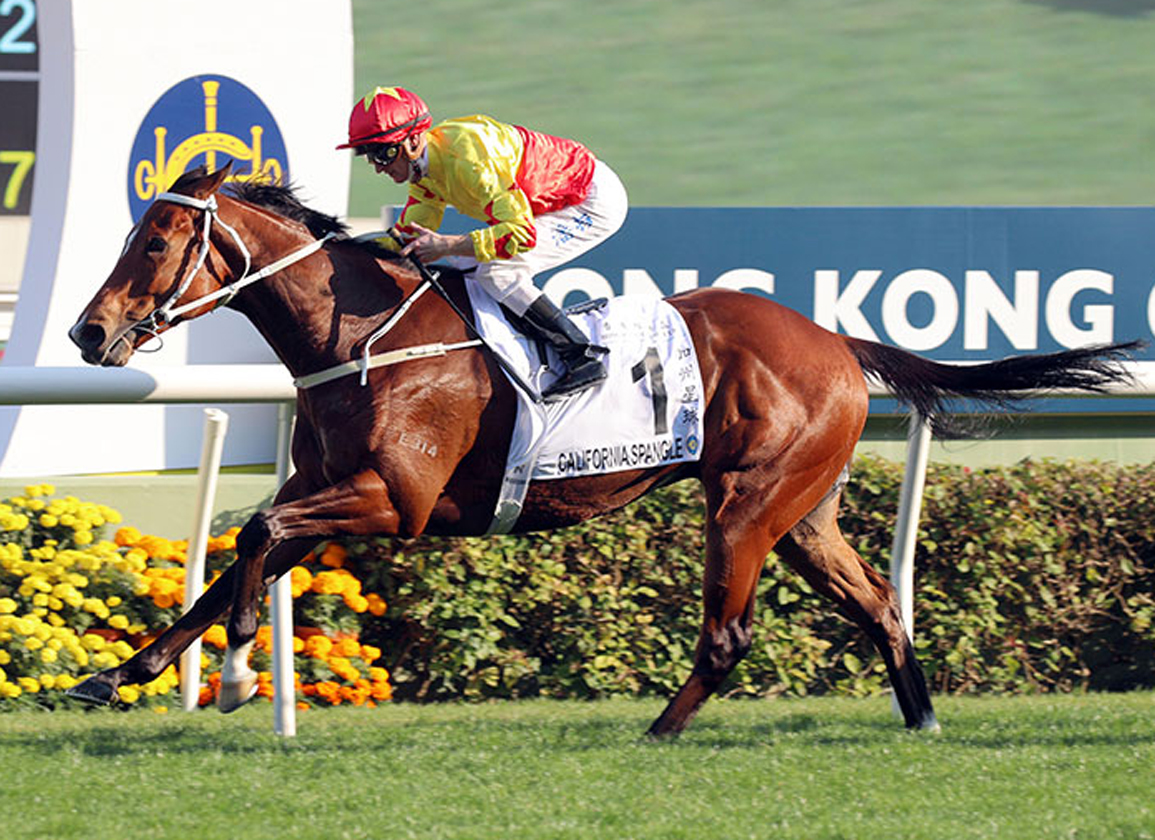 The winner of six of his eight local starts, California Spangle made all in the Feb. 27 Classic Cup, having endured a tough trip when second to Romantic Warrior (Ire) (Acclamation {GB}) in the Hong Kong Classic Mile back in January. But jockey Zac Purton admits that the 10 hole is not exactly what the team had in mind.

“Unfortunately, we have a number of speed runners drawn inside us who are no doubt going to try and hold their positions,” Purton said. “If I fire him out of the gate from 10 at this start to get across, maybe it gives him that signal it's time to go and he might see that corner and think he's in a 1200-metre race. It could go horribly bad for us, it's a horrible draw for us– but it is what it is.”

Roles were reversed in the Classic Cup, when Romantic Warrior was trapped out deep from a double-digit draw for the entire trip and finished a brave fourth. The Hong Kong International Sale grad fared better this time around in pulling gate eight.

“Last time he did cover a lot of ground, he was the widest horse for the whole race and he still finished off nicely so this time we are in the middle of the track,” said jockey Karis Teetan. “So if we can get a good jump and get him in a decent position, I think he should run the distance no problem and I think he will show us his nice turn of foot this time.”

A course-and-distance winner–a rare commodity in this field–Senor Toba (Aus) (Toronado {Ire}) gets the blinkers on for the first time from gate three. Trainer Caspar Fownes believes the gray can improve on his running-on fifth in the Classic Cup from barrier three, which has produced four Derby winners since 2000.

“We'll always take the stats if they're in our favour and if they're not in our favour, we'll try to change them,” Fownes said. “The horse is going to have the blinkers on for the first time, we took him to the gates this morning, he's starting to know how to jump better and know what we want of him.”