Derby Points On the Line in Hyacinth 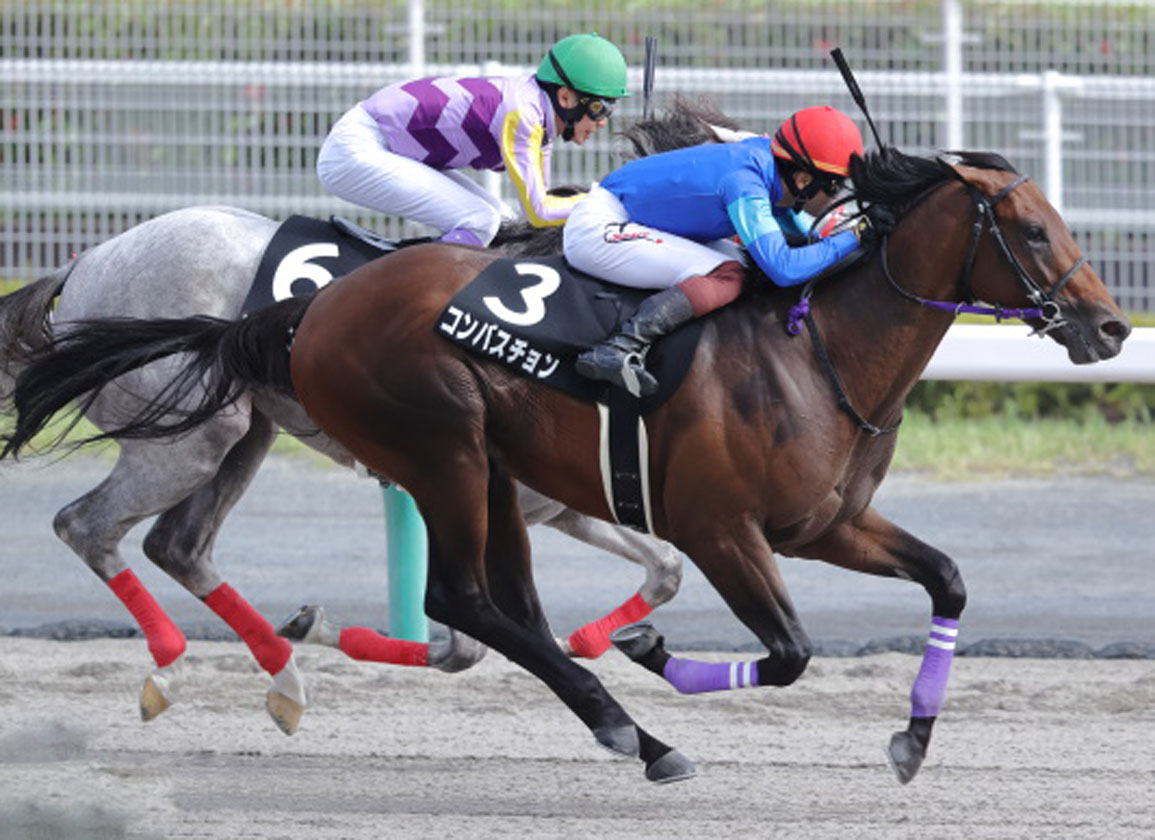 Tokyo Racecourse plays host to the Listed Hyacinth S. Sunday afternoon, a one-mile race around a single left-handed bend that offers a total of 51 (30-12-6-3) as the third of four events that comprise the 'Japan Road to the Kentucky Derby.'

Of the 13 males and one filly signed on for the Hyacinth, fully eight are last-out winners, but favoritism could fall to Godolphin's Combustion (Jpn) (Discreet Cat). A debut winner going seven furlongs at Toyko in late June, the homebred followed up with an allowance score at Chukyo and was runner-up in his two most recent starts, including to Dry Stout (Jpn) (Sinister Minister) in the second leg of the series, the Dec. 15 Zen-Nippon Nisai Yushun at Kawasaki (see below, SC 5). Combustion was not among the original nominees to the Triple Crown series.

Before heading out to Riyadh to pilot impressive Cattleya S. winner Consigliere (Jpn) (Drefong) in the $1.5-million Saudi Derby next weekend, Christophe Lemaire has the call aboard Good Deal (Jpn) (Big Arthur {Jpn}) in the Hyacinth. Fourth on debut in a 1200-meter turf sprint at Sapporo June 13, the bay colt has since won back-to-back starts on the dirt over 1400 meters at Hanshin in November and in the mud at Chukyo the following month.

Crown Pride (Jpn) (Reach the Crown {Jpn}) is perfect in two trips to the post thus far, each over the metric nine furlongs and each in handy fashion, including a six-length debut score at Chukyo in October ahead of a three-length tally at Hanshin when last seen Nov. 7.

Sea Vixen (Into Mischief) is one of two American-bred entrants and is the lone filly in the field. Bred by Breeze Easy, the $130,000 Keeneland September yearling turned $500,000 OBS March breezer has just one win from six starts, but has a powerful maiden victory and a good second in her two tries on the dirt.