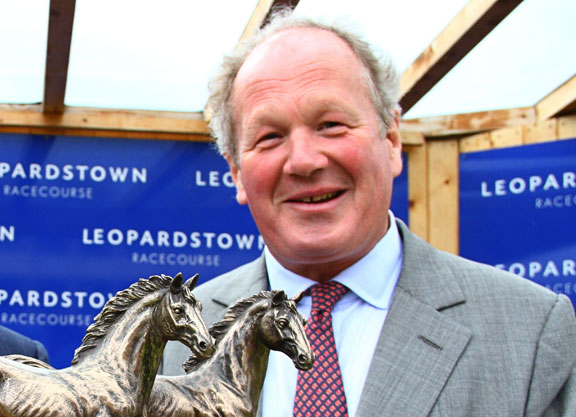 Flaxman Stables homebred Ulysses (Ire) (Galileo {Ire}) is under consideration for the G1 Investec Derby June 4 after breaking his maiden impressively at Newbury on Friday. The Sir Michael Stoute charge, who holds the distinction of being by a Derby winner and out of an Oaks winner, his dam being the G1 Investec Oaks victress Light Shift (Kingmambo), exited his third start in good order, according to Flaxman Racing Manager Alan Cooper.

“He won very nicely and has taken the race very well,” said Cooper. “As for plans, we will regroup with Sir Michael, Ryan [Moore] and the racing team and see what Sir Michael thinks we should do next. He's in the Derby, but he's just won his maiden. We are going to give his programme good thought and when we know, all will become clear. The way he won the other day was exciting.”