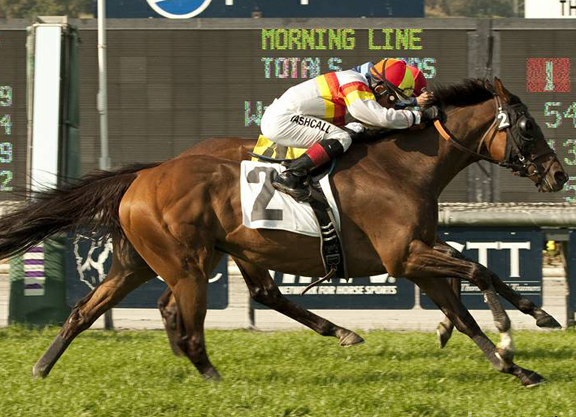 Longtime owner and entrepreneur David Heerensperger passed away Sunday. He was 82. Heerensperger and then-wife Jill first became involved in racing after purchasing a trip to the 1980 Kentucky Derby at a charity auction. They reached the Derby as owners in 2001 with GI Toyota Blue Grass S. winner Millennium Wind (Cryptoclearance). Trained by David Hofmans, the $1.2-million Keeneland September purchase was 11th in the Run for the Roses that year.

Heerensperger had horses with trainer John Gosden in California, but when Gosden returned to Europe, the owner turned to another transplanted Englishman in Hall of Famer Neil Drysdale.

“We had a very long and successful relationship and he became a very good friend,” Drysdale said. “We went all over the place and had a lot of fun.”

While there were plenty of graded stakes wins, asked to pick the most memorable, Drysdale admitted, “Probably when Hawksley Hill won the [1999 GI] Woodbine Mile and then was disqualified. David was quite pragmatic about it. I think I might have been more upset than he was. We did very well together, but I do remember that race well.”

A native of Longview, Washington, Heerensperger retired as CEO of Pay ‘n Pak Hardware Stores in 1989 and founded Eagle Hardware and Garden before retiring again in 1997. He was a major investor in Emerald Downs when racing returned to Washington state in 1996.