Daredevil to Stand at Lane's End for 2021 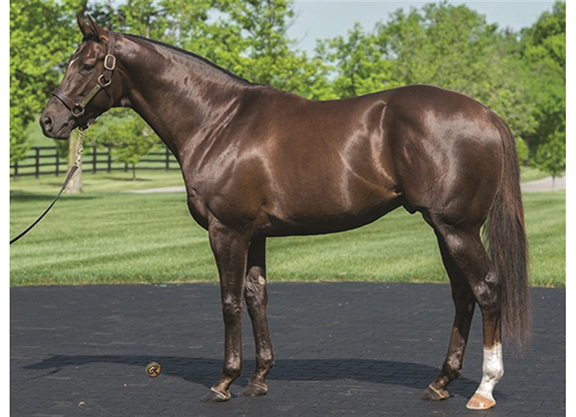 One of the top second-crop sires Daredevil (More Than Ready–Chasethewildwind, by Forty Niner) will relocate to Lane's End Farm for the 2021 breeding season. The GI Champagne S. victor will stand for $25,000.

Sire of 3-year-old sensations Swiss Skydiver and Shedaresthedevil, Daredevil is third on the North American-based, second-crop sire behind only American Pharoah and Constitution with just over half as many starters.

Daredevil is the only first-crop sire to ever sire an individual winner of the GI Kentucky Oaks and the GI Preakness S. in the same year. Swiss Skydiver is only the sixth filly to win the second leg of the Triple Crown in its 145 years. Shedaresthedevil was her sire's first Classic winner in 2020 and led home the exacta for her sire in the most prestigious 3-year-old fillies race of the year. These two Grade I winners from just 74 starters in 2020 represent a 2.78%, Grade I winners to starters. Behind only Galileo worldwide at 3.6% and ahead of North American-based super sires War Front (1.5%), Speightstown (1.35%), More Than Ready (1.27%), Tapit (.83%) and Into Mischief (.77%) in 2020.

After standing his first four years at stud at WinStar, Daredevil was sold to The Turkish Jockey Club. Daredevil covered 97 mares in his first season in Turkey this year, the biggest book of any stallion in the country. Daredevil will stand at Lane's End as property of the Jockey Club of Turkey.

“We are extremely honored that the Jockey Club of Turkey is entrusting us with the continuation of Daredevil's stallion career in America,” said Bill Farish. “What he has accomplished is nothing short of remarkable. I would like to personally thank Murat Sancal for his ongoing efforts, the board members of the TJK, and especially the President Mr. Serdal Adali. This is the beginning of a very fruitful relationship with them and we are very grateful.”

Daredevil is in quarantine in preparation for his departure to Kentucky. He will arrive at Lane's End near the end of November and be available for inspection shortly after.