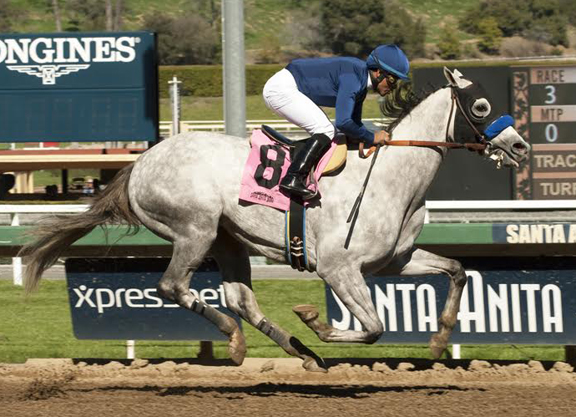 A colt from the first crop of Grade I winner Cupid (Hip 3391) topped Wednesday's trade when selling for $200,000 to bloodstock agent Larry Zap, who was acting on behalf of Michael Mellen.

The topper and the day's third-highest purchase, a son of fellow first-season sire American Freedom (Hip 3196), were both sold by Shawhan Place, who was the session's leading consignor by average.

“Both of them are big, strong colts, especially the Cupid,” said Shawhan's Matt Koch. “He is a good walking colt. We foaled and raised him at the farm. We know everything about it. That is kind of our niche, to bring up horses we are very familiar with, and the market rewarded us today”

Bred by Jory Sherman and Don Blowe, the Cupid colt is out of the Distorted Humor mare Just Joking, who is also responsible for GSP Quick Release (Trappe Shot). His third dam is champion Safely Kept (Horatius).

Zap could not be reached by phone, but tweeted a photo of the colt with the following caption: “Headed to Jesse Hoppel in Ocala to get his education! A special thanks to Amanda Murphy for helping out with isolating the colt. What a cool colt with a great mind and the physicality to match. Feeling so fortunate to have Mike Mellen believe in what we do!”

Hoppel will be heading back to Ocala with both of Wednesday's top lots, having purchased the second highest-priced offering, a $115,000 colt by first-crop sire Klimt (Hip 3523). Consigned by Vinery Sales, the colt was bred in New York by Allen Hallett and is a half-brother to Grade I winner El Deal (Munnings).

“There is not quite the stock that was in here in the earlier books,” said “So individuals like the [top two colts] are standing out amongst the rest. I am glad some of the guys who have a little more money than we do are already gone.”

From the buyer's perspective, Koch found the market to be tough.

“It is tough,” Koch said. “We had five horses in today. Two of them did extremely well, but with the other three it is tough sledding. When you've got that horse, it's great. They exceed your expectations. But, when you don't have that horse it is tough times.”