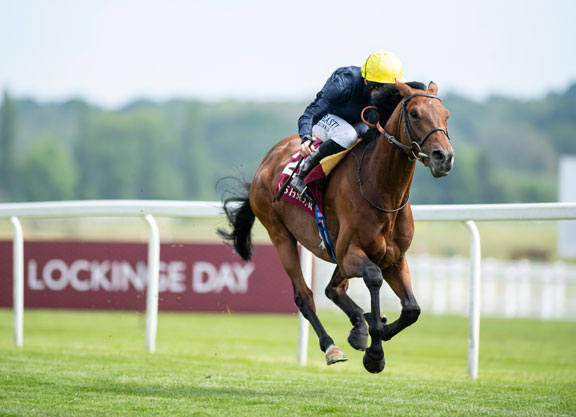 Godolphin’s newly retired Blue Point (Ire) (Shamardal) rose to a ranking of 124 off of 120 after his victories in both the G1 King’s Stand S. and the G1 Diamond Jubilee S. also at Royal Ascot. He shares that mark with Australia’s Santa Ana Lane (Aus) (Lope de Vega {Ire}). The G1 Coral-Eclipse went the way of dual Arc heroine Enable (GB) (Nathaniel {Ire}) (123), who sits in a join seventh with Happy Clapper (Aus) (Teofilo {Ire}) after defeating Magical and the 120-rated Regal Reality (GB) (Intello {Ger}) on Saturday.

There are a trio of new shooters to the 2019 rankings, all three claiming top-flight contests which earned them ratings of 120 apiece: Do It Again (SAf) (Twice Over {GB}) scored in the iconic G1 Vodacom Durban July, Stradivarius (Ire) (Sea The Stars {Ire}) continued his staying domination with another victory in the G1 Gold Cup at Royal Ascot and Too Darn Hot (GB) (Dubawi {Ire}) was back in the winner’s enclosure after the G1 Qatar Prix Jean Prat. For the full list, go to www.horseracingintfed.com.