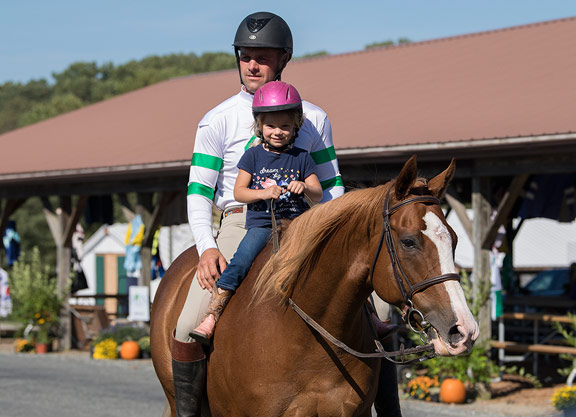 After suffering every horseman's nightmare, a barn fire that claimed the lives of 15 horses, Clovis Crane, who consigns 2-year-olds as Crane Thoroughbreds, is looking towards the future and feeling extremely humbled by the support of the Thoroughbred industry.

“I can't tell you how humbled I am,” Crane said. “This has been an unbelievable time in my life. Prior to the fire, we were rolling along and were on cruise control, training and getting ready. In the blink of an eye, everything was turned upside down.”

Crane was able to pull seven horses from the blaze at his Lebanon, PA, training farm Mar. 7, but lost 15 others, all of which were juveniles slated for the upcoming 2-year-olds in training sales.

“All 15 horses that perished were set to go to sales and took away most chances I had of making the year a positive,” Crane said. “In addition to my loss of horse flesh, I lost my tack and everything I used to train the horses.”

It was not long before the Thoroughbred industry rallied around their fellow horseman in his time of need. Lesley Campion started a Gofundme for Crane, which has raised over $82,000 to date. Other members of the industry have sent tack and supplies to help replace things Crane lost in the fire.

“The next day, one of my fellow trainers, who had quit training last week to take a job as a farrier, brought me enough tack where I could train the next morning,” Crane said. “Even though we had a disaster, there were still 38 horses to train. A group in Ocala got together and sent me a bunch of tack. There were about 12 exercise saddles and four western saddles. Someone showed up at my house with a saddle for my daughter Rosie. My friend Dr. Bruns sent two saddles, one for a kid and one exercise saddle. I know there is more coming from South Florida and Kentucky.”

He continued, “It was so awesome to see everyone rally behind us. My wife and daughter and I are going through all of the stuff that was sent and trying to organize and see what we do and don't need. We will donate what we don't need to folks who do need it. I probably have better tack now than I had before the fire.”

Crane said he was overwhelmed by the support, not only from the horse industry, but from his local community.

“I am incredibly blessed that the people around me have been humbling and amazing,” Crane said. “At our darkest moment, we didn't think we could move forward, but the people around us have carried us forward. It has been fabulous. People around us who I don't even know have volunteered their time to come help us with cleaning up the mess. It is just amazing how many good people there are. I would say 95% of people or more are good. They want to help and be good people. If there is anything we can take from this, it is that there are a lot of good folks around.”