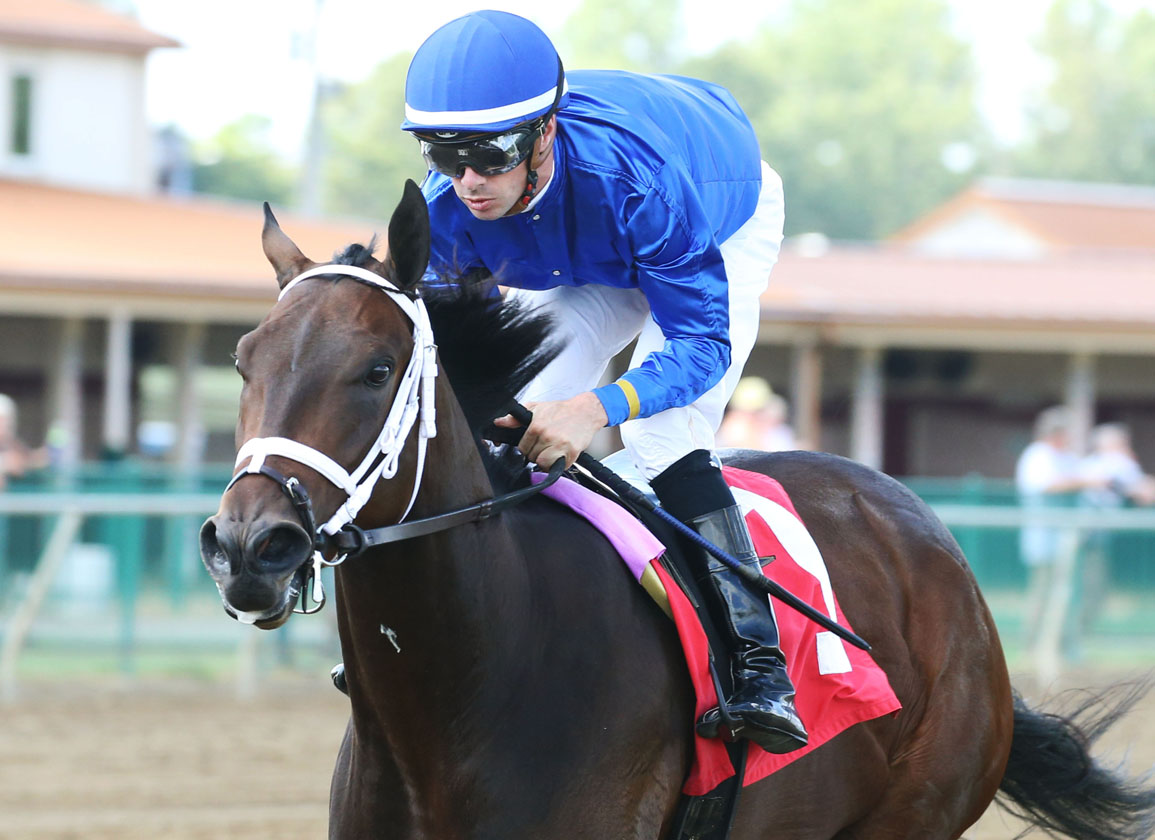 A duo of fillies from the Brad Cox barn coming off dominant maiden victories will attract plenty of attention from bettors in an evenly-matched field of 12 in Friday's opening-day GI Darley Alcibiades S. at Keeneland. The 1 1/16-mile test offers to the winner a fees-paid birth to the GI Breeders' Cup Juvenile Fillies.

Breaking from the rail is Albaugh Family Stables' narrow morning-line favorite Juju's Map (Liam's Map). Hammered down to 7-10 debuting for Cox July 25 at Ellis, the $300,000 Keeneland September graduate made a menacing run to the lead before flattening out late and settling for second. Odds-on again stretching out to a mile there Sept. 3, the bay popped out to the front and never had an anxious moment in the lane, cruising to a 5 3/4-length score under minimal urging from Florent Geroux.

Geroux opted to stay aboard Juju's Map instead of keeping the call on the other half of the Cox tandem, Godolphin's Matareya (Pioneerof the Nile). Backed to 9-5 as part of an entry debuting over 6 1/2 furlongs Aug. 20 at Ellis, the homebred made the lead under her own power, shook off several early challengers and discarded her stablemate in early stretch en route to a geared-down 4 1/2-length graduation.

A pair of fillies drawn wide appear to present the biggest obstacles to Cox, who won the Alcibiades in 2019 with eventual champion British Idiom (Flashback). In the 10-hole is Milam Farm's Penny Saver (Super Saver), who owns the top Beyer figure and Thoro-Graph number in the field for a devastating maiden romp last out. Runner-up as the favorite on debut going five furlongs June 18 at Churchill, the $65,000 Fasig-Tipton October buy was fourth after a slow start stretching out on the Saratoga turf Aug. 8. Turning a corner in the mornings to the tune of an unheard-of five-furlong bullet on the Saratoga training track in :58 4/5 (1/10) Sept. 4, the dark bay backed her works up with a 9 1/2-length tour de force over this trip Sept. 24 in Louisville, earning an 85 Beyer and 6 1/2 Thoro-Graph number.

One stall to her outside is Diamond Wow (Lookin At Lucky), who ships north for Patrick Biancone following a pair of victories to start her career. Unveiled over five furlongs on the Gulfstream turf, the chestnut made the pace and edged clear in the lane to a three-length success. Switched to dirt in the seven-furlong off-turf Our Dear Peg S. there Sept. 18, she showed rating ability, sitting off the pacesetter and taking over nearing the stretch en route to a 1 3/4-length triumph. Biancone reached out to Mike Smith to take over the reins from Romero Maragh for this engagement.

Two other stakes winners rate outside chances in Jim McIngvale's Runup (Runhappy), a three-length upsetter of the Sorority S. at 14-1 Sept. 6 at Monmouth, and Miss Interpret (Street Sense), who captured the washed-off P.G. Johnson S. for Todd Pletcher Sept. 2 at Saratoga.