Cordero Out as Franco's Agent 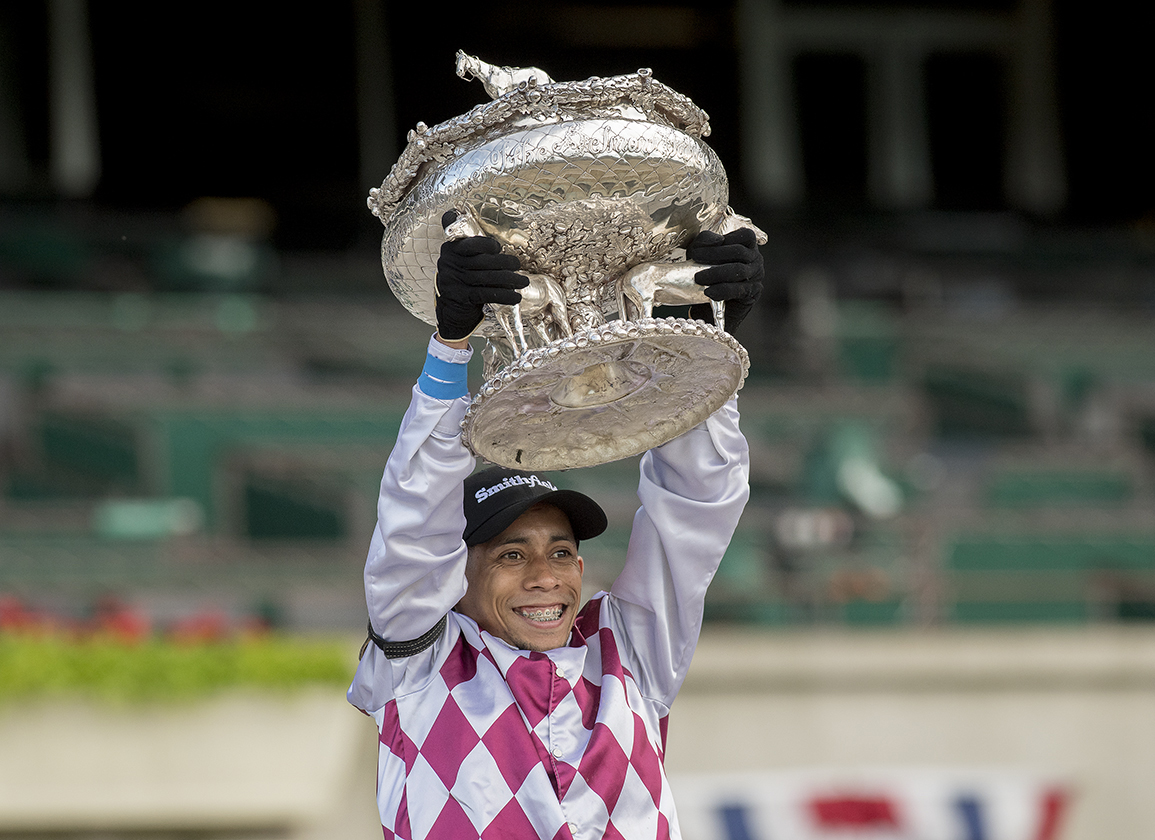 Manny Franco, who has been among the winningest riders on the tough NYRA circuit for the last several years, has fired his agent, Hall of Famer Angel Cordero Jr.

“It's true,” Cordero said Tuesday by text. “There's no problem. He just wants to do better. I don't blame him. Everybody wants to be No. 1.”

In 2020, Cordero was also dismissed by Hall of Famer John Velazquez after working as his agent for 22 years. Cordero, 79, is still the agent for apprentice Jose Gomez. He has not yet found a journeyman rider to replace Franco.

Cordero and Franco, 27, enjoyed much success together.     Franco attended the jockey school in his native Puerto Rico and began his career at Camarero Racetrack in 2013 and shifted to the New York tracks later that year. In 2019, he picked up the mount on Tiz the Law (Constitution) and would win four graded stakes with the New York-bred, including the 2020 GI Belmont S. and the 2020 GI Runhappy Travers S.

“I'm just happy to have him on my side,” Franco said of Cordero in a 2020 interview with the Daily Racing Form's David Grening. “He's been in this position before. He always talks to me about how to handle this time, and I'm just blessed to have him in my corner.”

Franco, who has always stayed in New York year-round, won 183 races at the NYRA tracks in 2021, finishing just behind Jose Ortiz and Irad Ortiz Jr. Franco was NYRA's leading rider in 2018 and 2019 with a combined 456 wins, but he is off to a slow start at the current Aqueduct meet. With 13 wins from 94 mounts, he is tied for fourth place in the standings.

As far as his future as an agent, Cordero was understandably downcast Tuesday.

Franco did not return a phone call seeking comment. Cordero said he was not aware who Franco had hired to replace him.