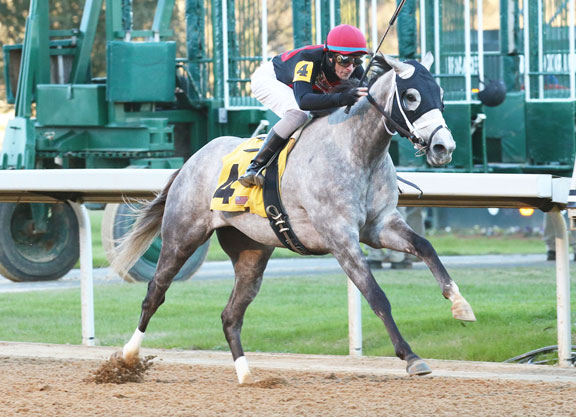 Chief Know It All | Coady

The 2017 GIII Canadian Derby has been declared official–for the fifth time.

But the upholding of the controversial commission-level disqualification of Chief Know It All (Flashy Bull) from western Canada's most prestigious race might still not end up being the final judgment in a case that has now languished in the courts for three-plus years.

The Alberta Court of Appeal ruling, first reported Nov. 23 by Canadian Press, is the latest twist in the prolonged legal challenge over whether stewards are the final arbiters of foul-related race disqualifications in that province.

This latest judgment–which essentially upholds the right of a quasi-judicial, independent body to overturn race outcome decisions made by track officials in Alberta—stands in stark contrast to the opposite United States federal court ruling from earlier this year that declared Churchill Downs stewards had the full power and final say in DQ'ing the winner of the 2019 GI Kentucky Derby for an in-race foul.

On Aug. 19, 2017, at Northlands Park, Chief Know It All, then owned by Rollingson Racing Stable and trained by Robertino Diodoro, won the $150,000 (CDN) stakes by a half-length.

There was a dead heat for second, and the stewards investigated a foul claim on behalf of one of the runners-up.

Bear caused his own stutter-step problem by running up on the left hind of Chief Know It All.

The stewards ruled no foul occurred, leaving up Chief Know It All as the winner.

The connections of Double Bear appealed to Horse Racing Alberta, which has something called an Appeal Tribunal comprised of up to three members who hear appeals on rulings made by horse racing officials, with the ability to render reversals independent of Horse Racing Alberta.

Ten months later, the Appeal Tribunal did indeed reverse the outcome of the 2017 Canadian Derby, DQ'ing Chief Know It All for interference while elevating Double Bear and Trooper John (Colonel John) as dead-heat winners.

Rollingson Racing took the matter to court, seeking a remand back to the original stewards' decision, but had no luck in two lower court attempts before the case went before the Alberta Court of Appeal, which similarly upheld the tribunal's power to overrule stewards.

According to Canadian Press, “Rollingson Racing argued that the Appeal Tribunal did not have enough members to make the decision to disqualify, because one of them had been let go partway through the proceedings. The Appeal Court has dismissed the argument [ruling that] a section of Alberta's horse racing act could be interpreted to allow a former member to return so as to conclude a complaint that was already before the tribunal.”

It was unclear if Rollingson Racing will pursue further legal attempts to fight the DQ.

Chief Know It All has long since left the Rollingson stable and Diodoro's barn. He won the GII British Columbia Derby at Hastings in his next start after the Canadian Derby, then shipped out to race at Zia, Oaklawn, Prairie Meadows, Canterbury, Turf Paradise and Churchill.

During 2019 and into 2020, he was claimed four times while crossing the finish line first in five of six races at Churchill, Saratoga, Keeneland and Aqueduct.

But in one of those races, on Nov. 14, 2019, Chief Know It All was DQ'd from a 12 1/4-length win at Churchill while also having his claim voided for a Class 3 naproxen positive while under the care of trainer Danny Gargan. The gelding currently competes at the $25,000 claiming level in New York, most recently running third at that level Nov. 13.