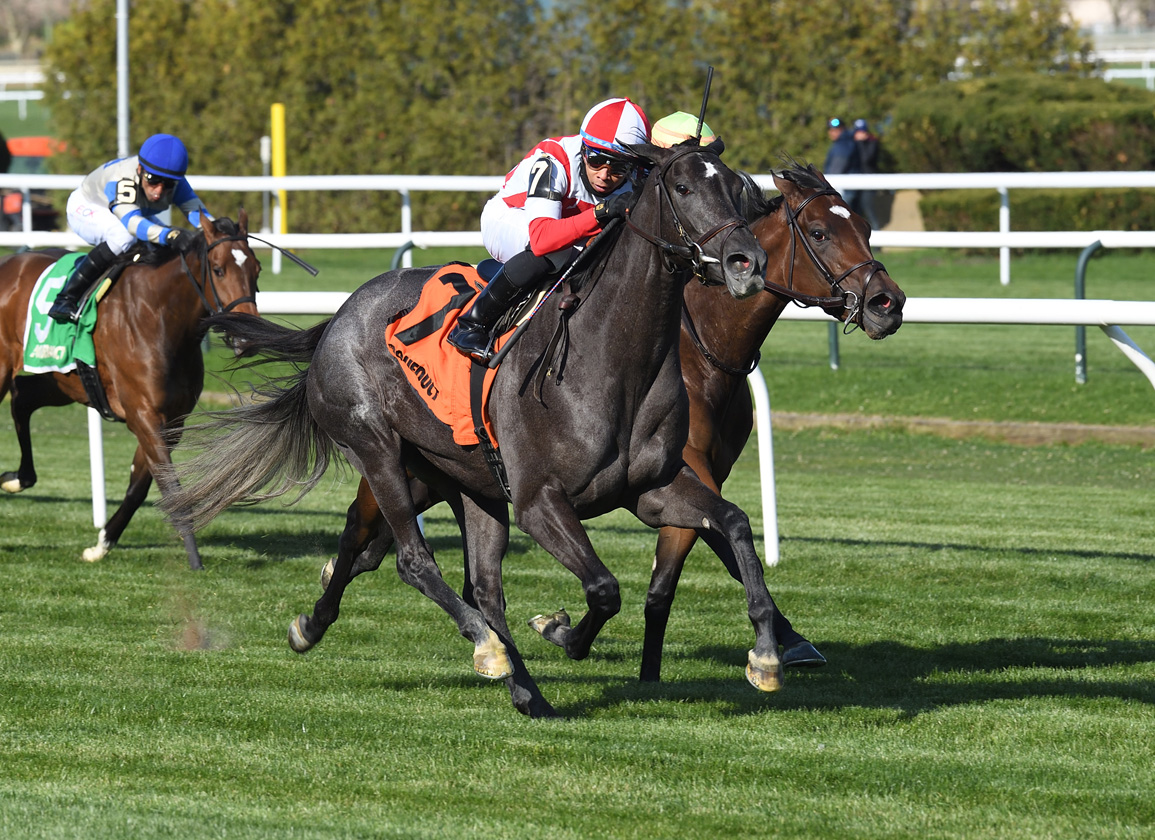 “This filly has really done well over the winter…Trainers will say it, but she really did do what you want to see from two-to-three, both physically and mentally, almost to the point I was almost surprised how much she improved,” said Chad Brown post-race. “I wasn't sure off the Breeders' Cup if she was the type to train on. I was torn between if she was a juvenile that got there early, or is she going to show some good quality down the road. It was pretty apparent from February that this filly was really going the right way and doing everything you need to do to have a nice career ahead of her. She certainly proved it today.”

Her dam's second foal, Consumer Spending has a winning older half-brother named Behavin Myself (Malibu Moon) and a 2-year-old half-brother by Empire Maker named Baba Voss as well as a yearling full-sister. The mare is expecting a 2022 foal by American Pharoah this season. Click for the Equibase.com chart or VIDEO, sponsored by TVG.