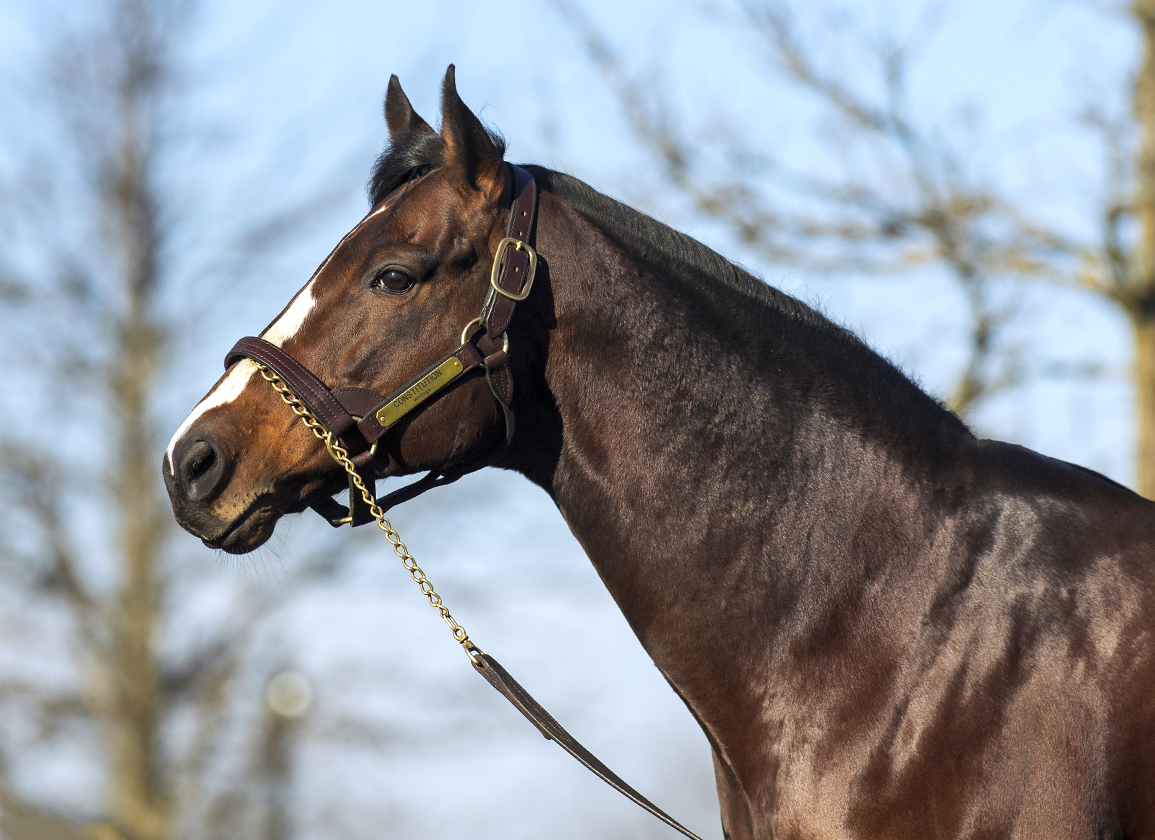 Slightly worse than centerfield and purposefully kept out of the kickback five wide down the backstretch, the Twin Creeks runner was asked to improve leaving the three-eighths marker and was five or six wide into the stretch. He was able to sustain that long bid to overtake Mr. Wireless at the sixteenth pole before going on to score narrowly in the finish.

The 21st worldwide stakes winner for WinStar's Constitution, Warrant graduated second out going six furlongs Feb. 16 at Fair Grounds before finishing a nose second to barnmate Joe Frazier (Distorted Humor) in a seven-panel Keeneland optional claimer Apr. 3 and filling the same slot in the aforementioned Oaklawn S. He has a 2-year-old full-brother named War Room and his dam produced a Good Magic colt last term before returning to Constitution once more. Click for the Equibase.com chart or VIDEO, sponsored by TVG.