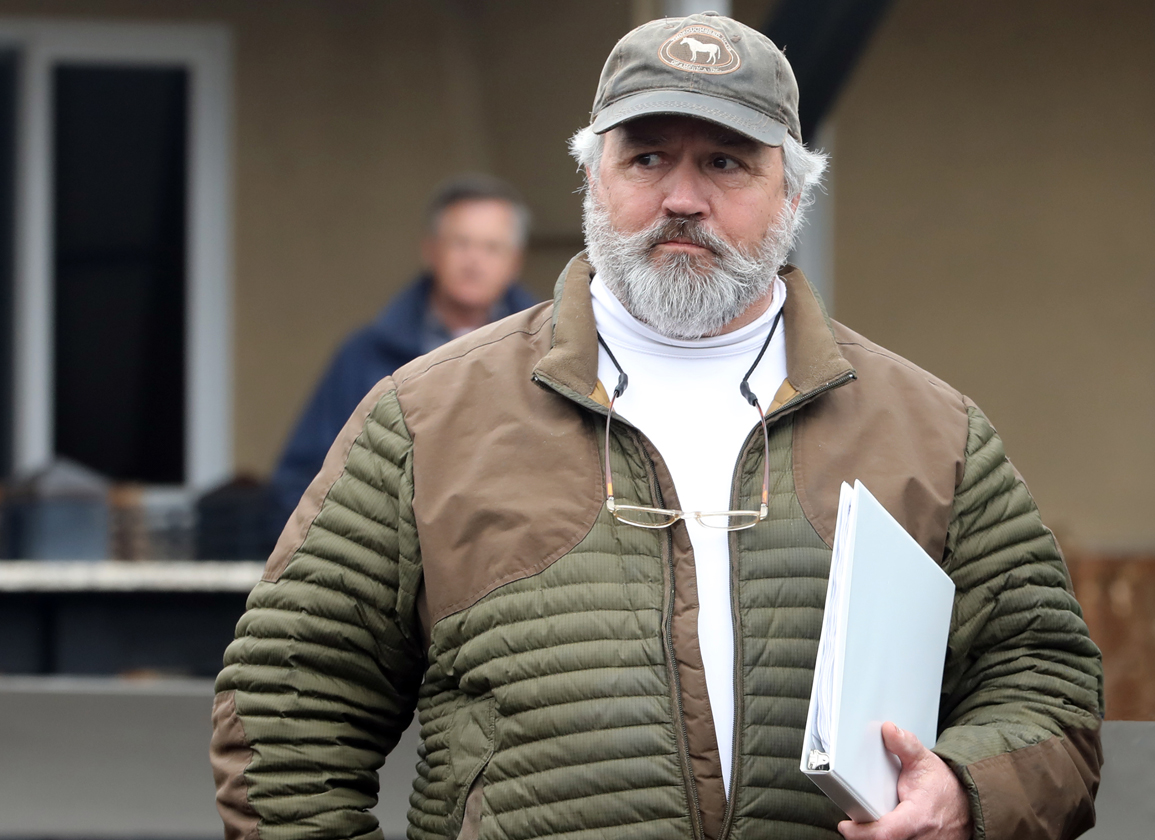 Well-respected consignor Jim Herbener, Jr. died Sunday morning of an apparent heart attack. Herbener, who was in the midst of selling horses at the Keeneland September sale, died at his home in Georgetown, Kentucky. He was 69.

His death was confirmed by his long-time friend, John Williams.

Herbener was the consignor of seven yearlings in the sale, including an Arrogate filly who sold Sunday for $80,000. Williams said that he and Herbener's daughter Heather, will team up to sell the remainder of the Herbener horses left in the sale.

“He was my best friend,” his daughter said. “I traveled to every sale with him since I was a child. We were always together. This is such a shock.”

Among the horses Herbener sold in recent years is Hot Rod Charlie (Oxbow), who crossed the wire first in the GI TVG.com Haskell S. before being disqualified for interfering with another horse. Herbener sold the now 3-year-old star at the 2019 Fasig-Tipton Kentucky Winter Mixed sale.

Williams said he talked briefly with Herbener on Saturday at Keeneland and that his friend was in good spirits and seemed to be in good health. The two discussed having a drink together after the sale concluded.

“For 42 years we had a great friendship,” Williams said. “It was one of the great friendships of my life. He was the consummate horseman and an incredible human being. He was quiet. If the spotlight came his way, he would deflect it. He kept his nose down and kept doing what he did, like very few could do. I know that from personal experience over all these years. He was one of my dear, dear friends.”

Herbener was born in Hampton Roads, Virginia, and was born into a family of equestrians and began riding horses early on in his childhood. According to Williams, Herbener trained briefly and also had a stint as a steeplechase rider before settling in in Kentucky and setting up shop as a consignor.

“This was a marvelous man,” Williams said. “We had such a close bond and the common link was the horse. He and his wife Cathy enriched my life. They were incredible horse people from the old school.”

Along with his daughter Heather, survivors include wife Catherine, son-in-law Dr. Patrick Ford and grandchildren Reagan, Patrick, Vivian and Tucker.