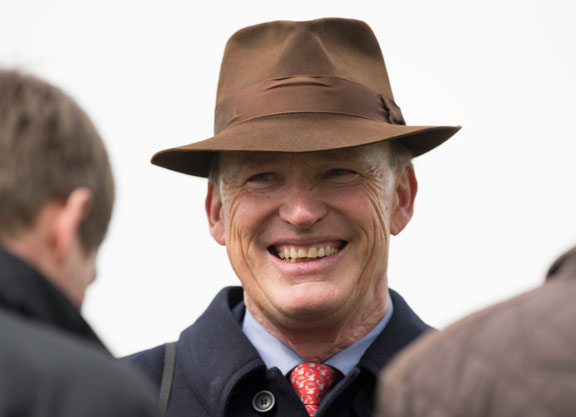 This year, the stayers have entered back into the public consciousness thanks largely to the launch of the WH Stayers' Million for winners of four races in the sequence, and Friday's G2 Mansionbet Yorkshire Cup is one of them. Leading light here is last year's G2 Goodwood Cup and G2 Queen's Vase hero Stradivarius (Ire) (Sea the Stars {Ire}), who holds the aces on form and is the most likely of these to scoop the £1-million. Bjorn Nielsen's diminutive chestnut was third behind Capri (Ire) (Galileo {Ire}) and Crystal Ocean (GB) (Sea the Stars {Ire}) in a hot renewal of Doncaster's G1 St Leger over this trip in September, with the G1 Melbourne Cup winner Rekindling (GB) (High Chaparral {Ire}) and Thursday's G2 Middleton S. scorer Coronet (GB) (Dubawi {Ire}) in arrears. He also ran a close third behind Order of St George (Ire) (Galileo {Ire}) and Torcedor (Ire) (Fastnet Rock {Aus})–who recently took another of the Million series's races, the G3 Sagaro S.–in Ascot's G2 Qipco British Champions Long Distance Cup on soft ground which would have played against him. “He's had a good spring and the plan has always been to start him off in the Yorkshire Cup,” trainer John Gosden told the Racing Post. “I see Mr Mullins is sending over a good one and this will put him right for the Gold Cup.”

Willie Mullins's “good one” is Max Dynamite (Fr) (Great Journey {Jpn}), who went so close to winning a G1 Melbourne Cup in 2015 and was third in last year's edition. Impressive in the 2015 G2 Lonsdale Cup here, he is joined by fellow dual-purpose runner and stablemate Wicklow Brave (GB) (Beat Hollow {GB}), who is some way off the form of his 2016 G1 Irish St Leger defeat of Order of St George. “Max Dynamite has been a bit disappointing over hurdles, but he's probably just not in love with them and he also wants proper fast ground,” commented Willie's son and assistant Patrick Mullins. “It looks like conditions at York will play to his strengths and hopefully he'll bounce back to form. With Wicklow, a lot depends what side of the bed he gets out of. He's not getting any younger, but he retains plenty of ability and hopefully he'll continue to pay his way.”